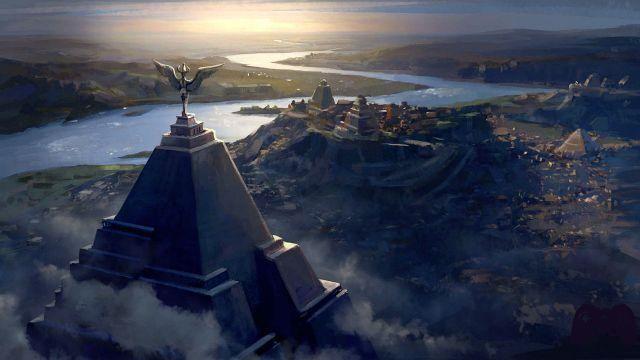 Are we always forced to sacrifice something to have a story with the right breath in a video game? This question would have to be asked to the boys of Telltale Games that with their quality titles have placed themselves in the videogame market with very specific ideas. Taking off thanks to the well-deserved success of the first season of The Walking Dead, the Californian studio has now reached the fourth episode of his latest effort linked, this time, to the series Games of Thrones designed by George RR Martin. After an excellent first half (you can already find the review of the first, second and third episodes online), will the series be able to amaze once again? Find out in our review of Game of Thrones Ep. 4 - Sons of Winter.

Once again we try to deal with thenarrative aspect of this episode avoiding to reveal salient facts of the previous episodes. The plot di Sons of Winter manages to conquer the player, mainly thanks to the continuous passage between one character and another within the story. Never as in this chapter, however, the sections related to Rodrik are the best of the whole production, creating a clear cut from the other characters and, in particular, to the part dedicated to Mira. It should also be emphasized how some choices made in this and in the last chapter do not in the least affect the general plot, leading us in a certain situation even to Game Over. This lack of being able to decide the future of our characters unfortunately ruins the overall atmosphere of the episode, slightly lowering the quality compared to the previous chapters. For what concern finalinstead we can see some lack of phatos, most likely due to the climax reached a few minutes before which, we are sure, will involve and thrill even the most demanding player.

Between small rooms and corridors

interaction with the environment will be reduced to a minimum

Il gameplay di Game of Thrones Ep. 4 - Sons of Winter does not detach in the least from the other episodes, pushing us to go through corridors once again within which we will be forced to interact with certain people. Once again, in fact, the interaction with the environment will be reduced to a minimum, by making dialogue choices the real focal point of the series. Choices that, as anticipated in the previous paragraph, sometimes they do not lead to influential or alternative narrative solutions, causing the Game Over and forcing us to take different paths. We hope that the other decisions taken within this episode are reflected decisively in the next two chapters, making the slight decline of this episode an isolated case.

The shot you don't expect

As regards the technical sector the guys from Telltale Games they have never shone for the attention to detail, especially from a purely graphic point of view, but never as in this title are they present many drops in frame rate it's a excessive use of the blur effect. As for the frames, just know that only during the opening of the episode the title shoots conspicuously from 3 to 4 times, making viewing downright annoying. Fortunately in the second half of the chapter the situation seems to return to normal, forgetting the first difficult minutes of the game. A shame also for theblur effect used in the background of previous episodes that, this time, appears particularly marked going to also affect the human figures in the background. The polygonal modeling of the characters, on the other hand, is not unchanged compared to the past, giving away stylistically interesting moments, but not hiding one background woodiness always present. Nothing to say about the sound sector and dubbing which, as in the past, are of quality thanks to one acting of the actors / voice actors always valid and to a always appropriate soundtrack to any situation.

Verdict 7/10 Who goes with the lame ... Commentary Game of Thrones Ep. 4 - Sons of Winter is a slight misstep within the Telltale production linked to the Throne of Swords. A slightly lower narrative sector, the lack of influential choices on the plot, a Game Over caused by a certain decision and a large number of technical problems are the reasons that led us to prefer the previous chapters over this last episode. We hope that it is a sporadic error due to the moment of calm that precedes the storm of the next episodes and we feel again to recommend the purchase of the series only to those who make the narrative sector the main reason for which to play a video game. Pros and cons ✓ Always excellent narrative sector
✓ Rodrik is a wonderful character x Choices that do not affect the development of the plot
x Gameplay reduced to a minimum
x Continuous frame drops in the first half of the chapter
x Too much blur effect

Do you want to be a video game expert and know all the tricks, guides and reviews for your video games ? Holygamerz.com is a group of video game fanatics who want to inform you about the best tricks, guides and tips. We offer you the best information to be a reference in gaming, so here you can find guides, tricks, secrets and tips so you can enjoy your games to the fullest. Are you ready to get all the achievements of that game that you resist so much? Enter now and enjoy your favorite video game to the fullest!
Kingdom Hearts Special - A history review ❯

Add a comment from Game of Thrones Ep. 4 - Sons of Winter