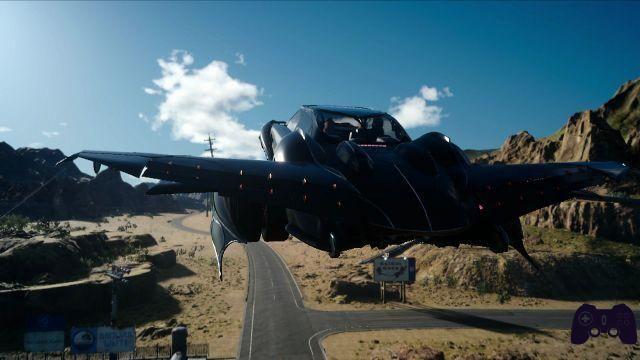 Ten years, that's how long we waited before Square-Enix completed the fifteenth "final fantasy". First shown during E3 2006 under the name of Final Fantasy Versus XIII as an integral part of the Fabula Nova Crystallis, during E3 2013, the name was changed to Final Fantasy XV, making it a de facto main chapter and no longer a spin-off. With its release on November 29, the saga's transition to action mechanics is finally completed with an experiment that was successful in some respects, but unsuccessful in others. Without further ado, let's analyze in detail the latest work from the Square house, increasingly discussed and chatted.

The prince seeks a wife

The events of Final Fantasy XV take place in the world of Eos as Prince Noctis and his friends Ignis, Prompto and Gladio. Most of the regions are under the rule of the Niflheim Empire, except for the Kingdom of Lucis, home of our protagonists. The game begins with Noctis leaving to join his betrothed, Lunafreya, which took place a few days before what should have been a happy day. A peace agreement was in fact foreseen between the two world powers, but this was not the case due to the betrayal of the Empire. Over the course of the fourteen chapters that make up the story of Final Fantasy XV we will therefore see a prince traveling with his friends to claim his throne and thus put an end to the threat of Niflheim.

The plot, banal and unconvincing, is collected in the last chapters

Unlike the rest of the saga, the storytelling is not linked only to the videogame, but also uses other multimedia means. In fact, the prelude to what happens is told through the film Kingsglaive, while the origins of the relationship between Noctis and his allies is left to the anime Brotherhood. While this division seems to be an interesting experiment, on the other we find ourselves with a rather disappointing result. The relationship between the characters is not very thorough and left enough to itself, just as the whole narrative is poorly calibrated and poorly told. Indeed, the vast majority of the unfolding of the story is collected in the last chapters, with situations presented almost at random only to justify events in the immediate, or not, future. All those plot holes are due to this Square-Enix has stated that it wants to fix it later by patch, a highly questionable choice despite the fact that it was made, plausibly, with the best of intentions. Even the twists and turns lack pathos, ruining what should have been the best moments of the game. All this results in a banal and unconvincing plot, poorly told, which fails to maintain the levels reached instead by the film, which seemed to have laid a solid foundation for a definitely better story. The defects of the narrative are then also reflected on the characters, in particular the secondary ones that will characterize the player's journey, with little elaborate personalities and that will easily be forgotten. The four protagonists, on the other hand, are the result of a more in-depth work, although they follow the usual stereotypes in a way too excessive for what are the standards of the saga.

As already mentioned in the introductory hat of the review, Final Fantasy XV definitively switches to action mechanics. The gameplay, in fact, is structured in such a way as to guarantee fluidity and speed to the fights, entrusting the task to a few buttons useful for carrying out defensive and attack actions. In particular, it will be possible to carry out somersaults, dodges and parries, with the possibility of counterattacking, unleashing combos and making projections. With the latter option, you can teleport either against the enemy causing massive damage or to a safe place to recover vital (HP) and magical (MP) energy. You can then use healing objects or resort to particular techniques that exploit the ATB in a way quite similar to what is seen with Final Fantasy XIII. The meaning of the spells has also been changed, here represented as a sort of explosive grenade, with a wide range and very dangerous if we consider the presence of "friendly fire".

The combat system is beautiful to look at, but not to play

The fights take place in real time, with enemies visible directly on the screen, without scene changes and / or interruptions. Although there is also a reflective mode that tries, from afar, to keep the shifts, the result is not very satisfactory and is absolutely not recommended, even for practical reasons alone. As we said, in Final Fantasy XV, Square Enix tried in every way to give a strong sense of fluidity and speed, almost as if the player were watching a movie rather than playing a video game. The result was largely achieved by the work of Nomura and Tabata, thus creating clashes that are nothing short of cinematic and absolutely beautiful to see. Unfortunately, however, to achieve a similar effect it was necessary to overly and almost brutally automate the controls, greatly simplifying the gameplay. No special skills will be required from the player to perform effective combos, just as the defense is linked to trivial Quick Time Events. The compromise that was thus reached denotes a certain superficiality, in a system that prefers to be a masterpiece for the eye rather than a product that gives satisfaction in being played and that lacks a certain strategic and tactical depth that has always characterized the game. series. 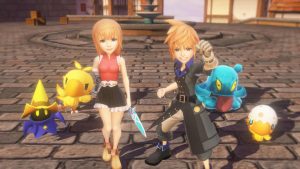 To learn more:
World of Final Fantasy 1 2
Do you want to be a video game expert and know all the tricks, guides and reviews for your video games ? Holygamerz.com is a group of video game fanatics who want to inform you about the best tricks, guides and tips. We offer you the best information to be a reference in gaming, so here you can find guides, tricks, secrets and tips so you can enjoy your games to the fullest. Are you ready to get all the achievements of that game that you resist so much? Enter now and enjoy your favorite video game to the fullest!
News Wolfenstein Youngblood: new trailer during E3 ❯