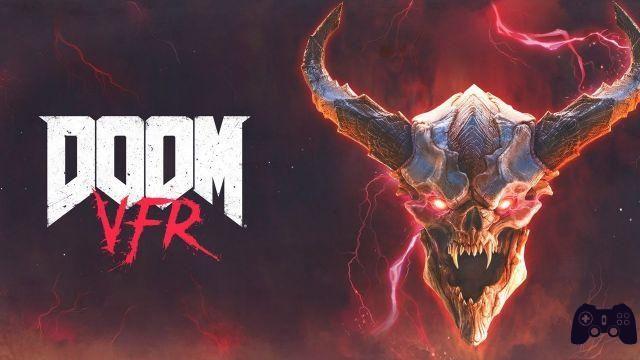 Doom VFR is a nightmare that finally materializes in our retinas, the perfect litmus test of how Virtual Reality manages to make a developer's lucid (and playful) delusions concrete. But also limits that haunt everything that surrounds PlayStation VR.

For practically a year on these pages we have been talking about motion sickness - or, for the diehards of linguistic archism, motion sickness. Words more or less exotic and more or less complicated to express a typical annoyance of Virtual Reality which in practice can be traced back to a "trivial" car sickness. Not everyone knows, however, that these are not disorders that were playfully born with Virtual Reality, but rather, have their roots in the first seminal first-person experiences, when these first-person experiences started to become more realistic and complex on the graphic front (more “polygonal”, if you like).

Doom invented motion sickness and dubbed it as Doom Sick: bringing id Software behind (or inside?) A VR headset was a must.

We are talking about the son of John Carmack (and John Romero) who finally arrives about the technology that has engulfed John Carmack, who left id Software to fill the Oculus VR CTO chair. How can you not get involved? Also for this reason, talking about Doom VFR with a certain detachment - as if it made sense, or was possible - is a feat: a nightmare that finally manifests itself in blood and bone (or at least, it has never come closer than this), ideally embodying what is the state of the art when it comes to Virtual Reality and PlayStation VR.

Plot? Do you really need it?

Video games are more than the sum of their parts. Or at least, this is the thought of the writer: these are experiences that have all (or almost) the characteristics of a trip, where the price of the ticket and the relationship between it and the contents offered represent only the most practical and “Venal” of the package. All this panegyric - not to mention climbing on mirrors (we know you thought that) - to simply say one thing: it matters little that Doom VFR recycles almost all of its assets, from the settings to the polygonal models, from the sensational Doom of 2016. It doesn't matter if the duration is not striking, if basically it is a series of arenas full of demons linked by a plot of convenience. We are talking about a series where the plot - quoting verbatim - is considered as important as in a porn film, of a product that must arouse erections (but on the other side of the screen) through the experience pad in hand. And he can damn well do it. 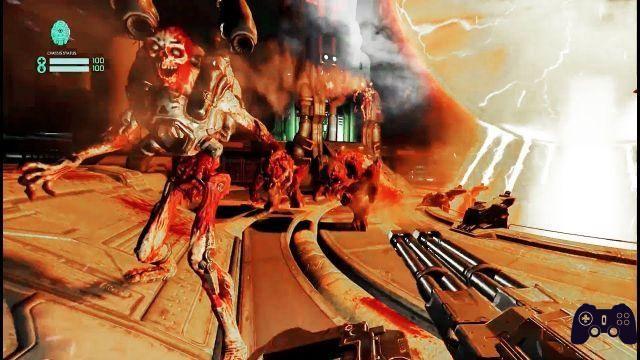 You can play with Dualshock 4 or with two PS Moves ...

Well, in the meantime as long as you have a Aim Controller and to forget about the existence of Dualshock 4 and PlayStation Move. On the controls front Doom VFR supports practically all the solutions we have tried in the past months, with their pros and cons. Dualshock 4 is undoubtedly the most familiar peripheral with which to immerse yourself in the game world, but on the other hand we have already seen how it gives birth to that annoying sense of detachment between action in the virtual world and movements in the real one which translates into the aforementioned Doom disease at its maximum expression. You can play the experience with the controller, but we don't see why you should do it. PlayStation Move is the subject that arrives immediately after Patient Zero, and which would seem to be the solution also suggested by the interface and the "on-screen" setting of Doom VFR, chosen knowing full well that on Oculus you interface the product with a very similar device. Very similar, but overall better built: controller in hand in fact PlayStation Move shows its historical limits and betrays its nature as an emulator of what was the Nintendo Wii Remote, where it would have been more appropriate to present a revised and corrected peripheral for Reality Virtual. The analog sticks are missing and they are missing for the whole experience, although id Software has tried to patch us up with what it had available. More: the trigger system is managed with the front buttons of the left Move - yes, two are obviously required to play -, with the result of requiring a bit of getting used to to understand which of the four buttons corresponds to the direction in which you are. you want to move quickly. Overall however the gaming experience this way is more than decent, the "aim and shoot" system relegated to the Move on the right hand is very intuitive and it must be admitted that throwing a grenade or punch the demons on duty when you collect the Berserker power-up it excites. And likewise, the "teleportation" displacement system is well contextualized and greatly limits the phenomena of Sick of Doom who otherwise would suffer to move, especially if you decide to play standing up.

But it is once Aim Controller is turned on that the experience explodes, and with it our brains: Doom VFR can really be played at “Make me hurt” thanks to Sony's shotgun.

…But why do it, if Aim Controller kicks them in the face? (playfully speaking, of course)

And we are not referring to the historical level of difficulty - which corresponds to the normal mode, within the "standard" classification - but to how it is possible personalize and sew the playful experience on your skin, even at the cost of going voluntarily meeting to the typical annoyances of Virtual Reality. Aim Controller allows, with the "basic" setup, to play exactly as you would play with two PlayStation Moves (moving from teleport to teleport, aiming and shooting) but relying on a more immediate layout, given the position of the trigger to shoot, the possibility of shooting in four directions using the peripheral d-pad and the possibility of opening the weapon wheel and then “navigating” it with the analog stick placed on the butt of the rifle. Starting from here, however, it is then possible to enable the game movements via analog stick, which go alongside those via teleportation and if it is true that they "strain" the player more, on the other hand they give a lot of extra freedom, which all translates into fun. And the same can be done for "camera movements", allowing you to rotate the view using the other lever - both "jerky" and more fluidly, whereas PlayStation Move instead only allowed a 180 ° rotation (also revived here, on one of the front buttons of Aim Controller). Final results? Take and play them all doing what you like: id Software took it well enough to allow us to be wrong and "hurt ourselves", demonstrating a respect for the players that derives, paradoxically, from the lack of impositions. Model parents, videogame speaking, with all due respect to those who in the 90s labeled them as a bad example for all those future adults who grew up on Phobos killing demons.

Have you wondered what the "F" stands for in the title?

Easy, the meaning is the same as the "F" in BFG. And it has a lot of waves, since we are really in front of a fucking Doom experience in VR.

You can make any objections to the case. But Doom VFR remains a must play of technology

It is impossible to describe in words pure ecstasy that passes through the player when, for the first time, he is faced with ever so real versions of the demons he has learned to know and fill with bullets. And if the emotion began to flow profusely already with a simple holographic model of Infernal Baron, you understand what happened when we met the same creature - but "live" - ​​in one of the game levels. In short, if you have arrived here at the bottom looking for some talking cricket to tell you why it is not worth throwing a nice Playstation VR + Aim Controller bundle under the Christmas tree, you asked the wrong figure. Especially since the performance is excellent, both from a technical point of view - it was essential to hit the target, and id Software does not disappoint - and in terms of the precision of the detection of the controls, which is adequate with PlayStation Move and to the limits of the phenomenal with Aim Controller, at this point a really obligatory purchase to enjoy one of the most enjoyable experiences that Virtual Reality can offer today. Even with the limits already highlighted on the content front and with the economic considerations of the case, but the position of the author of this review is notoriously in contrast with these arguments: the better the substance, especially if you no longer have a thousand hours of free time available. 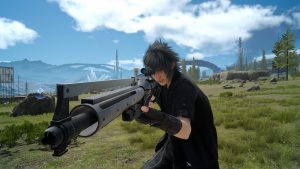 To learn more:
Generating too much gameplay - a game costs more than 70 €

And, since we are talking about substance, Doom VFR decides to increase its not excellent longevity with a huge and very welcome Operation Nostalgia: in the game maps there are some collectibles (in the form of pseudo-POP of the Doomguy, as in the reboot of the last year) that allow access to some of the classic maps of the original Doom. Yes, that's right, you can live - live literally!  - the Gospel according to Carmack and Romero as we have never lived it firsthand, in an alienating dip pierced back twenty years that made us stay under. And who cares if we shouldn't say it and we should use a more detached and "journalistic" approach, video games are also emotion and playing some maps of the first Doom reproduced pixel by pixel was one of the most intense moments of the year.

Verdict 8/10 You will have no other Doom but me. Comment If you haven't played Doom VFR, you've never really experienced Doom. And it does not matter if it is not the most economically sustainable company that you can deal with pad in hand - indeed, more than pad, Aim Controller - and that in the end much of the offer follows, now from the reboot (is it really a reboot?) Of the last year and now from the glorious and immortal head of the series. It is Doom in Virtual Reality, and if we have not been able to convince you of the thing with the 1500 words that precede this box, we no longer really know how to emphasize the concept. Pros and cons ✓ It's Doom, in VR
✓ Classic maps!
✓ id Software lets us "hurt ourselves" x Limited duration
x It works best with Aim Controller
Do you want to be a video game expert and know all the tricks, guides and reviews for your video games ? Holygamerz.com is a group of video game fanatics who want to inform you about the best tricks, guides and tips. We offer you the best information to be a reference in gaming, so here you can find guides, tricks, secrets and tips so you can enjoy your games to the fullest. Are you ready to get all the achievements of that game that you resist so much? Enter now and enjoy your favorite video game to the fullest!
News + PS4 video games postponed: is The Last of Us 2 just the first? ❯