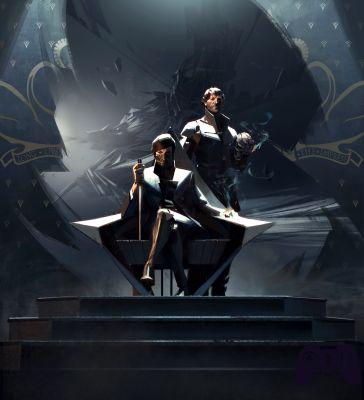 In these last days of Gamescom 2016 we did not miss the opportunity to make a visit to the area set up by Bethesda, where we were able to attend a "double" presentation behind closed doors, where we were shown sequences played by Prey e Dishonored 2. To the first of the two titles we will dedicate a dedicated preview tomorrow, focusing in this article on the continuation of the events of Corvo Attano who, paradoxically, did not show up on stage, leaving the spotlight to Emily kaldwin, object of the protagonist's mission in the first chapter and now promoted to the role of playable co-protagonist.

From prey to predator

In 15 years Emily has become a very effective killer

The sequence played allowed us to witness firsthand the use of some of the supernatural abilities of Emily, who immediately seemed to us to be a lethal killer as (if not more so) than her mentor. The first power that the girl has resorted to is the ability to transform herself into shadow, useful for sneaking around (and at a decidedly high speed) to an unsuspecting target and then literally dismember it using the shadows themselves, a decidedly raw execution that Arkane has not failed to embellish with details and rather macabre animations. The rest of the guards at the entrance were defeated in one fell swoop thanks to the Domino Effect: Emily "connected" the enemies with each other, making sure that the damage suffered by one of them was then also reflected on the rest of the team. The result? One guard beheaded, the others also beheaded, and green light to the entrance. Inside the villa, however, things get complicated, because you are not dealing only with human enemies, but also with grotesque robotic guards with oblong faces, whose design is suspended between Steampunk and a sort of distorted nightmare. Undoubtedly tougher than fleshly opponents, to take out these units Emily first uses the ability to transform into shadow to reach, from the ground, the chandelier suspended in the room, then swoop down from above on one of these mechanical creatures, removing its skull and sink the blow with its blade to block its gears. To eliminate the robot, everything must be repeated a second time, being careful because after the first attack the car is more brutal in its movements and attacks relentlessly using its blades or throwing electrical attacks from a distance. There is room, after this glimpse of "normal" gameplay, to show off one last power of Emily, which allows you to summon a sort of shadow clone of the girl who distracts and damages the enemy on duty by attacking him.

The gameplay therefore, while remaining in line with what was seen in the progenitor of the series, certainly seems solid, and the alternation between the action and stealth phases, together with the combination of Emily's skills with her "natural" movements, seems work more than admirably, returning an absolutely spectacular feeling that we also expect to be fun and satisfying in the execution, pad in hand. The only doubt concerns the excessive ease with which we saw the girl take out some human enemies, and it will therefore be clarified whether it is a real problem or it was simply a case due to a massive use of his powers, which during the campaign it will be necessary to dose with more intelligence.

On the other hand, there are very few doubts on the stylistic front, thanks to damn fascinating settings that are also able to enhance the choices that characterize some of the enemies we have been able to see (where, as mentioned, we were particularly struck by the bizarre automatons equipped with blades) . In short, we can only applaud the work done by Arkane from this point of view, which we hope will also be confirmed in the other locations present in the game.


Comment If you enjoyed the first Dishonored, the second installment of the series will most likely not disappoint you (at least, not from a mechanical point of view). What we saw at Gamescom 2016 has undoubtedly left us satisfied, with the only doubt that concerns the actual effectiveness of some of the combinations that can be performed in the role of Emily, a little too effective. We hope that in the final game then everything is actually balanced and up to expectations, which at this point are really at levels close to the stars. Pros and cons ✓ Artistically inspired
✓ The gameplay feels solid and fulfilling ... x ... But some skills may be too strong

Do you want to be a video game expert and know all the tricks, guides and reviews for your video games ? Holygamerz.com is a group of video game fanatics who want to inform you about the best tricks, guides and tips. We offer you the best information to be a reference in gaming, so here you can find guides, tricks, secrets and tips so you can enjoy your games to the fullest. Are you ready to get all the achievements of that game that you resist so much? Enter now and enjoy your favorite video game to the fullest!
The Wolf Among Us Review ❯

Preview The Legend of Zelda: Breath of the Wild (Switch)