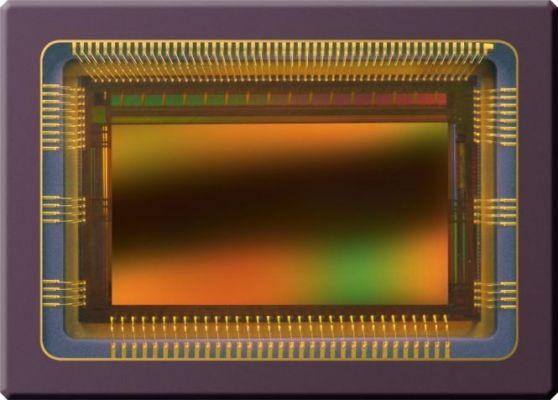 Sensors impact images more than you think. A CMOS image sensor is a type of image sensor technology inside some digital cameras, consisting of an integrated circuit that records an image. You can think of the image sensor as an old movie camera.


What is the best resolution for photo printing?

The complementary metal oxide semiconductor (CMOS) sensor consists of millions of pixel sensors, each of which includes a photodetector. When light enters the camera through the lens, it hits the CMOS image sensor, causing each photodetector to build up an electrical charge based on the amount of light hitting it.

The digital camera then converts the charge into a digital reading, which determines the light intensity measured on each photodetector, as well as the color. The software used to view the photos converts these readings into the individual pixels that make up the photo when viewed together.

What are image sensors?

All digital cameras have an image sensor that captures information to create a photograph. There are two main types of image sensors - CMOS and CCD - and each has its own advantages.


How does an image sensor work?

The simplest way to understand the image sensor is to think of it as the equivalent of a movie. When the shutter button of a digital camera is pressed, light enters the camera. The image is exposed on the sensor in the same way it would be exposed on a piece of film in a 35mm film camera.

Digital camera sensors are made up of pixels that collect photons (packets of light energy) that are converted into an electrical charge by the photodiode. In turn, this information is converted into a digital value by the analog to digital converter (ADC), allowing the camera to process the values ​​in the final image.

What is a CCD image sensor?

The charge-coupled device sensors convert sequential pixel measurements using the circuitry surrounding the sensor. CCDs use a single amplifier for all pixels.

CCDs are produced in companies with specialized equipment. This complexity is reflected in their often higher cost.

The advantages of a CCD sensor over a CMOS sensor are different:


What is a CMOS image sensor?

Complementary metal oxide semiconductor sensors simultaneously convert the pixel measurements, using the circuitry on the sensor itself. CMOS sensors use separate amplifiers for each pixel.

CMOS sensors are commonly used in DSLRs because they are faster and cheaper than CCD sensors. Both Nikon and Canon use CMOS sensors in their high-end DSLR cameras.

The CMOS sensor also has its advantages:

An array of color filters is mounted on top of the sensor to capture red, green and blue components of light falling on the sensor. Therefore, each pixel is capable of measuring only one color. The other two colors are calculated by the sensor based on the surrounding pixels.


While this approach may slightly affect image quality, it is hardly noticeable on today's high-resolution cameras. Most current DSLRs use this technology.

Human eyes are sensitive to the three primary colors red, green and blue and other colors are processed by a combination of primary colors. In film photography, the different primary colors expose the corresponding chemical layer of the film.

Likewise, Foveon sensors have three layers of sensors, each measuring one of the primary colors. An image is produced by combining these three layers to produce a square tile mosaic. This is still a fairly new technology that is in use on some Sigma cameras.

CMOS image sensors tend to cost a little more than the CCD.

And as image sensors have seen the number of pixels they record steadily increase, a CMOS image sensor's ability to move data faster to the chip and other camera components than the CCD has become more valuable.

One area where CMOS really has an edge over other image sensor technologies is in the tasks it is capable of performing on a chip, rather than sending the image sensor data to the camera firmware or software for certain tasks. processing.

For example, a CMOS image sensor can perform noise reduction directly on the chip, saving time when moving data around the camera.

As camera manufacturers have migrated to CMOS technology, more research has been conducted on the technology, resulting in noticeable improvements.

For example, while CCD image sensors were less expensive than CMOS for production, the further focus of research on CMOS image sensors has allowed the cost of CMOS to continue to drop.

One area where this emphasis on research has benefited CMOS is low-light technology. CMOS image sensors continue to show improvements in their ability to record images with decent results in low-light photography.

The noise reduction capabilities of CMOS technology have steadily increased over the past few years, further improving the CMOS image sensor's ability to perform well in low light conditions.

Another recent improvement to CMOS was the introduction of back-illuminated image sensor technology, in which the wires that move data from the image sensor to the camera have been moved from the front of the image sensor, where they block some of the light that affects the sensor, making the CMOS image sensor able to perform better in low light, while retaining the chip's ability to move data at high speeds compared to CCD image sensors.