Bayonetta 2 special: behind the characters of the review 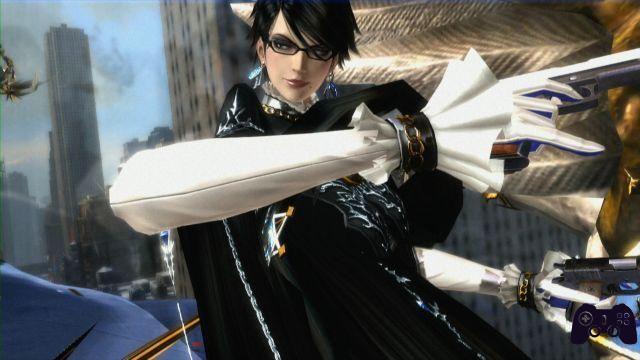 He wakes up and the clock has gone back a long time, pages torn from the calendar that are firmly back in place. It is the beginning of September 2014 and the differences compared to the night before when he went to sleep are hard to enumerate. The bed is different, in the first place, and more generally the room is different, the house is different. The editorial staff is different, between now familiar faces - if not indispensable, at least as far as it is concerned - that are not yet there and others that have disappeared over time, taking another path and fading into memory. And to be honest, he too is different, even if only from an "editorial" point of view: the polemic vein is always there ready to jump out, but it emerges less forcefully to give way to those aspects that are usually found in a review. And in fact, probably now - if the hands suddenly jumped back to where they started from - he would face the challenge he is facing at that particular time in his life in a different way. Best? Yes, maybe better. Or maybe not.

He's preparing the last exam missing for his degree. But above all, for a few days he has been playing Bayonetta 2 well in advance.

It is difficult to try to explain the situation and everything behind the scenes. In the first place, it must be said that this is the title that he did not believe would ever come out given the results well below the expectations recorded by the first chapter - that in his head, this still today, is the action game par excellence, and one of his absolute favorite titles - and which, above all, he did not expect to be released exclusively on a console like the Nintendo Wii U (risk of selling a ridiculous number of copies: 300%). But what matters in the end is that it is true, better, that it is in front of him, simultaneously on the GamePad screen and on the home TV screen.

What else to say? Ah, yes, that review should not even have done it, that that occasion is the result of some fortuitous joints and (above all) of those who decided to let them get their hands on such a title without a safety net. Yes, without a safety net, given that the expiry date of the embargo is a very distant thirteenth of October, and before that date there will be virtually no one with whom to exchange opinions on the title, no one with whom to confront and discuss the judgment that from there in one month it will have to be matured and expressed - a judgment which, however, is already maturing from the first hours of play. Only him and this road to, while those nervous adrenaline rushes that always precede experiences like these begin to be felt in the air. Sensations already tasted up to that moment and with which he will then find himself having to deal with, after all, even often, but that that time must be different, they have a different weight. Better? Better. It is the equivalent of the train that passes today and tomorrow you don't know if it will stop at that station again, because next time the title might not mean that much to you or it might not be your turn directly for many different reasons, from the happiest. to the most tragic.

Chewing on these thoughts for a while, however, he immediately returns to a question, banal but not so banal: "and now until October XNUMX what the heck do we do?". 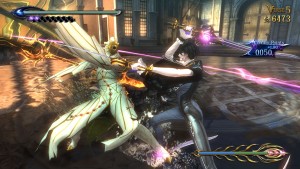 Because there is already a traditional preview on the title, in that archive not yet as consistent as the one now stored in the database but still the result of years of joint efforts, and therefore what sense would it make a duplicate? But on the other hand there are steps to be respected, articles that everyone expects to be written, revised and published and there is also to keep in mind that a little petrol must be kept aside for the grand finale, that review for which the verdict is already written (“are you still waiting for the PS4 version? #credici”). And it is at this point that, as quickly as the question had arrived, the answer also rises to the surface in that sea of ​​sensations.

It's easy, actually. We look at what can be said and what cannot be said (and related dates) and we publish "thematic previews".

Others like the idea, fortunately they also like that public that is more or less interested in the c * zz he writes and above all he likes it too, because it allows him to go into details like never before, making comparisons - especially in the first two articles of the cycle - with the first chapter, going to inconvenience uncomfortable comparisons and looking for similarities and differences. And overall, all this work also streamlines the review, which does not need to "stretch" to explain slavishly how the gameplay of the title works (largely inherited from the splendid first chapter) since the task has already been unmarked in the first of the three approaching previews. 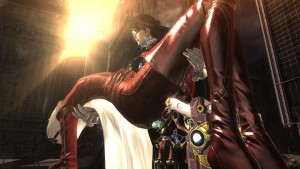 What's left in the review? Practically, a prototype of his typical review that will mature within a few years (also thanks to those faces not yet present in the staff mentioned earlier), less institutional and less hunted by the anxiety of having to chase the chimera of " complete and exhaustive review ”: his opinion on the title, his opinion on the stylistic choices made by the team and on the impact they have on the overall experience remains quite simply. He's still not exactly what he would do now - he's not a special yet but with the vote, as he ironically labels this trend of recent months - but he is certainly more than usual, even in front of what the developers have done. There is a story of life played that started on PlayStation 3 (because yes, the first Bayonetta played it on the poor version that in the credits reads "Converted By Sega" as if there was something to brag about, but it was love to the first combo all the same) and that ended up on Wii U, only to become years later another of those strange editorial experiments that she carries on because - because it would be too easy to say "thank you" - of some people who for some reason have decided that strange is beautiful, that all this stuff gives identity to the project, the section and so on. Beautiful words that, however, hide something else.

Because actually in the end he also got a taste for it, because sometimes - as in this case - there was (there is) the need to open Word and start traveling time and space by typing on the keyboard.

To remember, to make order, why yes.

Do you want to be a video game expert and know all the tricks, guides and reviews for your video games ? Holygamerz.com is a group of video game fanatics who want to inform you about the best tricks, guides and tips. We offer you the best information to be a reference in gaming, so here you can find guides, tricks, secrets and tips so you can enjoy your games to the fullest. Are you ready to get all the achievements of that game that you resist so much? Enter now and enjoy your favorite video game to the fullest!
Terminal Conflict Review: Between Cold War and Tutorial ❯

Sega Dreamcast Special: Collected Works is the chronicle of a dream

Special The connections between QAnon and the Gamergate

Add a comment from Bayonetta 2 special: behind the characters of the review