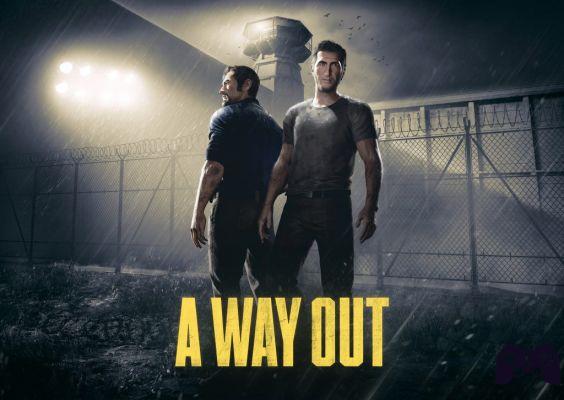 A Way Out is one of those stories that leave you in pieces. Anyone looking for a way out in their life, but it is not easy to find the right one.

Presented during theEA Play as of June 2017, A Way Out was a mystery for much of last year. This because EA e Josef fares, creator of Brothers: A Tale of Two Sons, they wanted to talk little and, instead, demonstrate a lot. Available now on Playstation 4 e Xbox One, A Way Out was one of the surprises of this 2018 by popular acclaim. Find out more in our review.

Leo Caruso e Vincent Moretti they are two people who, for different reasons, find themselves serving a sentence in a maximum security prison. Both, however, are faced with the need to go out and face a person who has ruined their lives. Harvey. A Way Out is the story of two people who, although profoundly different, need each other also postponing the characters and habits. Leo Caruso is the classic brawler, one of those people who only think about solving things with their fists and with a short temper. Vincent, on the other hand, is a man who uses his brain and prefers to use his intellect to overcome adversity. The characteristics of the two convicts are perfectly highlighted by the whole team - Hazelight Studios - within the 6-7 hours required to finish A Way Out

What makes this game so unique is the need to play with a friend, virtual or real, for its entire duration in continuous co-op.

Every action, every gesture will be visible to your partner thanks to a split screen, increasing or decreasing the portion of the screen dedicated to a character based on the events. The same thing happens for audio, when Leo or Vincent will talk to people outside the couple the attention of the sector will be dedicated exclusively to that individual, as if to indicate to your partner to stay still and listen without acting, under penalty of losing elements. important. This split screen goes well with the setting that Josef Fares, the game's director, wanted to give to A Way Out. Josef is also a film director, and the cut that transpires runs halfway between the Hollywood blockbuster and Prison Break. During the whole adventure it will be possible to notice how certain shots and sequences wink at those who have studied cinema, while not disdaining explosions and “ignorant” situations of more common appreciation. 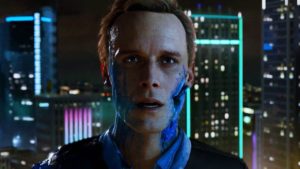 To learn more:
The video game needs an identity narrative

As we have reiterated several times, the focal point of the A Way Out experience is the multiplayer component. Hazelight Studios has studied every single section and situation to allow players to overcome the puzzles - sometimes all too easy - simply by communicating. We will go from having to make a hole in the wall with an object, in pure “Scofield” style, while our partner will make the pole, to having to climb, back to back, a conduit to get to the escape route. A Way Out is a true masterpiece of cooperation. Before each gesture or choice it will be necessary to communicate to decide what to do: move instinctively as Leo would do or thinking and using the brain, in pure Vincent style. This results in various situations that unfortunately do not drastically change the outcome of the adventure. the game has only two endings, with the bifurcation only reachable in the closing bars.

On the other hand, the choices complicate or simplify the various gameplay sections based on the approach chosen. This is reflected both during the early stages, that of preparing for escape, which are much more peaceful and relaxed, and in those of freedom and revenge on the common enemy. If in the first part we will simply have to press the keys in the right sequence or create a diversion for our friend, in the second we will have the opportunity to explore a little more elaborate environments. In fact we will find ourselves visiting caravan camps, hospitals and forests with more challenging and, above all, freer gameplay sequences where we can take our time to explore and interact with everything around us.


One of the points in favor of A Way Out it concerns the possibility of being able to play in two with only one copy of the game. In fact, Josef Fares has always kept to clarify that players could cooperate, even online, only by purchasing his game once.

How does this happen?

Whoever has the copy of the game will simply have to invite the friend. This to play online you can download a free version from the reference store. This version, however, can only be started after the invitation of the partner and can only be played in this way. It will therefore not be possible to start it and use it locally, much less unlock any objectives.

Not everything is plain sailing

What A Way Out falls on is the technical department, certainly not up to par with most of the titles released in this generation. Despite the use of Unreal Engine 4, the game created by Fares fails to shine. The use of a particular graphic style - halfway between watercolor and cartoon - is not enough to hide the defects of texture, modeling and the intricacy of the movements. This, however, does not stand out in the midst of the grandeur of the directorial style proposed by Hazelight Studios and the entire frame that surrounds the adventure of Leo and Vincent, a real flagship of the entire production. Another small flaw is the lack of dubbing in other languages, despite the localization of the texts, since you will often find yourself - if you do not understand English - reading the subtitles, missing most of what happens on the screen.


Verdict 8/10 This is the big fuck at the Oscars that Fares dreaded so much at The Game Awards Comment A Way Out is one of those titles that, if only for the experience, absolutely must be played. Hazelight Studios, aided by EA, have created an adventure that can keep players attached to the screen, despite situations seen and reviewed on television. Josef Fares' creature, in fact, draws heavily from Prison Break, one of the most followed TV series in recent years, adding - however - an extra touch that makes the entire production fresh. The cooperative gameplay is one of the strong points and the interaction between the two protagonists, very cold at the beginning and then reaching the final climax, has been well studied by the producer, who is also a director by profession, and takes advantage of all the features very well. situations to reach its goal: to excite. The gaming experience despite being quite short, about 6-7 hours, is certainly supported both by the price (about 30 euros) and by the possibility of playing with a friend by purchasing only one copy. A big move by Hazelight Studios and EA. Pros and cons ✓ Low cost
✓ Highly crafted co-op adventure
✓ Two people can play with one copy x Quite short
x Unoriginal situations
x Technically not up to par

Do you want to be a video game expert and know all the tricks, guides and reviews for your video games ? Holygamerz.com is a group of video game fanatics who want to inform you about the best tricks, guides and tips. We offer you the best information to be a reference in gaming, so here you can find guides, tricks, secrets and tips so you can enjoy your games to the fullest. Are you ready to get all the achievements of that game that you resist so much? Enter now and enjoy your favorite video game to the fullest!
Preview Code Name: STEAM ❯