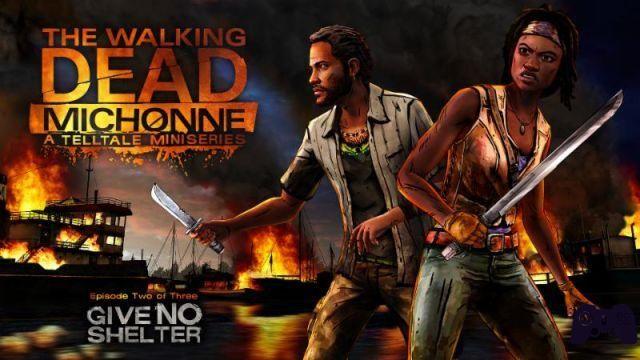 In the last month we have already talked about Telltale due to what should have been the last episode of Minecraft: Story Mode but which proved to be a new starting point for the future of the Mojang-inspired series. At the end of March, the second episode of The Walking Dead: Michonne, a three-part miniseries with the spotlight on the ebony swordsman from the series conceived by Robert Kirkman. Give No Shelter,  it can only be purchased through the season pass (€ 14,99) and is available on PlayStation 4, PlayStation 3, Xbox 360, Xbox One, PC and Mobile, will you have corrected the errors in the pilot episode?

This review contains spoilers about the events that occurred during “In Too Deep” and about the events narrated in the main edition of The Walking Dead. There will be no great anticipations on the plot of this episode.

Previously on The Walking Dead: Michonne

We had left Michonne and her new allies in the hold of Norma's boat, the charismatic iron-fisted leader of the Monroe community. Give no Shelter starts immediately with a choice that will stain not only Michonne's hands but also Sam, the little thief we met last month. As per tradition for the brand, the situation will get complicated quickly, and ours will be forced to work hard to bring the skin home once again. 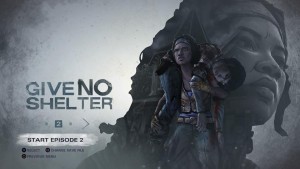 One of the flaws that we had highlighted in the review phase of In Too Deep was the little characterization left to the supporting actors, Telltale focused all the attention on the protagonist: Give no Shelter on the contrary manages to give details also on the young Sam, giving her a more realistic background thanks to the multiple choice dialogues that will take place with Michonne during the episode. Obviously the swordswoman remains the focal point of the script, leaving room for the flashbacks and ghosts of the past that made her the woman she is now.
Like its predecessor, Give no Shelter is completed in about an hour without too much difficulty but, thanks to a much faster pace, it is able to keep the player's attention glued for its entire duration.

Also present in greater quantity are the adrenaline moments, accompanied by the inevitable Quick Time Event, will allow the player to witness the slaughter of the hordes of walkers (and not) that will find themselves on the road to Michonne. In Give no Shelter it is even more evident how, in this miniseries, Telltale wanted to focus attention on the action phases, with a slow-motion effect at each kill or lethal blow of Michonne, able to visually render the same adrenaline atmosphere seen in the paper work. Of course, as we have already specified, this second episode lasts as long as an episode of a TV show and consequently the proportion between spoken and played is always very small but, thanks to the aforementioned fast pace of events, the player will reach the end credits without making us too much case.
In Give no Shelter the exploratory phases are instead almost totally absent, except for a flashback of Michonne who will allow us to visit her apartment shortly after the start of the epidemic: unfortunately we can only look around, they are in fact completely absent any type of environmental enigma, even the most banal.

On the technical side nothing has changed compared to In to Deep: Michonne still has the voice of Samira Wiley (Orange is the New Black) and the audio sector continues to give satisfactions, both from the point of view of the English dubbing, and as regards the music (and once again the opening titles with the comic strips make their dirty figure ). Give no Shelter is only in English and is therefore highly recommended only for those with a knowledge of the Anglo-Saxon language.

Verdict 8/10 Give me a Machete that slit your throat Comment Give no Shelter manages to correct the defects of the first episode of the Michonne miniseries. Although short-lived, Telltale glues the walking Dead fan back (and finally) to the chair, and gives him an hour at a fast pace, between slow-mo actions and flashbacks on the protagonist. All that remains is to wait for the ending of this miniseries, hoping that the team does not stumble over past mistakes. Pros and cons ✓ Well integrated action scenes
✓ Michonne characterized better and better x Limited duration
x Absence of any kind of challenge

Do you want to be a video game expert and know all the tricks, guides and reviews for your video games ? Holygamerz.com is a group of video game fanatics who want to inform you about the best tricks, guides and tips. We offer you the best information to be a reference in gaming, so here you can find guides, tricks, secrets and tips so you can enjoy your games to the fullest. Are you ready to get all the achievements of that game that you resist so much? Enter now and enjoy your favorite video game to the fullest!
News Deathloop: new action game revealed by Arkane Studios ❯

Add a comment from Review The Walking Dead: Michonne - Episode 2: Give no Shelter