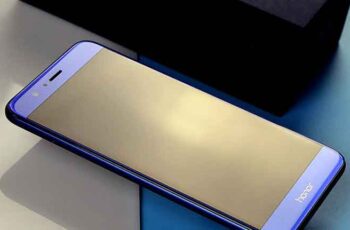 The most important thing to note is that the more pixels that appear on the screen, the higher the definition of images and videos, and things should look better. When discussing resolutions, they appear as a math problem, for example 1920 x 1080. The result becomes the pixel count. Therefore, 1920 x 1080 = 2.073.600 pixels which fill any screen size. This math is important to understand if you want to understand the information in this article.


Moving forward, there are numerous smart devices on the market, each of which has displays of different sizes, screen resolutions, and display abbreviations (abbreviations) attached. It's not easy to know what they all mean. Is FHD better than WQHD? Is 4K the same as UHD? Is there a difference between qHD and QHD? These and other questions are answered below.

What is the difference between Amoled and LCD display?

A technical specification has never been overused as much as high definition or HD. The term has become synonymous with anything that elevates detail or quality above something that came first. However, when we talk about screen resolutions, the term HD is based on the original resolutions of HDTV. Yes, there is more than one.

When HDTV first arrived, there were a handful of broadcast resolutions and display resolutions used. The simplest was 1.280 pixels wide by 720 pixels high, which was shortened to 720p.


The lowercase "p" refers to "progressive scan" instead of saying 1080, which is "interlaced". Many budget phones use this resolution, but it's not common on larger screens.

These days, HD refers to "Full HD," a resolution measuring 1.920 x 1.080 pixels, often referred to as 1080p. This display resolution is common on Smart TVs and many modern smartphones, PCs, laptops, and monitors.


The other thing to remember is that no matter the screen size on a Full HD device, whether it's a 4-inch smartphone or a 65-inch HDTV, the number of pixels remains the same.

Therefore, the screen size does not change the resolution count. Density is all that changes. For example, a Full HD smartphone has much more detail (sharpness), usually described as pixels per inch (PPI), than a Full HD monitor or tablet because the smaller screen has a higher density, even though it has the same number of pixels.

Differences between QHD and WQHD smartphones

In recent years, manufacturers have been desperate to bring higher resolution screens into phones. Resolutions higher than Full HD are sometimes argued to be wasted on relatively small panels. Even people with perfect eyesight have a hard time telling the difference.


Regardless, this scenario ignores two factors: First, you tend to hold a smartphone much closer to you than a laptop or even tablet screen, which means your eyes are able to discern more detail. .

Secondly, you may be using your phone with a VR headset in the future, at which point you'll want as many pixels in front of your eyes as possible.


As a result, Quad High Definition (QHD or Quad-HD) screens have become more common in high-quality phones. Quad-HD is four times the definition of the 720p HD standard, which means you can fit the same number of pixels as four HD displays into a QHD display of the same size, i.e. 2.560 x 1.440 pixels, or 1440p.

As with all HD-derived resolutions, this one has a large 16: 9 aspect ratio, therefore QHD may also be referred to as WQHD (Wide Quad High Definition. Some manufacturers put a "W" in front of the QHD to represent its large aspect ratio.

No, this doesn't refer to the video game publisher that many know so well. Seriously, sometimes you will see Quad-HD or WQHD indicated as 2K , with the idea that it's half the 4K HD resolution found on high-end TVs (more on that later). The name 2K comes from the larger half of the pixel measurements (2048), which represent over 2.000 pixels. This means that any display with a resolution greater than 2.048 × 1.080 can be described as 2K.

Occasionally you will see references to “qHD” (with a lowercase “q”) and qHD is not to be confused with QHD. Despite having a very similar name, qHD stands for Quarter High Definition and has a display resolution of 960 x 540 pixels (a quarter of 1080p Full HD).

High-end smartphones and handheld consoles, such as the Playstation Vita, used the qHD specification. Today, qHD is generally found on much smaller device screens with relatively high pixel density.

4K and Ultra High Definition (UHD) resolutions are confusing because both terms are often used interchangeably when in reality They are not the same thing .

The comparison between 4K and UHD boils down to slightly different aspect ratios. The realm of digital cinema features 4.096 horizontal pixels, and home displays use 3.840 horizontal pixels, but both have the same vertical count of 2.160.

UHD is also the successor to HD with 16: 9 aspect ratio like HD, which means that the screens are backwards compatible with Full HD content.

Both 4K and UHD definitions could be shortened to 2160p to match the HD standards that preceded them, but that would make things confusing as you would end up with two standards under the 2160p specification instead of one. Since the pixel difference is relatively marginal, they are different.

Some brands prefer to just use the UHD moniker when marketing their latest TV to avoid confusion, but the two terms continue to be used interchangeably for marketing.

Bottom line, there's no real reason to choose a 4K or UHD screen on a phone because they both require more power. Having more pixels lit means more energy drained from the battery. Or you'll end up with a fat phone or one that can't make it through the day.

The best solution is to buy a smartphone with a high quality Quad-HD screen. If you remember the statement earlier in this article, it said that density represents sharpness and on a smartphone, QHD (not qHD) would fill those pixels nicely.

We explain how the in-screen fingerprint sensor works ❯