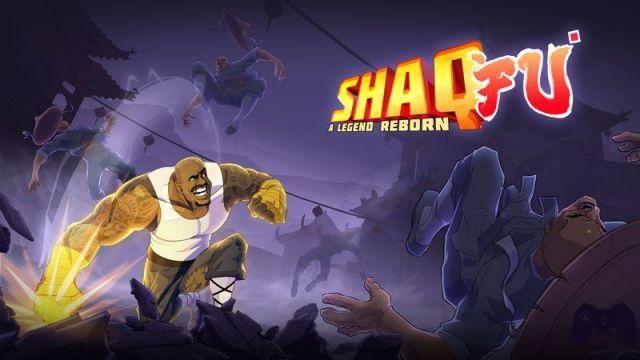 Wired Productions, Saber Interactive e Big Deez Productions announce via Press release the release date of Shaq Fu: A Legend Reborn, which will be available on PS4, Nintendo Switch, PC and Xbox One from next June 5th, both in physical and digital format.

SHAQ FU: A LEGEND REBORN SMASHES ONTO PLAYSTATION®4, XBOX ONE, NINTENDO SWITCH ™ AND WINDOWS PC DIGITALLY AND AT RETAIL ON JUNE 5, 2018

Shaq Fu: A Legend Reborn is an action-packed beat 'em up starring the one and only Big Diesel himself: Shaquille O'Neal. Battle the hordes of Hollywood and hell on a one-man journey to avenge your fallen home and martial arts master. Beat down foes with devastating combos, face off against outlandish celebrity bosses, and unleash your fury with a variety of hard-hitting weapons and power-ups.

Saber has previously announced that anyone who purchased NBA Playgrounds on Nintendo Switch prior to June 10, 2017, will receive a free copy of Shaq Fu: A Legend Reborn on Switch upon release. In addition, Saber will share more specifics in the future regarding timing and delivery of rewards for Indiegogo backers of Shaq Fu: A Legend Reborn directly via the game's Indiegogo page.

Do you want to be a video game expert and know all the tricks, guides and reviews for your video games ? Holygamerz.com is a group of video game fanatics who want to inform you about the best tricks, guides and tips. We offer you the best information to be a reference in gaming, so here you can find guides, tricks, secrets and tips so you can enjoy your games to the fullest. Are you ready to get all the achievements of that game that you resist so much? Enter now and enjoy your favorite video game to the fullest!
Killzone review: Shadow Fall ❯

News A new Etrian Odyssey will be announced in spring 2018

Guacamelee News! 2: release date on Switch and other news

Add a comment from News Shaq Fu: A Legend Reborn will be released on June 5th