Nioh 2 guide: what are the best weapons?

Find out with our detailed guide which are the best weapons that Nioh 2 offers you, to make a careful choice

It is well known to all: every warrior needs his great weapon. So also in Nioh 2 it is essential that you choose your adventure companion, before throwing yourself headlong into the fight against the Yokai. And what are we doing, if not to guide you in this difficult choice? We have already helped you understand how stances work, also offering you our tips and tricks to start playing at your best. You have discovered with us how to beat many bosses (Azai Nagamasa, Yatsu-no-Kami, Imagawa Yoshimoto, Mezuki, Enenra and Magara Naotaka), so it's time to take a few steps back and understand: what is the best weapon to start?

The question would seem pretty simple, but it isn't. After all, it depends on your style and how you want to tackle the adventure. Nioh 2 will allow you to try out every single weapon before making your choice. Taste them all, bearing in mind that whatever choice you make for the starter weapon, you can then later use anything during the adventure.

Below, however, we will list the characteristics beyond personal affinity for each starting weapon. A tip: while it is true that you can change your weapon whenever you want in Nioh 2, focus on just a few, considering that the game has Skill Trees and Affinity Systems for each weapon. Let's start, in this first part we will analyze the Sword, the Spear, the Ax, the Tonfa and the Hatchets.

Sword - Nioh 2 Guide: what are the best weapons?

The sword is the most basic weapon with which to start, a rather small blade that works very well when combined with a large amount of Ki (the stamina of the game, so to speak). Of all the Stances, it is the best for lashing out at enemies, and the high slashes deal a great deal of damage. While it's not the fastest weapon in the game, it's lethal. 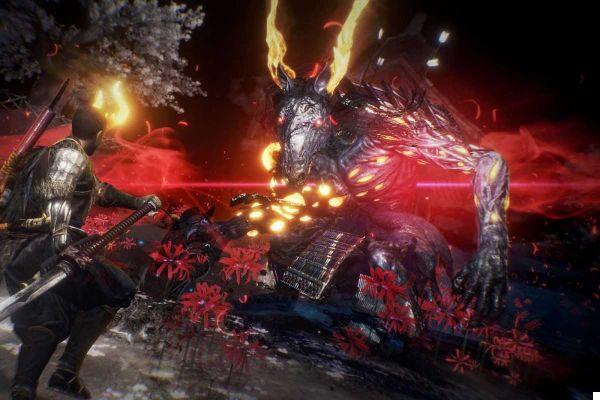 Lancia - Guide Nioh 2: what are the best weapons?

The spear is, by definition, the best weapon to hit enemies from far away and keep a safe distance from the Yokai. Obviously it uses a large amount of Stamina, but it must be said that they have well thought of the animations in this case. Your protagonist will engage in wonderful stunts, almost as if he were dancing rather than fighting. All this, regardless of which Stance you decide to use.

Ax - Nioh 2 Guide: What Are The Best Weapons?

The ax is great for get rid of a large amount of enemies in one shot with the Mid Stance, having a large radius. Equally devastating in close combat in High Stance, with its high charged attack. Great if you plan on making your character quite heavy, with a very light build. 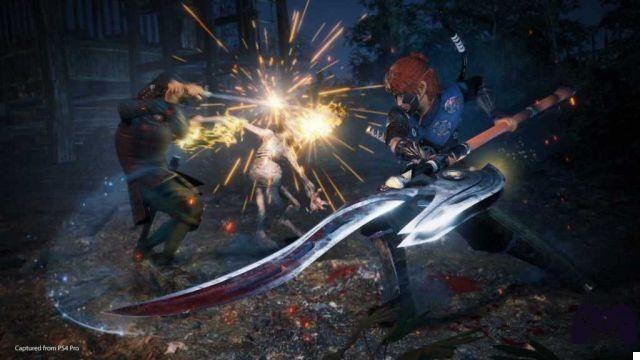 Tonfa - Nioh 2 guide: what are the best weapons?

Tonfa are very agile and fast wooden weapons, which give excellent parade possibilities. Also great for destroying enemy stamina when used to create a long, smooth combo. The charged attack in High Stance allows the protagonist to use them to inflict a gigantic amount of damage on the enemy. Tonfa are optimal in builds dedicated to Stamina.

Hatchets - Nioh 2 Guide: What Are The Best Weapons?

Hatchets are rather weapons fast and deadly when combined together to create a combo. They can also be launched by holding the Triangle button, to attack enemies from afar in whatever Stance you are using. Another weapon closely related to Stamina recovery and character agility, great for light builds.

In the next part we will instead analyze some more particular weapons: the Kusarigama, the Switchglaive and the Odachi. Finally we will also go to see what is perhaps the worst weapon to start Nioh 2 with, the Double Swords. Let's continue together.

Kusarigama - Nioh 2 guide: what are the best weapons?

The Kusarigama is definitely the most particular weapon in the game. A mace and a scythe tied together is wonderful for keeping large groups of enemies at bay, for dressing them up for the holidays. In High Stance, you can hold Triangle to grab enemies with the scythe and pull them towards you, which then deals significant amounts of damage. Versatile and interesting, definitely one of the best weapons to try.

Switchglaive - Nioh 2 guide: what are the best weapons?

Lo Switchglaive it literally looks like a weapon straight out of Bloodborne, a trick weapon that modifies according to the Stance you will use. In Low Stance it is a rather lethal single-handed blade with a gigantic attack area. In Mid Stance it transforms into a weapon that looks like a combination of a sword and a spear, great for fighting enemies from a distance. A similar thing happens in High Stance, where the Switchglaive transforms into a Scythe. If you use the charged combo, it will be devastating at any distance. The most versatile weapon ever in the game. 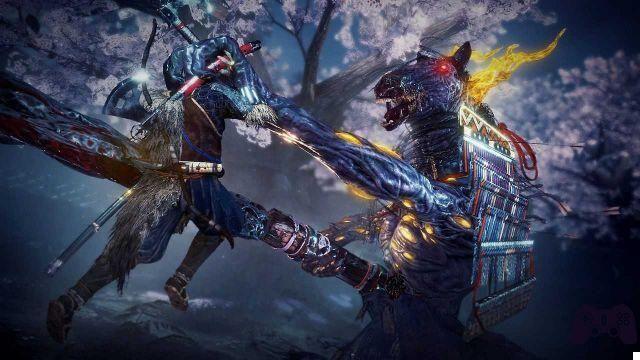 Double Swords - Nioh 2 guide: what are the best weapons?

Double Swords are very similar to Hatchets, even if they have a flaw that you cannot cast them. They seem rather limited in use, although they are actually very agile and acrobatic in Low and Mid Stance. Useful if you want to hit and dodge quickly, but as we have already said there are better options.

Odachi - Nioh 2 Guide: what are the best weapons?

Last, but not least, the Odachi is a gigantic Katana that deals an enormous amount of damage at any radius, even if the attack animations are rather slow and woody. The charged attack in Low Stance is a delightful gem, a sweep at the feet of wide-ranging enemies. Very useful in heavy armor builds, but considering how agile and fast Nioh 2's enemies are, you might want to keep something quicker aside. 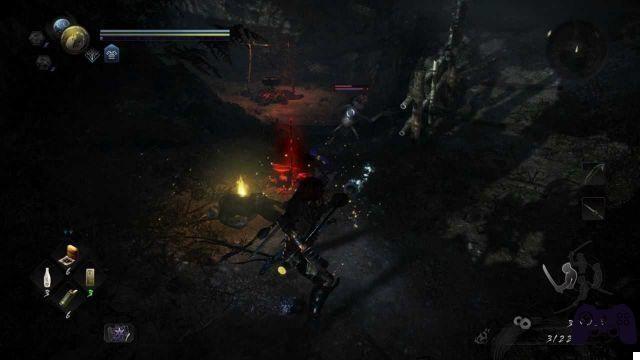 To you the choice!

End our guide on the best weapons to get started in Nioh 2 here. Have you already started playing the new Team Ninja title? Which weapon did you choose, but above all what build are you building? Write it to us below in the comments, we are always working to bring you our flawless and professional review. You will be able to find it here, on Holygamerz!

add a comment of Nioh 2 guide: what are the best weapons?