Tales of Arise guide: tips and tricks to play better!

In this detailed guide we want to introduce you to the world of Tales of Arise with a series of tricks and tips to start playing at your best: here's how to take your first steps in the world of Dahna

Tales of Arise is the seventeenth title in the series, coming four years after the previous one for two main reasons. First, of course, the Coronavirus pandemic which is still creating great problems for any type of industry, including gaming. Secondly, Bandai Namco wanted to take some extra time for himself groped to innovate and evolve the brand, albeit remaining faithful to its original stylistic features, modernizing it and trying to broaden its target audience. We have already explained to you all the reasons why, in our opinion, Tales of Arise he has succeeded in his more than valuable aims in a very long-winded review that you can reach by clicking here. Today we would like to try to introduce you to the world of Dahna and the basic gameplay mechanics of the Bandai Namco title with this guide. Let's begin!

Before starting our guide to the world of Tales of Arise with a long one list of tips and tricks to start playing at your best, we remind you that here on Holygamerz you will already find a fair amount of guides on the title of Bandai Namco. Starting from the complete trophy list, useful if you want to reach 100% and complete it in all its aspects, we have also already talked about how to best use the two protagonists of the game, Alphen and Shionne, and we have also demarcated a guide to the various levels of selectable difficulties, as well as a rather basic one on how to save in the game and how to remove costumes. That said: let's get started. Welcome to the world of Dahna.

The developers at Bandai Namco have done a great job with the game mechanics of Tales of Arise, which all come gradually introduced and without being overwhelming even with non-expert players of the genre. However, it is equally true that there are so many things to do and to discover in the title, and often some details can escape or remain a bit obscure. For this reason, we thought we would summarize it in a list the fundamental knots of the world of Dahna, to help you gradually introduce yourself to the game and, why not, maybe discover some hidden secrets.

As with most RPGs, keep i Life points of your characters is the fundamental key to surviving even the most difficult battles, especially those against the many mid-bosses and the toughest bosses to take down. In Tales of Arise there are different ways to recover HP of the team, and almost all of them are based on resources that we would define as “finite”. 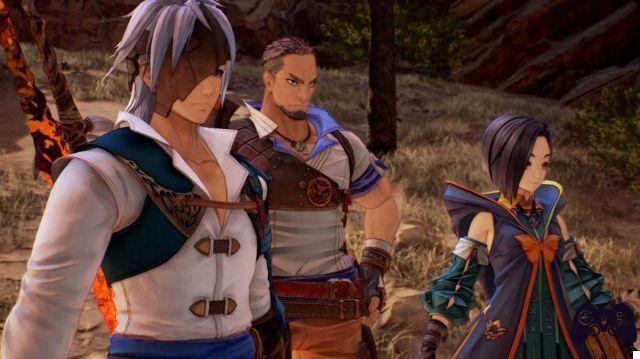 How is it treated? | Tales of Arise guide: tips and tricks to play better!

First of all, the two will play a fundamental role in the care of the team Healer characters (we will not spoilers, don't worry) who will join you in the course of the adventure. The Healers obviously have at their disposal Arti (the Skills of Tales of Arise) defensive, with which you can resurrect the allies who have been KOed, recover small amounts of HP over time or completely restore them with more powerful spells. The use of the healing arts, however, consumes CP (Cure Points), shared by the whole group and that, with some exceptions, they do not reload once the fight is over. CPs are also used to perform certain actions in exploring game maps, such as breaking down walls, clearing smoke walls or healing NPCs in distress. To recover CP, you can use special potions, rest at bonfires or in inns or eat specific dishes.


Since we mentioned them, let's talk about Potions. Obviously, as in any good JRPG, there are an inordinate amount of them and they will have different effects on the party based on their type. They will then be able to restore the HP of a single ally or the whole team, resurrect the allies who have gone KO or even, as we said, restore the fundamental CP. Be careful why buying potions in Tales of Arise is very expensive, also considering the fact that at the end of the clashes you will not get any money. The good news, however, is that you can only get a fair amount of it by thoroughly exploring the various game maps. 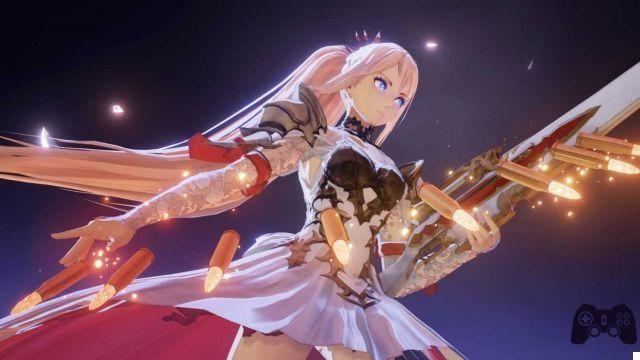 Certainly one of the most fascinating and intriguing aspects of any good JRPG is the possibility of explore maps or open worlds to find its secrets, treasures and all the little curiosities that the developers have included. Dahna's way is particularly lively and pulsating, with many back streets and secret crevices that hide rather powerful objects and equipment, as well as the always beautiful Fat Owls.

As said previously, some areas will only be accessible by spending some of your CPs, due to certain obstacles that will block your passage. In these cases it is very likely that just behind that obstacle there is a particularly valuable object. Always carry some Orange Jelly with you in case you run out of CP and get ready to explore each area to the best of your current possibilities - you won't regret it. 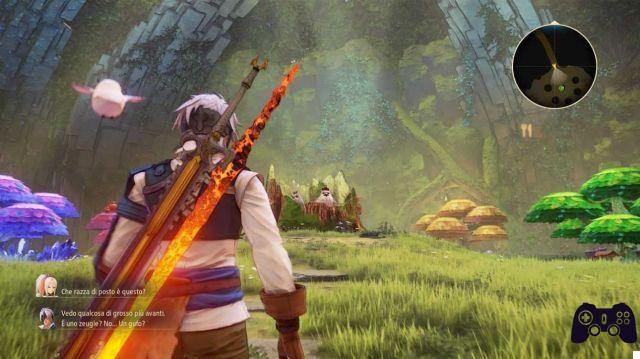 The secondary missions scattered throughout the world of Tales of Arise have a fair amount of importance in terms of game economy. In fact, we remind you that you will not be able to get money from the clashes, but only by selling items to merchants and, in fact, by completing other types of tasks. There are well 70 side missions scattered throughout the world of Dahna, most relating to the slaying of particularly powerful Zeugles. If defeated, these mid-bosses will drop an Astral Flower, which will allow you to permanently increase your CP, as well as of course money, experience points, skill points, items and, rarely, even equipment or Arts.

Completing all 70 side missions will take a fair amount of time, that's for sure, but we still recommend giving it a try. The time spent will be adequately repaid, you can rest assured. But be careful: you will be able to accept side missions regardless of the level required for their completion. This means that you can find yourself facing Zeugle of a level much higher than yours and that therefore you will have to retrace your steps and try again at another time. 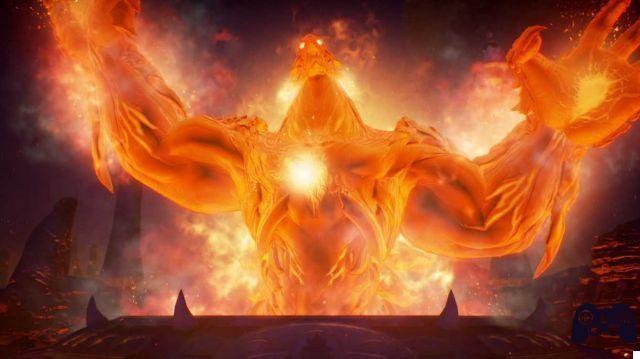 The system of the Arts | Tales of Arise guide: tips and tricks to play better!

Le Arti are the skills of the various characters that will gradually make up your team. Together with the basic attack, which can be activated with the use of the right backbone of the pad, the Arts will allow you to ring long series of combos thanks also to your companions, guided by a very high-performance Artificial Intelligence. Obviously, being the combat system of each team member based on a type of weapon completely different from the others, each will also have its own arsenal of Arts at their disposal to learn, master and unleash at the right times.

There are three different ways to unlock new Arts. The first, of course, is by unlocking them in skill panel through the use of Skill Points that you can get by defeating enemies or completing secondary tasks. The Skills panel in Tales of Arise is divided into Titles. Unlocking all the skills that make up a Title and completing it will allow you to receive important bonuses to the primary statistics or unlock new powerful arts.

The second way to get new Arts is, simply, through the game plot progression, while the third concerns your personal curiosity. Using the new unlocked Arts or, perhaps, chaining them in different sequences than your usual one, could lead to phenomenal results in terms of unlocking. Experiment, try and enjoy! 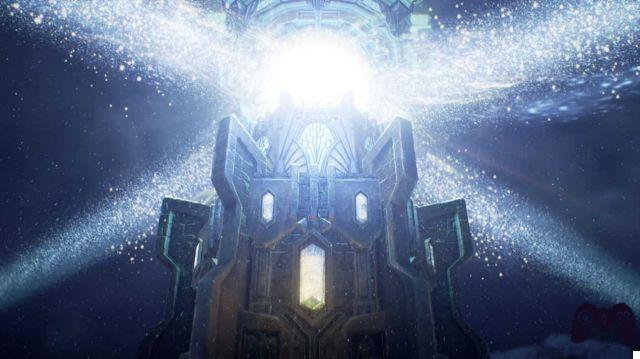 At the end of each battle you will get, as we have said, Experience Points, Skill Points and the so-called Combat Points, not to be confused with the Cure Points we talked about earlier. While all of this can be quite confusing for those unfamiliar with the genre, Combat Points are a key aspect in Tales of Arise, especially if you have long grinding sessions in mind to power up your characters.

Otterrete Combat Points based on your performance in the battles: the faster and more efficient you are, the greater your reward at the end of the battle. These points will be used to increase the income of Skill Points and Proficiency of Skills. Obtaining Combat Points is affected by some factors, some positive (like defeating rare Zeugles or Bosses, using longer combos or finishing battles quickly) and others negative (getting KO'd, using healing items, or losing the battle). 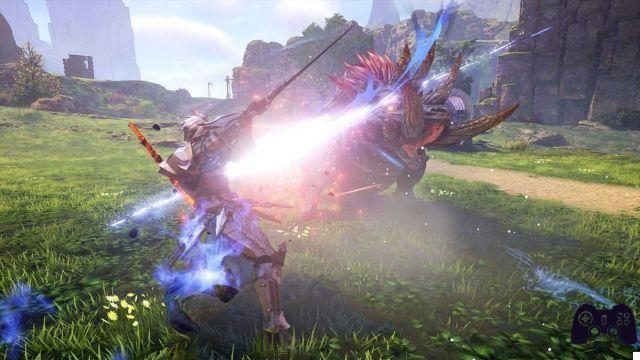 That's it! I've come up with a new Recipe! | Tales of Arise guide: tips and tricks to play better!

As in many other exponents of the genre, even in Tales of Arise it is possible to cook meals in the various refreshment points to guarantee the party temporary buffs. In the title of Bandai Namco they exist 38 different recipes to discover, each with its specific ingredients and effects, which can also be increased based on who will be the cook. Among the various effects we find, for example, a small CP reset at the end of the battles, an increase in the drop of materials from enemies or from the various sources scattered around the maps, and so on.

You can unlock the recipes either by completing the side missions, or by simply exploring the various maps thoroughly, opening all the caskets and finding all the secrets. Some, finally, will be available only by advancing in the main story. 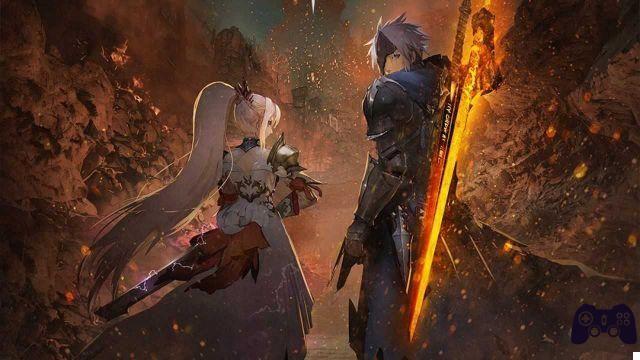 And that was all for our guide to the world of Tales of Arise, our tips and tricks to start playing the new Bandai Namco JRPG at its best. What do you think of the title? Are you playing with it? Write it to us below in the comments, we will continue to keep you updated with all the news, guides and reviews on videogame and tech! And if you are interested in game keys at affordable prices, we recommend that you take a look at the InstantGaming catalog!

add a comment of Tales of Arise guide: tips and tricks to play better!