Hell Let Loose: Guide with the best tips and tricks

Hell Let Loose also arrives on nex-gen consoles: here is a guide containing the best tricks and tips to become a veteran in no time

Hell Let Loose is a game set in the Second World War, with the American and German fronts inside, formed by a maximum of fifty players each. It belongs to the genre that surrounds military simulators: games like ArmA III, Insurgency, Squad, titles with many technical and detailed parts, based on the extreme realism, difficult, perhaps impossible to learn if approached with a superficial approach. Hell Let Loose is one of these games: it is for this reason that we will provide you with a guide with the best tips and tricks, to transform you from inept and naive newbies to War machines eroded by bullets.

From zero to Hero

Let's start our guide on Hell Let Loose tips and tricks from the game menu: let's start with the section Settings (settings), establishing the desired graphics and commands. You will also need to add the option showing i allied teams within 500 meters, in order to avoid nasty surprises like the friendly fire, because of the uniforms not easily distinguishable from a distance. You can avoid the option Barracks, as there we will only find ways to personalize, which is rather superfluous for those who are fresh meat. We can then move on to accessing the servers in the browser, which will appear by entering the section Enlist (Line up). There are two modes available: 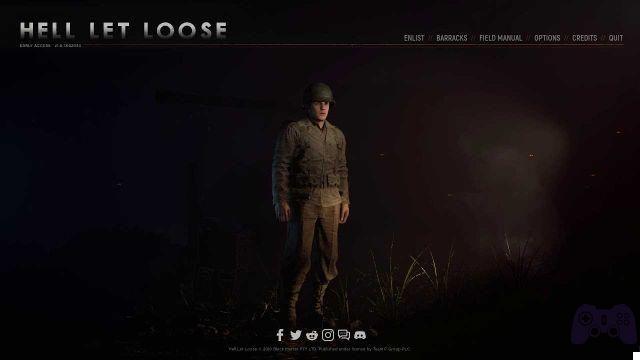 You will have to decide which side to belong to: Allies o Axis; later, which team to be on. Among the advice we can give, rather than immediately create your own team, is to join an existing one, as a seasoned officer of Hell Let Loose will surely have tricks and somevaluable experience. There will also be six Infantry soldiers, three Armor (armored) and two Recon (recon) soldiers on the squad. For novices, it is best to start with the Rifleman class (rifleman) in the Infantry squads, as we will have all the basic weapons. As you earn experience points, you will level up, unlocking new cosmetics and accessories for each class. The main classes are:

These two are the most important roles, on which all the other members of the team, composed of: 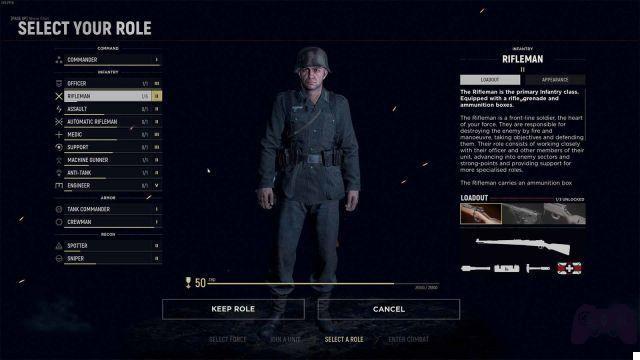 Work for everyone - Hell Let Loose: guide with tips and tricks

Some roles will have a specific task to fulfill during the battle: 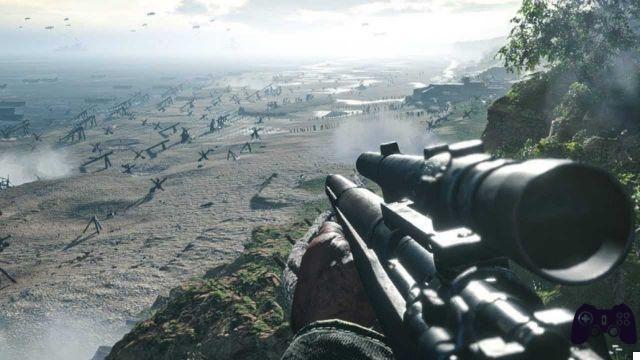 There is no place for timid - Hell Let Loose: guide with tips and tricks

After this introduction to the foundations of the game that is worth learning, let's move on to a general list of tips to apply on the battlefield of Hell Let Loose; the enemies will be overwhelmed by such wisdom on the tricks of the trade, despite our paltry rank.

The map and key symbols - Hell Let Loose: guide with tips and tricks

The map is divided in sectors, three in height and five in width. Each faction has at the beginning six sectors, of which the three rearmost act as spawn HQs. Each sector has one strongpoint, that is, a small section within the sector, which doubles the value obtained when it is being captured. This is a useful point in case you are at a numerical disadvantage during the conquest. Strongpoints are identifiable on the map with small shaded areas. They all have different sizes and shapes, so you will always need a new strategy to appropriate them.

Among the tricks and tips to make the experience even more realistic in Hell Let Loose, there is the hiding HUD with the button T, including strongpoints and team leader signals. With the center button of the mouse you can place a signal, and it will be visible to your companions. Opening with M the map you will see green points (your unit), and blue points (your faction); a yellow circle with three stars will mark the Commander's team. The triangles with antennas are Outposts, and they will have a green bar if they belong to their team; the circles with the flags are Garrisons. Finally, enemies will not have icons visible on the map. 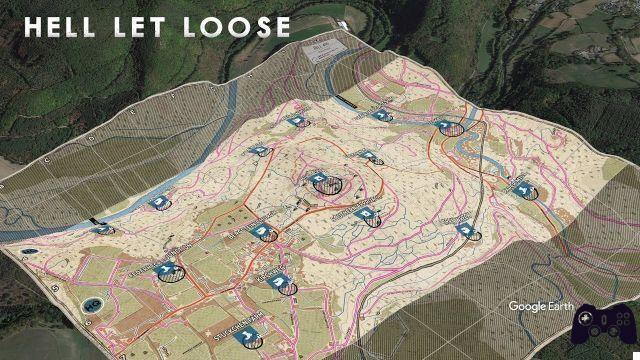 Outposts and Garrisons - Hell Let Loose: guide to the best tips and tricks

These are not really specific tips or tricks, but it is still appreciable to have knowledge of the differences between Outposts and Garrisons of Hell Let Loose, so that you can better manage them:

The Outposts they can be anywhere and allow you to spawn every 20 seconds. They can be placed by the team leader and only one can be on the field; if positioned even though there is already one, the previous will be destroyed. Outposts can be placed in a sector of the enemy if performed from the Spotter. If an enemy is within 50 meters of the Outpost, the marker on the map it will turn red. It can be destroyed if it is captured by an enemy, if the sector is blocked, if an enemy player or vehicle comes within 10 meters of it, if it is hit by a grenade, a tank attack and an AT rocket.

The Garrisons they are buildable by the Commander, Officer or Spotter, and cannot be in neutral territory. They allow you to spawn every 40 seconds. Only eight garrisons can be placed at a time, and to build another one you have to remove it manually or with the Commander's skills. Also, to build them are Provisions needed. When an enemy is within 50 meters of them, the marker on the map will turn red, and at 15 meters it will disable, making it impossible to spawn. Garrisons can be destroyed when the sector is captured by enemies, if it is dismantled, if detonated with the Satchel bag, a rocket or a tank attack. 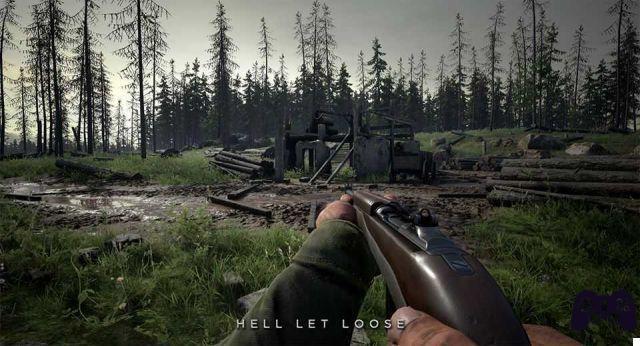 You won't have my scalp - Hell Let Loose: guide with tips and tricks

Since there is no kill feed, it will be difficult to tell if you have managed to take out an opposing soldier. If you are not sure, always aim for the head. Hearing the the clicking of a helmet, you will know that you have hit the target, otherwise a muffled blow will be heard due to the bullets entering the body. Headshots pay off resuscitation impossible. Even explosives will not allow for the resuscitation of fallen soldiers. We also remind you that, with the gravity of the bullet and the difference in speed, if the enemy is running from a distance, you will have to adjust the shot well. For low-powered weapons, therefore, always aim high.

We must then avoid running without any coverage: better to move from point to point while lowered or lying down; bullets will not be blocked by the bushes, and often the wood will not be useful for covering us. The pace of Hell Let Loose is definitely slower than common FPS like Call of Duty or Battlefield, so our tips and tricks will also help plan well their movements during the game. If unsure, ask the Officer for a new goal to follow, or follow your companions with clearer ideas.

If you are attacking and have not yet been identified, avoid attempting an immediate confrontation with the enemy: one advantageous position it is more important than the risk of being tracked down. When attacking fortified positions with no hiding places, some will come in handy smoke grenades; if you don't have them, just ask someone on your team to throw them. The ammunition and armaments will be recoverable from the special boxes that the riflemen and the support will put on the ground. 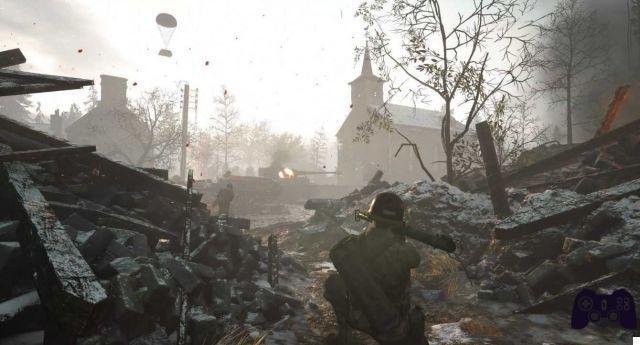 Nothing new in the West

And it is with these last tips for Hell Let Loose that we end our full-bodied guide; by now you have certainly learned the main tricks to become an excellent soldier, and you will be ready to face all kinds of adversaries and situations within the game. The title was initially released in early access on Steam, and is definitively available on PC from July 27, while it is on PS5 and Xbox Series S and X from the 5 October. Keep following us on our Holygamerz website for more video game guides, while for new low-priced titles check out the Instant Gaming store.

Hell Let Loose is an FPS that places you squarely in the trenches of World War II, textually and figuratively.
Asset management, teamwork, tactics and considerably more make for an impressively demanding experience that can be impressively satisfying if you can get the hang of it.

Is there bullet drop in Hell Let Loose?

So far, Hell Let Loose has used a changed line-drawing system that adds the gravity-driven bullet drop - with the only exception being snipers using a physical projectile.
The new system simulates each bullet as a projectile, meaning you now have to take range and velocity into consideration, and aim your shots.

Where do I point to "Hell Let Loose"?

Audio Video Hell Let Loose: Guide with the best tips and tricks
HITMAN 3: How to transfer HITMAN 1 and 2 progress and maps ❯

add a comment of Hell Let Loose: Guide with the best tips and tricks