Super Mario 64: All the stars of the Bob-omb Battlefield

Super Mario 64 is one of the most loved video games of all time and every self-respecting platformer fan should play it at least once in their life. This title was first published way back 1996, but luckily over the years, players have had several opportunities to recover it. The game over time has come to different consoles, such as Wii, Wii U and DS (in the form of a remake), and is now finally available for Nintendo's latest hybrid console thanks to the collection Super Mario 3D All-Stars.

Now that Super Mario 64 is also playable on Switch, many players are finally recovering it. Some people are just intent on enjoying the game calmly, while others do they want to complete it 100% immediately. To help these completist players we decided to write a series of guides dedicated to all levels of the game. Specifically, in this article we will indicate dwhere to find all the hidden stars in the first level of Super Mario 64, that is "Bob-omb's Battle".

Don't be in a hurry

Before starting with our guide, we would like to make some clarifications. In every level of Super Mario 64 are present 7 stars (you are more of a hidden one) but in some of them, such as in "Battle of Bob-omb", you won't be able to collect them all right away. To get some stars you will first have to go to the other pictures, thus unlocking power ups that will allow you to reach previously inaccessible places. For this reason we suggest you not to be in too much of a hurry to complete all levels and aim first to reach a fairly advanced point in the game. 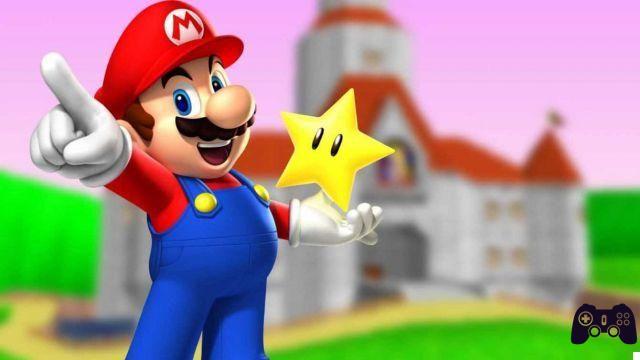 Boss Bob-omb on the top - Super Mario 64: the stars of the Battle of Bob-omb

Let's start our guide dedicated to the "Battle of Bob-omb" with one of the simplest stars to get. The first step to find it will be to follow the main road of the level and reach the top of the high mountain that you will find in front of you. Once you have reached the top you will have to defeat King Bob-omb to get the star, but luckily it will be a very easy fight. 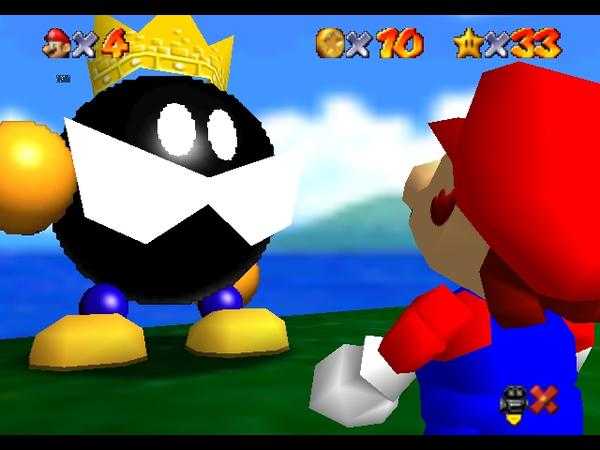 Race with Koopa the Fast - Super Mario 64: the stars of the Battle of Bob-omb

After you get the first star of the "Bob-omb Battle", Koopa the Swift will appear near the start of the level. By talking to this turtle you can start a race where the winner will get a star as a prize. Beating this Koopa is not difficult at all, as it will be enough for you reach the finish line within about one and a half minutes. But remember that the use of guns is strictly forbidden, so if you don't want to be disqualified we suggest you stay away from it. 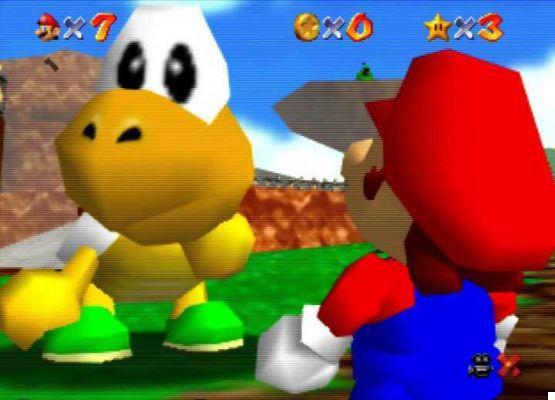 To the Great Little Island - Super Mario 64: the stars of Bob-omb's Battle

To get this star you just need to use the cannon positioned to the right of the Clatter for reach the small island floating in the sky above you. To avoid flying over it and falling to the ground again, we suggest you aim for the top of the tree, thus allowing Mario to automatically hang on. If you haven't unlocked the cannons yet, that's all you need to do talk to one of the pink Bob-ombs at the start of the level. 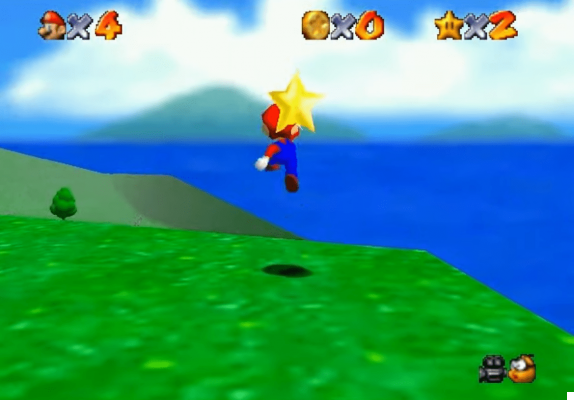 As you can already guess from the name, to get this star you will have to collect 8 red coins hidden within the level. Each Super Mario 64 painting has stars that can only be obtained by collecting these coins and the “Battle of Bob-omb” is no exception. Below we will list you the position of all 8 of these coins: 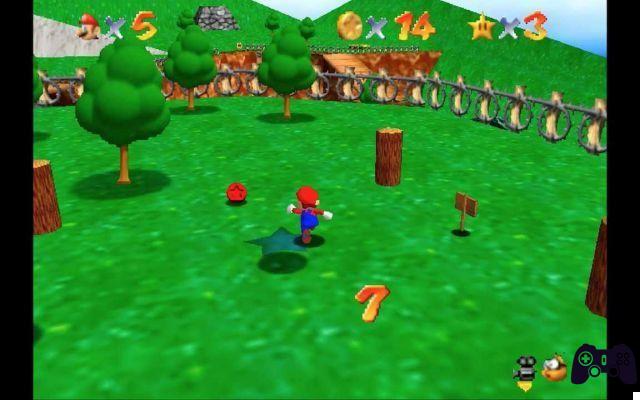 Mario Take to the skies - Super Mario 64: the stars of the Battle of Bob-omb

This is one of those stars that you will not be able to get the first time you visit the "Battle of Bob-omb", since to collect it you'll need to unlock the winged hat first as you progress through the game. After you get this power up you simply need to go to the flying island, collect the hat, jump into the cannon and then fly through all the floating coin rings. If you have passed all the circles correctly you will finally be able to collect the coveted fifth star. 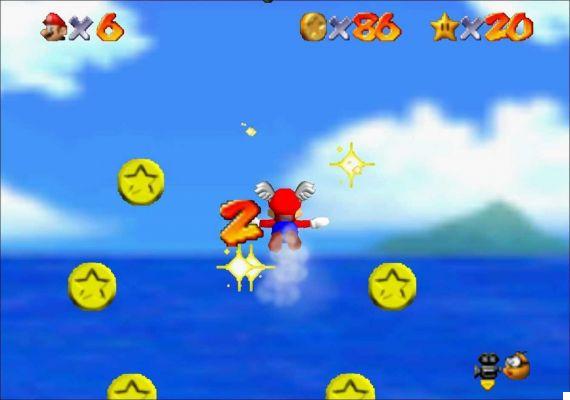 Beyond the Gate of Categnaccio - Super Mario 64: the stars of the Battle of Bob-omb

To get this star you will have to free Clatter and cause it to destroy the gate positioned behind it. Fortunately, this won't be difficult at all, as it will be enough for you use 3 times the ground smash on the wooden log it is tied to. 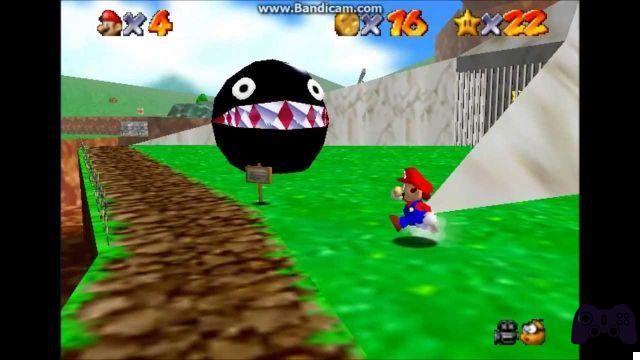 Again the paragraph title is quite self-explanatory, given that to get this star you will have to collect 100 coins. Overall in "Battle of Bob-omb" there are 103 coins, not counting those obtainable by defeating enemies. Once you have collected 100 in total, the star will appear in place of the last coin you collected. 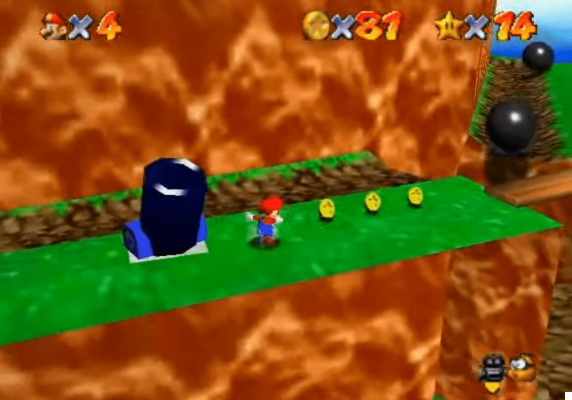 Thanks to this guide now you shouldn't have any problem collecting all the hidden stars in the "Bob-omb Battle" level of Super Mario 64. If you are interested in finding out how to get the stars present in the other levels, we leave you below. a list with all the guides on the game currently on our site:

Super Mario 3D All-Stars is available now for Nintendo Switch. If you are interested in staying up to date with all the news on the world of video games and much more, then continue to follow us here on Holygamerz.

Temtem: tips and tricks to become the best ❯

add a comment of Super Mario 64: All the stars of the Bob-omb Battlefield