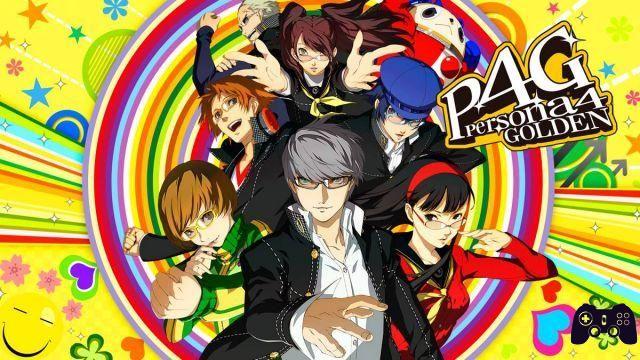 One of the main features of the new Persona series titles are the so-called Social Link, i.e. relationships with various characters within the game to which different tarot cards are associated.

Spending time with them will rank the associated Social Link, allowing us to obtain various bonuses useful for gameplay

In this guide we will explain how to easily advance the Social Link of the arcane Lovers, associated with Kujikawa laughed.

Kujikawa laughed he is one of the first characters that we will be able to see in the game, more precisely during a cutscene in the first minutes of the title. We will soon discover that this is a famous idol from Inaba, which has quickly won the hearts of most of Japan.

Her arcane is linked to the hearts, that is that of Lovers, whose relative Social Link will be unlocked by the protagonist shortly after the young girl returns to her native country, taking a break from show business. 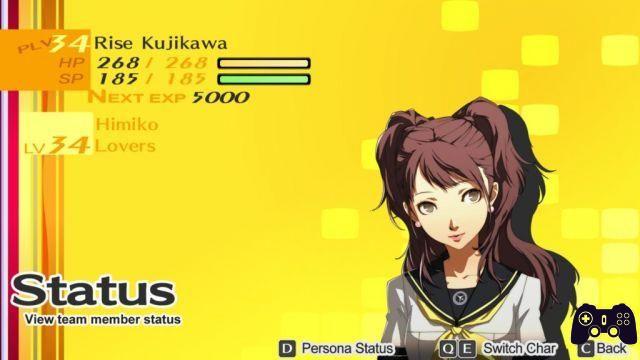 She will initially appear to be quite sad and tired, but as the Investigation Team's mission progresses, she will begin to open up more and more and accept her life as a public figure.

It represents the stereotype of the idol, a typical figure present in Japanese productions and closely linked to Japanese culture in general.

As in reality, Rise has to suffer several conflicts from pretending to be perfect in front of the audience. This recalls the philosophy of the game itself, as “Risette”, that is, his idol name, is one of the masks (person) he wears but cannot accept, precisely because he does not believe that he fully represents it.


From the beginning she will seem attracted to the protagonist, and precisely by virtue of her arcane Lovers, she will come very close to him from a sentimental point of view.

This will help her, during her Social Link, to develop a deep relationship of trust and friendship with the entire Investigation Team, which will allow her to finally see the fruit of her efforts. 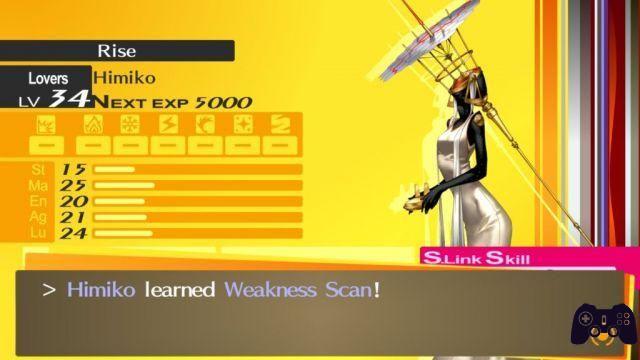 Unlike the other members of the group, he will not participate directly in battle, but will have the role of Navigator thanks to the Persona Himiko.

Availability and location on the game map

You will find Rise in one classroom on the first floor during the days of the week ea south of the Shopping District during holidays and Sundays. 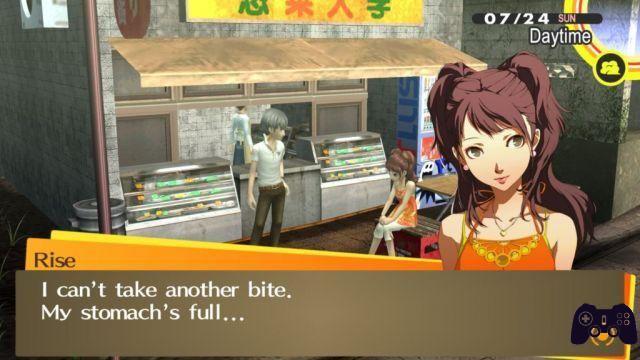 To start the Social Link, just wait for the July 23. Arriving at this date, it will start automatically.

You will have time until 27 November to maximize this Social Link.

Reaching rank 10 will also allow Rise to transform her Persona Himiko into Kanzeon, as well as unlocking the ability to obtain by merging Ishtar, the highest level Person in the Lovers arcane.

Furthermore, if he speaks to him after 10/1 having maximized his Social Link, Kanzeon will turn into Kouzeon, learning the one move in the process Complete Analysis (shows all the strengths and weaknesses of the enemy).

Skills for the bicycle 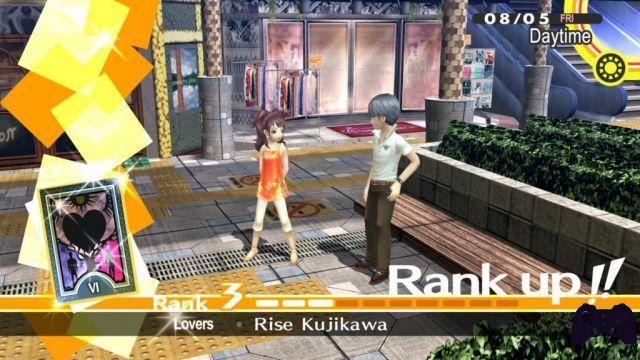 Remember to always equip one Person of Arcanum Lovers to earn more points during your interactions with Rise (the table below will take this into account when specifying the points earned).

If you want information on the various difficulties, on optional bosses, on Social Stats and on many other game mechanics, I refer you directly to ours Complete guide on Persona 4 Golden.

Overwatch: the most popular strategies in Competitive | Guide