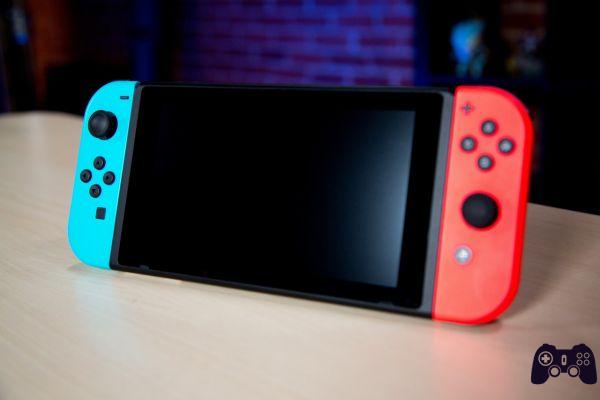 Nintendo announces, through a press release, that Nintendo Switch has exceeded the sales of Wii in the first 10 months of launch.

Vimercate, January 10, 2018 - Nintendo confirms that Nintendo Switch has achieved exceptional results, surpassing Wii sales in the first 10 months of launch. The figure joins the one already communicated by Nintendo of America where Switch was the console that sold fastest of all time in the USA, far surpassing its competitors.

Nintendo Switch, the innovation of the entertainment market that allows you to play where, when and with whoever you want by combining the versatility of the console, the quality of the gaming experience and the care of content and video games, thus becoming the Nintendo home console that has sold faster in Europe, even surpassing Wii, which held the previous record.

“Nintendo Switch sales are giving a lot of satisfaction and we are confident that this success will continue in 2018 thanks to a mix of new and important titles on the way including Kirby Star Allies, Bayonetta 2, Dragon Quest Builders, a new title in the Yoshi series and an already successful line up with quality games including The Legend of Zelda Breath of The Wild, awarded Game of the Year at The Games Award in Los Angeles, Super Mario Odyssey, best family title, but also Arms, Splatoon 2 , Mario Kart 8 Deluxe, Xenoblade Chronicles 2, ”says Andrea Persegati, Nintendo General Manager.

Source
Do you want to be a video game expert and know all the tricks, guides and reviews for your video games ? Holygamerz.com is a group of video game fanatics who want to inform you about the best tricks, guides and tips. We offer you the best information to be a reference in gaming, so here you can find guides, tricks, secrets and tips so you can enjoy your games to the fullest. Are you ready to get all the achievements of that game that you resist so much? Enter now and enjoy your favorite video game to the fullest!
Forza Horizon 2: Storm Island review ❯

News + PS5 will be backwards compatible with 99% of PS4 titles