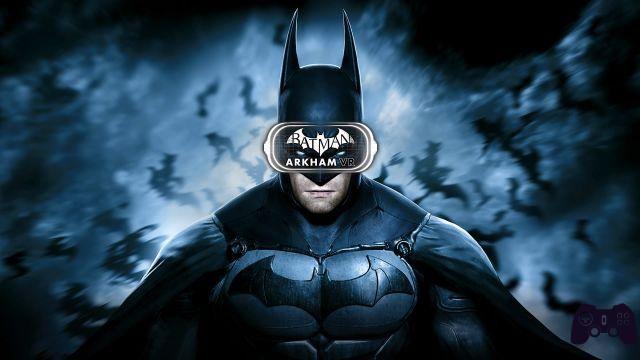 Warner Bros. Interactive Entertainment announces, through a press release, that Batman: Arkham VR will be available for HTC Vive and Oculus Rift on April 25th.

Batman ™: Arkham VR is the first virtual reality experience that allows players to immerse themselves in the Dark Knight universe, wearing the Batman ™ cape like never before. PC players with HTC Vive or Oculus Rift will have the chance to experience Gotham City through the eyes of the world's greatest detective and investigate the haunting mystery of Batman ™: Arkham. Players will enter a virtual world where they must think like Batman ™ and must harness his legendary gadgets as they unravel a plot that endangers the lives of his main allies.

“Bringing Batman ™ into virtual reality has been a very rewarding experience for us here at Rocksteady. The Dark Knight is a character that has always been incredible to work with due to his psychological complexity, so it's amazing to be able to use this totally immersive tool to explore his psyche to unheard-of depths, ”said Sefton Hill, creative director at Rocksteady Studios. "We are thrilled that with the introduction of the HTC Vive and Oculus Rift versions, PC gamers will finally be able to don the cloak over their shoulders and play the role of the greatest detective in the world."

Batman ™: Arkham VR will have full compatibility with Oculus Touch and Vive controllers as well as PC gamepads, including the DUALSHOCK®4 wireless controller for PS4 ™, the Wireless Controller for Xbox One and the Steam ™ Controller.


Source
Do you want to be a video game expert and know all the tricks, guides and reviews for your video games ? Holygamerz.com is a group of video game fanatics who want to inform you about the best tricks, guides and tips. We offer you the best information to be a reference in gaming, so here you can find guides, tricks, secrets and tips so you can enjoy your games to the fullest. Are you ready to get all the achievements of that game that you resist so much? Enter now and enjoy your favorite video game to the fullest!
Bayonetta Review (PC) ❯

Add a comment from News Batman: Arkham VR available for HTC Vive and Oculus in April