How to translate a PDF, beginner's guide 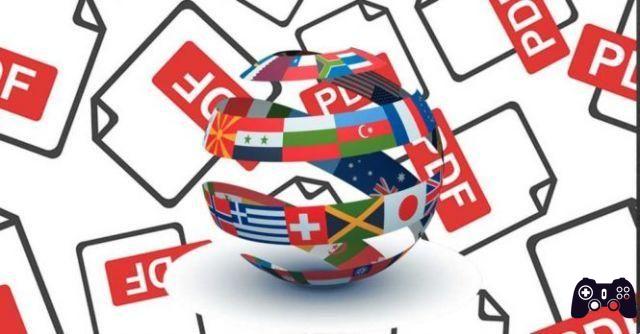 We will explain how to translate a PDF document. This format is still widely used around the world to share scanned documents, we have already talked about how to create them from a document or how to sign them in case it is something important. It is also possible to convert them into eBook format.


But today we will go in another direction. Imagine you've received a PDF document in a language you don't understand and you just want to know what it says. Well, we will tell you step by step how to translate it, both on your computer and on your mobile. Let's focus on well-known applications, such as Google Translate or Microsoft Office. We will also show you a third option in the form of a website that you can use on mobile and PC.

How to translate a PDF with Google Translate

Let's start with Google Translate. It is a well known and used tool, and because it has both desktop and browser versions, it may be the only one you need to do this. We will start by explaining the steps to follow on the desktop, then we will tell you how to translate PDFs with your mobile app.

Translate a PDF with Google Translate on PC 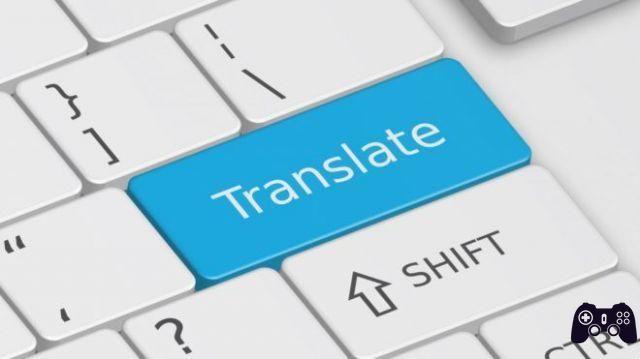 The first thing you need to do is open the Google Traslate website. Once inside, click on the Documents option you see at the top left of the screen. With this, you will stop translating texts and switch to the exclusive mode in which to translate documents.

Once the section for translating documents is open, you have to choose the languages ​​you want to use. The most important is the one on the right, which is the language into which you will translate the text.


On the left side you have to enter the language in which the PDF is present, although you always have the option to leave the Detect language option enabled so that Google Translate automatically identifies it. But on the right, put the Spanish or the language you want to translate it into.

Once you have chosen the language, Click the Browse button on your computer which appears in blue in the center of the screen section. In doing so, a browser window will open, where you need to search and add the PDF you want to translate. In addition to PDFs, this mode also allows you to translate .doc, .docx, .odf, .ppt, .pptx, .ps, .rtf, .txt, .xls or .xlsx documents.

Once you have chosen the PDF file you want to translate in the browser of your operating system, it will be uploaded to Google Translate. Once done, all you have to do is click on the Translate button which you will see in blue.

And this is all, the translation of the document will open in text in a new tab of the browser. Now you can read and know what it says, and if you want you can save it as a new PDF document, both with the option to print and directly with applications like Word.


Translate a PDF with Google Translate on your mobile 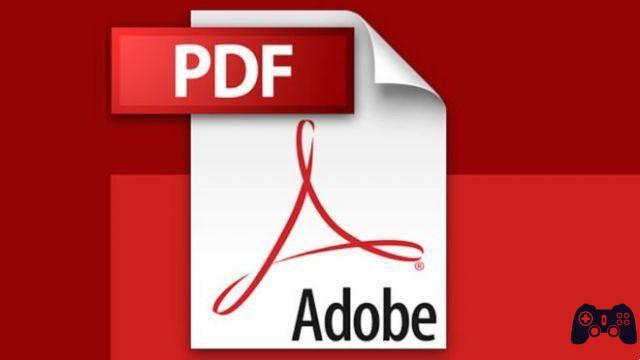 In the mobile application you cannot translate documents like in the web version, but you have the option to translate everything you have on your clipboard. To activate it, open Google Translate and access the Settings option that you will see in the options sidebar.


Within the settings, now press onTap to translate option, with which Google Translate will continue to work in the background to translate selected texts from other applications you use.

On the Touch to Translate feature screen, activate the button located in the Enable option and the function will work. In Preferred languages ​​you can configure which language you want to translate the texts into, and from which languages ​​are translated, which you can set in Detect language.

Time open the PDF on your mobile phone and select the part you want to translate holding your finger and moving the start and end selection buttons. Once selected, click the Copy Text button whose position may vary depending on the application used. In the example we are using the Google PDF Viewer app.

When you click on a text with Tap to translate turned on, a Google Translate icon will appear in the top right of the screen.Click on this Google translator icon if you want to translate the text you saved in the clipboard when you copy it.

And that's it, when you click the Google Translate button, a window will open with the translation of the text you have selected. Here, the downside is that it's not that convenient to use as a desktop web version, and Translate's mobile web version doesn't have the ability to upload PDF files.

Translate a PDF with Word 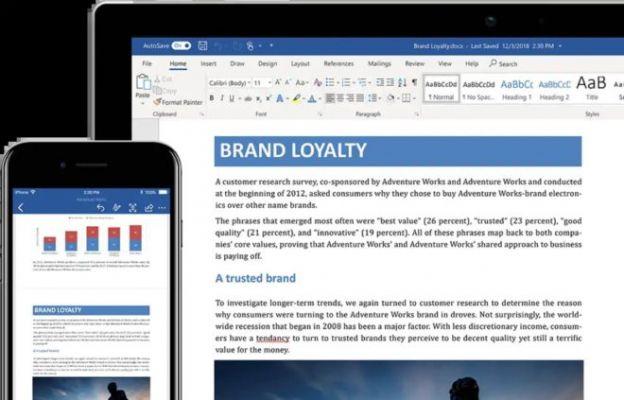 Another application with which you can translate PDF files with relative ease is Microsoft Word. In it, what you need to do is open the PDF file and save it as a Word file. This is easy, since you just need to open the PDF, then go to the File menu to choose the Save option.

When you save the PDF as a Word file, it will automatically edit the PDF text as if it were a normal document. Now, you need to go to the Review section words, located in the top options bar of the application.

After the Review section, click on the Language option which will appear above the text. When you do that, a menu of options will appear, and in it you will have to click on the Translate document option found within Translate.

And that's it, in seconds you will have the text of the PDF file translated in a Word document. Now all you have to do is save this document or export it as a PDF so that you can continue to keep the format of the original. 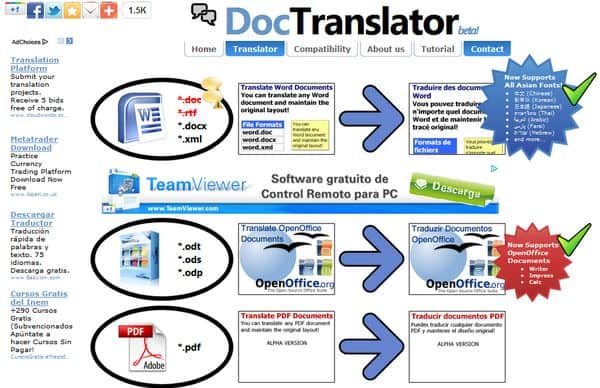 And third, we have a website called DocTranslator. When you log in, beware of any trap links that exist, which is what it lives for to be a free website. Once inside, click the Translator option which is on top and, once done, fai click the Upload File button to select it on your computer or mobile phone or drag the PDF directly into the window.

Loading the PDF file can take a few seconds, (and after several banner ads) an option appears below to select the language of the document and how you want to translate it. After configuring the languages, press the Translate button which appears in orange and the website will translate it using the Google Translate engine.

Once processing is complete, you can click the link to download the translated document. This is the trickiest part, since you'll be surrounded by banner ads and an orange button underneath to convert it to Word. The link is called Download your translated document !.

On mobile the process with this website is exactly the same, you just have to follow the same steps we just explained on mobile, once again take the proper precautions for advertising traps.

How to transfer files from Android to PC and MAC ❯

add a comment of How to translate a PDF, beginner's guide