How to read and write on NTFS drive on macOS? 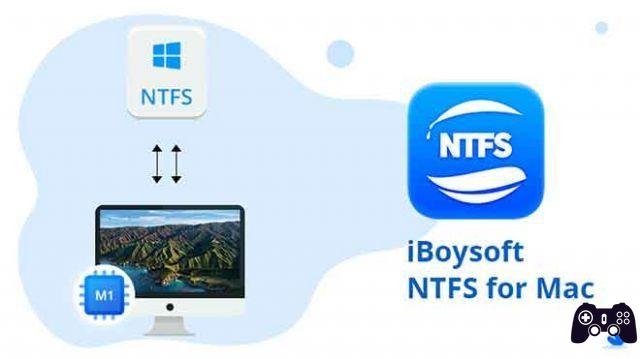 How to read / write NTFS drives on macOS is a very common question asked by most Mac users. The problem is mostly faced by people who have used computers powered by Windows OS previously and later switched to macOS.


The New Technology File System (NTFS) is a file system developed by Microsoft and used on the Windows operating system.

Even nowadays Windows users prefer NTFS file system instead of other file systems for various reasons. For starters, NTFS offers better encryption and security features for files stored on the drive. In addition, the compression algorithm of NTFS provides more free storage space than other file formats.

Additionally, NTFS supports individual file sizes greater than 4G. Last but not least, the corruption rate is lower than other formats, especially on drives with a lot of data in them.


If NTFS is a popular file system, why doesn't macOS support it? The reason is that NTFS is a proprietary Microsoft file system and the company hasn't actually released any proper documentation for it. Also, there is no official licensing system for NTFS.

Therefore, Apple does not offer full support for NTFS on macOS. However, macOS does support NTFS read functionality. This means that you can access the content stored on NTFS drives and read it simply.

However, macOS does not offer support for writing to NTFS drives. Hence, it is not possible to delete, rename, modify files on an NTFS drive on a Mac computer.


What is iBoysoft NTFS for Mac?

iBoysoft is a famous software development company that offers various solutions for data recovery, drive management, etc. NTFS utility software for Mac allows macOS users to test all file privileges of their NTFS drives on a computer powered by the macOS operating system. More importantly, it is one of the few software available that is fully compatible with the latest macOS and ARM-based Mac M1.

With iBoysoft NTFS for Mac, writing to NTFS drives on your Mac shouldn't be a problem, just like existing NTFS read-write support natively on macOS or OS X.

It is a handy and lightweight menu bar app that allows you to perform the main functions in the drop-down menu.

Mac mounted NTFS drives will be listed in the drop down menu, where you can easily open or eject them one by one or eject them all at once.

The NTFS driver also functions as an NTFS disk manager which allows you to:

• Erase the data on the disc

Here you can find the official guide on how to enable read and write support on macOS Big Sur.


Features of iBoysoft NTFS for Mac


Below is a more in-depth look at the features offered by iBoysoft NTFS for Mac.

• Highly integrated with MacOS Disk Utility and Finder: the updated version gives you direct permission in Finder (rename, tag and AirDrop file) and Disk Utility (Partition and Erase). It is extremely affordable and saves you time.

How to Put a Picture Behind Text - Microsoft Word ❯

add a comment of How to read and write on NTFS drive on macOS?