Apple, here's what the first foldable iPhone will look like

Some images attached to a suspect have just leaked on the internet patent dedicate yourself to the cousin Foldable iPhone. In fact, we recall that Apple, for the moment, has not yet presented a smartphone of this type.

The first images depict a device with a design different than what we expected. We will not find a foldable display, but two screens connected by a hinge. This is the same solution adopted by Microsoft per Surface Neo e Surface Duo, two devices that should arrive soon. 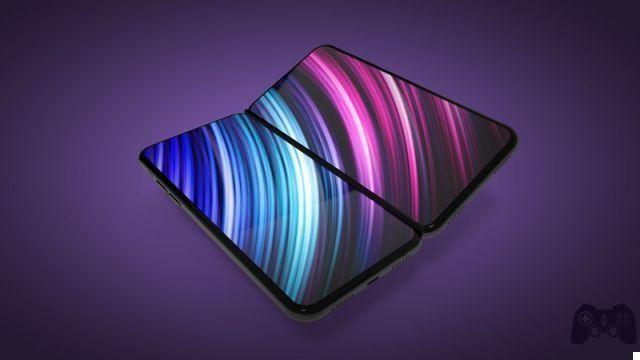 To have spread this indiscretion was Jon prosser on Twitter. The leaker also announced that when the two displays are extended, the hinge will be barely visible. The expert also anticipated the presence of a rounded edge in stainless steel. They would therefore look like two real iPhone 11 (device available on Amazon) connected by a hinge.

Previous rumors have also suggested that Apple is actually working on a "foldable" iPhone, although it is likely that it will not see the light until at least thenext year. In 2020in fact, the manufacturer is focusing on the first iPhone compatible with 5G.

Samsung could be preparing to launch the second generation of folding smartphones (Galaxy Z Flip is already available on Amazon), with an event perhaps set for next August.

Apple iPhone 11, with 64 GB of internal memory, is available for purchase on Amazon. this address.

Apple: here are the alleged devices arriving in 2021 ❯