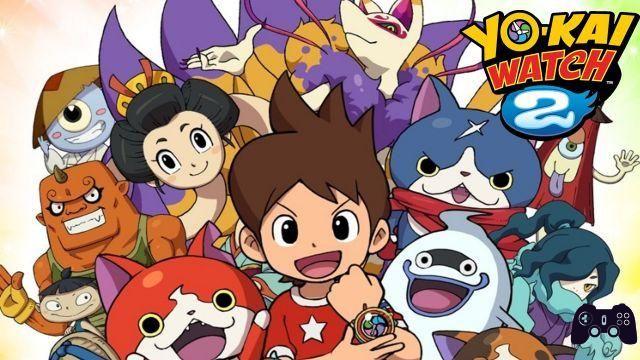 A year after the debut, Nathan and Whisper return to Nintendo 3DS in a second chapter available in two different versions.

During April 2016, Nintendo and Level 5 decided to bring one of the most successful brands of the Japanese land to Europe, thanks to an animated series broadcast by Cartoon Network (and available at newsstands every Thursday), official merchandising distributed by Hasbro and a manga published by Panini Comics. Sure, on balance Yo-kai Watch did not become the new Pokémon, but still managed to carve out a fair share of the public, which last April 7 rushed to the shops to choose one of the two versions of the second chapter: Pulpants o Spirits.
Part of a triptych (whose third release is scheduled in America this fall), the two factions of Yo-kai Watch 2 are dated 2014 in the motherland and go to patch some of the defects of the progenitor. Let's find out together if Nathan's (or Katie's) new adventure has reached its target.

Once the game starts, we will find ourselves once again choosing between Nathan and Katie, and then we can focus on the events that will kick off this new adventure. During a summer night like any other, the Yo-kai Watch is made to disappear by two cruel Yo-kai (Pina and Gina) and Nathan loses all memory of his previous adventures. This will kick off a series of episodes that will make the player aware of the basic functions of creating Level 5 as the boy recovers his memory: from the relationship with Whisper to the unique properties of the watch, up to (re) saving Jibanyan. from his challenges against trucks and the possibility of wandering around Valdoro at night. The repetition of some key events of the first episode will also be noticed by Nathan himself, but everything can be perceived not only as a huge dejavù, but also as a useful summary for those who might have gotten lost. Yo-kai Watch  last year.

As for the main plot, Yo-kai Watch 2 re-proposes the chapter structure seen in most of the Level 5 productions, complete with an episode title and black closing screen, so as to take by the hand even those who come from the series animated. And it is precisely with the TV series that this new chapter soon comes to terms, bringing new Yo-kai to Valdoro, and transforming Jibanyan into the third member of Nathan's trio (from simple Yo-kai of the first episode).
Nathan, Whisper and Jibanyan, after the initial memory loss, will take the train to Harriland, a remote place in the mountains where our protagonist's grandmother now lives alone, once they arrive they will discover that they have been attracted to that place by Hovernyan, a flying Yo-kai cat, who requires the young man's help to rescue his best friend Nathaniel. Everything is normal, except that the danger threatens the Valdoro of sixty years earlier. Once he reaches the past, Nathan will also find out about the feud between Spirits e Pulpants (which lend themselves to the subtitle of the game) in a parallel story that will also unfold for some of the post-game activities. 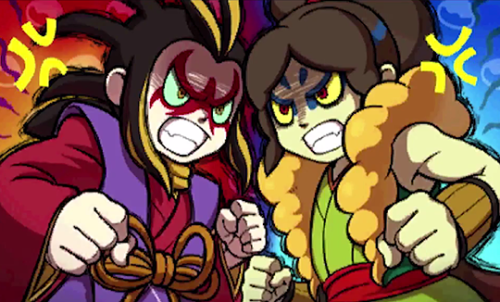 Plot capable of conveying the message

As before, if you want to run straight to the credits, the main storyline of Yo-kai Watch 2 can be completed in about twenty-five hours, although you may lose more for the mandatory submissions to the continuation of events, which require friendship with. certain monsters or a certain rank of Nathan's watch. The plot is still dedicated to the little ones and once again the main focus is on friendship and on how friends make it possible to overcome any difficulty. Nothing exceptional, of course, but in any case capable of conveying its message to the target audience.
If, on the other hand, you should also dedicate time to training, friendship with new allies and optional missions (which you can still return to during the post-game), this Level 5 adventure could also take away over 50 hours of yours. life. And even in this case, the game begins to push on the real difficulty after the credits, requiring more precise strategies and a more conscious use of the different abilities of the sprites.

The gameplay of the battles of Yo-kai Watch 2 apparently remains the same as in the first episode: a maximum of six medals divided into two rows and with automatic attack of the sprites against the unfortunate opponents. The player will once again be able to decide which enemy to attack, and will have the option of using the Energimax move, or purification in case of spells on their team. In any case, we expressed ourselves on the main gameplay last year and it is useless to repeat ourselves when we are literally one click away. Instead, let's talk about the novelty, the Zero Watch that gives its name to this same paragraph. On his journey into the past, Nathan will come into possession of the first Yo-kai Watch, the Model Zero, the only weapon that can be used against the Spectral Yo-kai. The Zero Watch is activated via the touch screen, by pressing the center of the screen, and allows the use of the moves Energimax Maxi, more powerful versions that will also drain the energy of the two Yo-kai adjacent to the user and of the Pungi tool, which can be activated whenever the opponent is lazy or enchanted, and will help in obtaining more money, more possibilities of friendship and finally simply more energy. 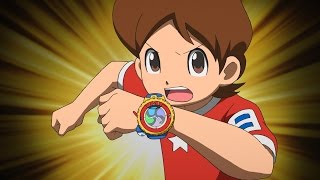 The Zero Watch is certainly the most substantial novelty of the gameplay, but Pulpanime and Spiritossi also present some stylistic changes that certainly goes to patch up some of the naivety of the predecessor. First of all, by focusing your target on an opponent it will also be possible to see the category of food of his taste, so as to be able to narrow the field of choices of dishes to offer to groped to make friends. This goes to make the Yo-kai hunt less frustrating, although it still doesn't make it great and there still remains a set of random situations to accumulate. Less casual than the first chapter, but still a hunt entrusted to luck. The second stylistic change concerns the secondary missions: Level 5 has added a useful indicator that will facilitate the search for an objective, not letting us wander around Valdoro unnecessarily.

Like the series to which it is often compared, this new chapter of Yo-kai Watch also introduces new spirits, bringing the total to 385. Among these are the legendary, the exclusive and the umpteenth reskin of those already seen, but many of the new entry are well characterized and also offer nice sub-missions (and fun boss battles). But, as we have already said, this time Valdoro is not limited to the Yo-kai and the fishing trips or hunting for insects. Scattered around the city of Nathan there are also special doors (to be found strictly with the lens of the Yo-kai Watch) that will offer challenges of various kinds, and will reward the player with orbs useful for a post game mission. Or the fearsome Quiz Signs, also hidden in the game area, which will require you to enter the exact name of the chosen Yo-kai and the possession of the corresponding medal. These Sign Quizzes not only unlock story elements, but can also provide access to new buildings (the gym) or revived old bosses. The only problem remains to learn the names of all the sprites available.

Fleshy and Spirits obviously have their own exclusive monsters, and allow the exchanges between cartridges both locally and online, in the same way the battles between players have also been introduced and a fun action minigame called Yo-Kai Busters, in which you will be able to impersonate the sprite we prefer in teams of four players (unfortunately only locally). As we have already mentioned, Yo-kai Watch 2 guarantees hours of fun even after the story, although some of these additions are not as developed as the others and the hunt for the strongest Yo-kai always takes over the rest.

More of the same Valdoro

During this review we have returned several times to the comparison with the first chapter, a necessary comparison and which in most cases sees Yo-kai Watch 2 come out the winner. Although it is a 2014 title and uses in all respects the same graphics engine as the previous one (and consequently Inazuma Eleven Go), it still makes a good figure, both in the environments and in the polygonal models of protagonists and Yo-kai. It is in fact possible to replace Whisper with any of the Yo-kai that have become our friends, in a feature very similar to the late Pokémon Companion of Heart Gold and Soul Silver. As for the environments, Level 5 proposes the entire Valdoro already seen last year, to which are added the new locations of Harriland e San Fantastico, and the different train tracks that connect them. These trips are needed to unlock the different Transpecs (with which to use the fast trip) or to get rare items from the different travelers; unfortunately it is not possible to accelerate the speed of the train, making the aforementioned rapid journey very often favored. Once again the whole title is completely in Spanish (even in the dubbing, where present) and we will not return to the unfortunate adaptation of some names, 'because we already talked about it enough last year.

Verdict 8/10 Next time I aim for the highest grade! Comment Yo-kai Watch 2 Fleshy and Spirits amused me and managed to polish some flaws of the first chapter, while re-proposing many environments and situations for the first part of the game: fortunately when the plot comes to life, the game stands out by revealing itself better of the previous one. So is it fair to talk about More of the Same? It would be stupid to deny it, but not for this reason it is to be labeled in a negative way: Yo-kai Watch 2 is practically the first chapter revised and improved, with a stronger plot, although shorter, and for this reason it is an unmissable title for owners of 3DS who have already appreciated what Level 5 did in the past or for those who discovered it through another media. Hoping that the third version, the spin offs and the third chapter will soon be seen by us too. Pros and cons ✓ Improved friendships and submissions system
✓ New well-characterized Yo-kai
✓ Full of content and modalities ... x ... many not exploited to the fullest
x Some Yokai remain simple reskins
Do you want to be a video game expert and know all the tricks, guides and reviews for your video games ? Holygamerz.com is a group of video game fanatics who want to inform you about the best tricks, guides and tips. We offer you the best information to be a reference in gaming, so here you can find guides, tricks, secrets and tips so you can enjoy your games to the fullest. Are you ready to get all the achievements of that game that you resist so much? Enter now and enjoy your favorite video game to the fullest!
Halo Review: The Master Chief Collection ❯

Assassin's Creed Valhalla review, the review: is it worthy of the name?