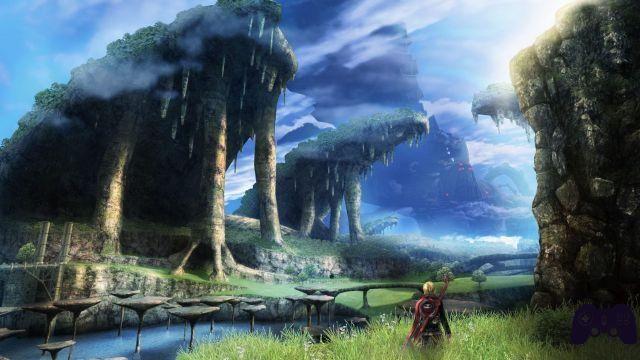 There is no doubt that Xenoblade Chronicles, JRPG developed by Monolith Soft. su Wii in 2010 and published in Europe in 2011, can in all respects be considered a real modern classic. A title appreciated by critics and the public, characterized by an elaborate and compelling combat system, an immense world to explore and a plot that continues in a continuous crescendo. It should therefore come as no surprise that while awaiting the spiritual sequel, Xenoblade Chronicles X su Wii U, Nintendo has decided to revive the first game in the series, also thanks to the inclusion of the protagonist Shulk in the roster of Super Smash Bros. for Nintendo 3DS e Super Smash Bros. for Wii U.

Galeotto was the port

What is surprising is the choice to direct this new version of Xenoblade Chronicles on 3DS, and not rather on Wii U, with a nice HD remaster. In addition, given the immense scale of the game's environments, the modest handheld console hardware proved unable to handle Monolith Soft's masterpiece. For this, the edition in question of the title was released as the first ever title "only for New 3DS", taking advantage of the greatest amount of RAM and the best processor of the latest hardware revision of the laptop. The port was carried out by the American studio Monster Games, known for titles such as Excite Truck e Pilotwings Resort, already expert in Wii - 3DS ports thanks to the work on Donkey Kong Country Returns 3D. Despite the team's experience and the improved hardware of New 3DS, the graphical downgrade of this portable edition is sensitive. The game, which already at the time of the original release amazed for the scale of the environments but certainly not for the finer details, now has a coarser aspect, with less defined details and low quality textures. The overall look has a washed-out, washed-out feel, which is a real shame given the rendering of some of the more lush environments on the Wii. Another problem that has arisen in this port is thevisual encumbrance by bars, icons, indicators during the combat phases. If the user interface already seemed slightly chaotic on Wii, on the small screen of New 3DS it becomes literally cumbersome, at times annoying. Finally, there is the removing the Japanese audio track, made necessary for space reasons on the game cartridge. A shame for all the more Japanese-loving players, however easily forgivable given the high quality of the English dubbing, made with British rather than American actors, a choice that gives a particular feeling to the dialogues of the title.

Bionis and Mechonis, see you again!

In light of these issues, is the portable version of Xenoblade Chronicles still worth playing? Absolutely yes. Beyond the few sacrifices required, Monster Games has done a great job of preserving as much of the original game as possible, ed even just being able to watch a title with such a vast game world on a portable console is unbelievable. All the elements that made Xenoblade great on Wii are also present on 3DS, starting from the plot and setting. The world of Xenoblade was born from the corpses of two gigantic titans, who killed each other in a timeless fight. On their continent-sized bodies, two different civilizations have flourished: one organic, the Homs, and one mechanical, the Mechons. Homs and Mechon, engaged in a fight without quarter like the titans who generated them, and at the center of everything Shulk, a young boy in possession of the Monad, a sword with mysterious and unpredictable powers. If the incipit may seem trivial, everything is glorified by a series of well-orchestrated twists and by an excellent direction in the filmed sequences. Furthermore, if in the first three quarters of the game the plot plays an almost secondary role, in the final portion all the narrative power of an expert team like Monolith Soft comes out, enriching the story of those philosophical references so dear to Xenogears / Xenosaga fans.

Xenoblade Chronicles 3D, a JRPG for the new millennium

The gameplay of Xenoblade Chronicles is that of a Action RPG, with a combat system that incorporates and evolves that of Final Fantasy XII. The character will automatically attack opponents when they are within range, leaving the player to control movements and special attacks. Each attack will have different effects and effectiveness depending on the positioning with respect to the opponent and the combinations with the hits of our allies. In the game we will be able to directly control only one character of the team, but we will have the possibility at any time to choose which of the protagonists at our disposal to use. Each character has its own specific role and well-diversified gameplay: facing the same fights with different characters can be a completely different experience. Other heavy influences on Xenoblade Chronicles are those of the WRPG regarding the presence of a extremely large game world, freely explorable, and that of MMORPGs for the quest system. Despite the immensity of the play areas, in Xenoblade it is difficult to get bored. Each area is alive, with its own specific ecosystem of animals and special monsters that show up only at certain hours of the day or night or in the presence of certain atmospheric conditions. Some quests will require “hunting” for these special enemies, while exploration is also of great importance. Not only will we be able to get experience points through the discovery of points of interest and various ruins, but also for the completion of some actions (for example jumping from the highest waterfall on the map). The discovery of the points of interest is also doubly important as we can then select them in the menus as meeting points for rapid transport, a function of absolute utility, since it normally takes several tens of minutes to cross a single section of the map. There are also aspects such as the fusion of gems, the equipment of armor, the management of relationships between characters. Xenoblade is peppered with these little gameplay systems in every area, and the skill of the developers was to be able to gradually introduce each element, without overloading the player: it takes about twenty hours of play before having the complete picture of everything that Xenoblade gameplay can offer.

As we anticipated, the technical side was the most battered by the port on 3DS. Despite this the game's artistic design continues to shine, both in the design of monsters, mecha, flora and fauna of the game world, and with regard to some particular environments, the result of a powerful imagination, able to leave the player speechless. It is a pity that such an artistic peak is not accompanied by a technical realization of the same level. If this was already true on Wii, now on 3DS it is even more obvious. No problem with regards to the music, however, an incredible soundtrack made by a diverse team of composers, including names such as Yoko Shimomura (Kingdom Hearts) e Yasunori Mitsuda (Chrono Trigger). Lastly, longevity is one of the strengths of the game: a game from start to finish can last from 60 to 80 hours, while completists can easily exceed 100. And this without even considering the New Game +. To be honest, this port also adds features such as Streetpass support and Shulk's Amiibo, but the relevance of these features is very low: they are only used to unlock models and songs in the game's gallery. Fortunately, one might say, given the rarity of Shulk's Amiibo! 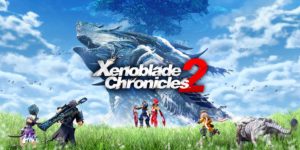 To learn more:
Xenoblade Chronicles 2 Verdict 9/10 Too big for the small screen Comment Xenoblade Chronicles 3D is not the best version of the Monolith Soft masterpiece. The graphic downgrade, the small screen that makes the user interface chaotic and the absence of the Japanese audio track make us prefer the original Wii version. However, these are trifles, given that in any case the title remains wonderful and absolutely worthy of being played. Xenoblade Chronicles is probably the most important JRPG of the last 10 years, and if you've missed it on Wii, you have no excuse not to make it yours this time. At the time of the Wii release we wrote: "A game to have. A game to love." And that hasn't changed. Pros and cons ✓ It is always a masterpiece
✓ The most important JRPG in recent years
✓ Vast worlds
✓ Excellent gameplay, storyline and setting
✓ Incredible soundtrack x Only for New 3DS
x The graphics downgrade is sensitive
x Too chaotic for such a small screen
x Japanese dubbing is missing

Do you want to be a video game expert and know all the tricks, guides and reviews for your video games ? Holygamerz.com is a group of video game fanatics who want to inform you about the best tricks, guides and tips. We offer you the best information to be a reference in gaming, so here you can find guides, tricks, secrets and tips so you can enjoy your games to the fullest. Are you ready to get all the achievements of that game that you resist so much? Enter now and enjoy your favorite video game to the fullest!
Guides How to unlock the Alchemist - Bravely Default II ❯