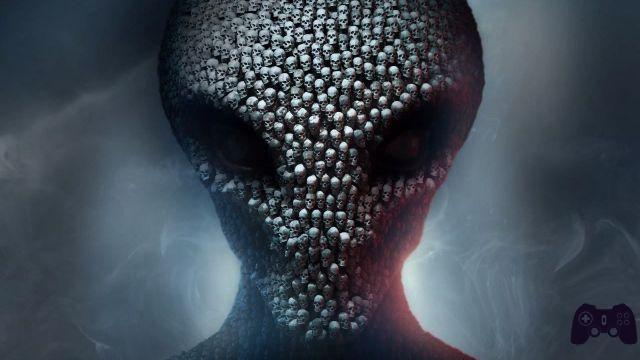 After XCOM: Enemy Unknown and the spin-off The Bureau: XCOM, aliens returned to give humans a hard time last February, with XCOM 2 exclusively on PC. Made by the guys from Firaxis Games (former authors of the first chapter), the title is presented once again as one strategic with management elements that, however, does not give up the action and that tries to conquer even the players who love the most elaborate plots and well-managed directions. After about seven months and with the support of the team The Workshop, 2K Games has succeeded in bringing up Xbox One e PlayStation 4 the adventures of the terrestrial resistance against the alien invasion forces, which after the first chapter have now settled on our planet. As usual, before discovering if it is worth returning to take on the role of the Commander of the Resistance, we remind you that the title is already available in both digital and physical versions at the launch price of 49.90 €.

If already the narrative sector of the first chapter succeeded in the intent to give a fascinating plot and able to keep the player focused until the end, XCOM 2 manages to improve this aspect from any point of view. After 20 years from the ending of XCOM: Enemy Unknown, we will return to interpret the same Commander of the first episode, with the aim of organizing a real revolt against the aliens and, sabotaging their operations, groped to repel the increasingly dangerous threat and ever closer to the mysterious realization of a Avatar Project. As mentioned earlier, XCOM 2's storyline features twists worthy of Hollywood's best blockbuster, charismatic characters and a unique atmosphere of imminent danger. During the various guerrilla actions our characters will move within certain game areas as if they were on a chessboard, but, by doing this, the guys at Firaxis Games have not forgotten the importance of solid direction and adrenaline-pumping action sequences, useful for improving the pace of play. Our every action, whether it is climbing over a wall or throwing a grenade, will be accompanied by a "shot" sequence with the best shot to emphasize the scene, making the games much more cinematic and capable of conquering even lovers of videogame storytelling. The numerous soldiers that we are going to use in our missions (which will die definitively if they are killed) are also equipped with a editable background e it will be possible to customize them from an aesthetic point of view down to the smallest detail. This element, in fact, contributes to becoming attached to many of its subordinates, sometimes pushing us to replay entire sections in the event that, due to a simple calculation error, any of them had lost their lives. The continuous succession of different missions and need to manage their own base (this time aboard a helicopter) make XCOM 2 a title capable of creating addiction and an enviable pace even from productions more focused on real narrative. During our games we also found ourselves facing one significant amount of text files, always written in a masterly way and able to contribute significantly to the identification within the game world. As if the dozens and dozens of hours required to complete the title (based on your ability), in this new version for home consoles from Microsoft and Sony are also present all the DLC released following the PC release; DLCs ​​that significantly increase the total number of hours played and that, in fact, make this new version of XCOM 2 the most complete available on the market. Let's not exaggerate, therefore, in saying the latest effort of the Firaxis Games guys is confirmed to be one of the best narrative products for this videogame genre and we would like to recommend the purchase even to those who, from a video game, are mainly looking for a story that is worth telling.

Even in terms of gameplay, XCOM 2 takes all the positive elements of the first chapter and raises them to maximum power

Also with regard to the gameplay, XCOM 2 takes all the positive elements of the first chapter and raises them to maximum power, presenting us a full title under every single detail. The title can be divided into two main types; it is in fact a product that wisely mixes the strategy of the clashes with the management part of the base. In this last part, in fact, we will be able to decide which challenges to face by traveling with our helicopter over the world, preparing to intervene in the place that we deem most appropriate. Obviously it is not recommended to proceed without thinking, as it will be necessary to survive manage our troops with care, collaborate in the research of scientists, support the engineering department and contribute in the construction of new rooms within our base so as not to find ourselves without the raw materials necessary to face a war. Each of our actions of this kind, in fact, will take some time to be carried out and, through a gameplay in some ways similar to Fallout Shelter, we will have to carefully calculate the commitments of our subordinates, to avoid running into missions while our best men are intent on performing other functions and / or wounded in the infirmary following the last battle. Moreover, from mission to mission we will have to enhance the antenna of our base to be able to reach new areas of the world and thus spread the word of the Resistance, gaining the trust of other human beings and making us entrust new missions. The aforementioned missions turn out to be not only more varied than the previous chapter, but also more cared for and able to push the player to act according to their needs. During our exploration of the world, in fact, we will be able to find refueling missions, primary / secondary quests and other battles to be fought to prevent the Aliens from realizing the Avatar Project. As it happened for the Dark Events of the first XCOM, in fact, if we do not intervene in certain situations, an indicator will rise at the top of the screen which, if filled, will finish the player's game. So the Avatar Project becomes a real enemy to fight, pushing players to do everything to not raise the level of the bar and risking making them make hasty decisions in order to survive. The Black Market, that is a particular area where it will be possible to buy men and materials in exchange for credits to avoid running out of something at the wrong time. The strategic part of the title, on the other hand, is particularly emphasized during the battles, which are activated when you decide to take part in a mission. The types of soldiers are divided into Rangers, Specialists, Grenadiers and Sharpshooters (with a few more surprises that we prefer not to reveal) and they all feature different skill trees and play different roles on the battlefield. Once you have decided which soldiers to send to fight, XCOM 2 becomes a title that mixes turn-based battles with elements of strategy, allowing you to move your troops on a "chessboard" and make them perform different actions based on the type of mission undertaken. As for the missions, the clashes also prove to be extremely varied and with different objectives ranging from recovery of important data, the sabotage of certain structures, passing through the recovery of hostages and the killing of a certain number of enemies. Special praise must also be given to the opponents who, even in the simplest difficulties, prove to have an AI definitely above average and they can boast characterizations (physical and otherwise) that are truly cared for in every aspect. In the most advanced parts of the game, when we will be forced to fight different types of aliens all together, XCOM 2 manages to give its best, with fierce battles where we will be forced to do everything to not lose (definitively) our men. Finally, we conclude by highlighting theexcellent conversion made for the pad which does not make you regret at all the combined mouse and keyboard (according to many, essential for a strategic one) and which allows even the less practical player of this videogame genre to tackle any mission without the slightest effort.

Even technically XCOM 2 doesn't seem to want to compromise

It gives a graphic point of view, XCOM 2 on consoles doesn't stray far from the PC version, presenting an excellent glance thanks to convincing polygonal models, successful graphic effects, and a character design of sure impact. Particularly cared for is the design of the enemies which, in their variety, are able to cross all the types of aliens known to the general public, revisiting their main characteristics and adapting them to the style of the series. Also excellent sound sector that combines an epic soundtrack with a solid dubbing in other languages ​​and with a truly convincing effects. In the course of our many games we have only encountered a couple of bugs due to the polygonal interpenetration between the characters and the environment (during the fall of a part of the building we got stuck in a desk) which forced us to load the previous save, but otherwise XCOM 2 proved to be a solid title in every aspect.


Verdict 9/10 Welcome to Earth! Comment We say it right away: XCOM 2 manages to improve all the (few) problems of its predecessor and the result is a title that is a must have not only for strategic enthusiasts, but for all those who are looking for a valid product from every point of view. Plot, direction, gameplay and technical sector are all elements that make up a title that has been able to entertain us for tens and tens of hours, without ever being boring and keeping us with our hands attached to the pad from start to finish. The fact that the controls of the aforementioned pad have been perfectly optimized and that you do not even remotely feel the lack of the combined mouse + keyboard should already be a symptom of the quality of this new console version of the Firaxis Games title. The aliens are back and now it's up to us to defend the Earth! Pros and cons ✓ Plot and characters at the top for the genre
✓ Excellent direction
✓ Strategic and profound like few other productions
✓ Switch from mouse / keyboard to painless pad
✓ Varied and fun gameplay
✓ Technically of quality x Some small technical imperfections

Do you want to be a video game expert and know all the tricks, guides and reviews for your video games ? Holygamerz.com is a group of video game fanatics who want to inform you about the best tricks, guides and tips. We offer you the best information to be a reference in gaming, so here you can find guides, tricks, secrets and tips so you can enjoy your games to the fullest. Are you ready to get all the achievements of that game that you resist so much? Enter now and enjoy your favorite video game to the fullest!
Guides Where to find Haldor the merchant on Valheim ❯