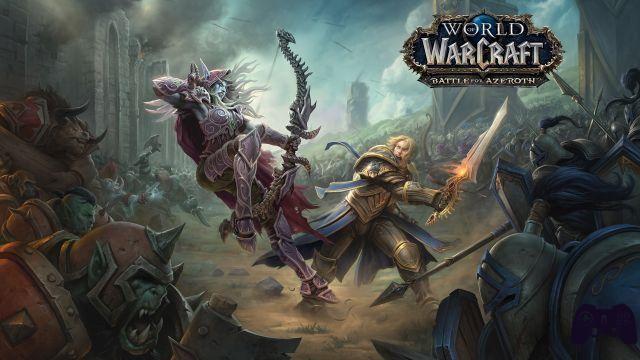 As reported by Blizzard, World of Warcraft: Battle for Azeroth sold 3,4 million copies on launch day. With these figures it also surpasses the previous expansion, Legion, and ranks first in sales related to this immortal MMORPG.

In these figures it is not clear whether or not the presales are present, with which Blizzard has guaranteed rewards and tempted players. These extras included a free advancement to level 110 and access to the first four Allied Races: Void Elves, Lightforged Draenei, Highmountain Tauren, and Nightborne.

In addition to this, Blizzard has heavily leveraged an immense advertising campaign, which brought the image of two characters looking into each other's eyes with the Battle for Azeroth logo everywhere.

The first raid in this expansion, Uldir, is scheduled for September 5, coinciding with the start of the Mythic + dungeons and ranked seasons of PvP. This means that even three weeks after launch, lots of new content will continue to arrive. Additionally, although no exact date is yet, other Allied Races such as the Humans of Kul Tiras and the Zandalari Trolls will still arrive.

World of Warcraft: Battle for Azeroth is available on PC on August 13th.


Source
Do you want to be a video game expert and know all the tricks, guides and reviews for your video games ? Holygamerz.com is a group of video game fanatics who want to inform you about the best tricks, guides and tips. We offer you the best information to be a reference in gaming, so here you can find guides, tricks, secrets and tips so you can enjoy your games to the fullest. Are you ready to get all the achievements of that game that you resist so much? Enter now and enjoy your favorite video game to the fullest!
Shadow of the Tomb Raider Preview - Become what you were born for ❯