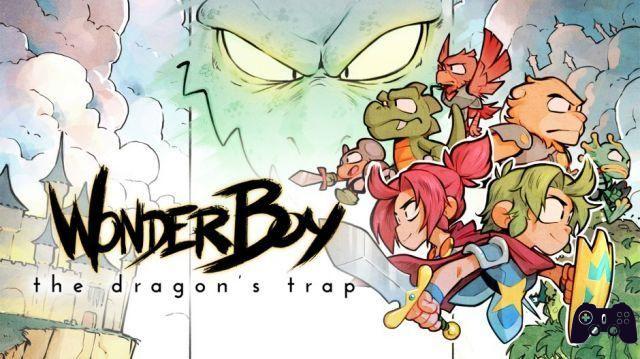 Love letters to a generation now past and gone.

Cases like Yooka- Laylee e Shovel Knight, which report on current consoles genres now given for doomed or little exploited, are the shining example of what we mean by love letter. Lizardcube tries a different approach, re-proposing a great classic like Wonder Boy III: The Dragon's Trap, in a modern, completely hand-drawn graphic. Wonderboy: The Dragon's Trap is available from last April 18, at € 19,99 for Xbox One, PlayStation 4 and Nintendo Switch, is scheduled for June instead of the release for PC. Published by DotEmu, the remake of Lizardcube to convince us? 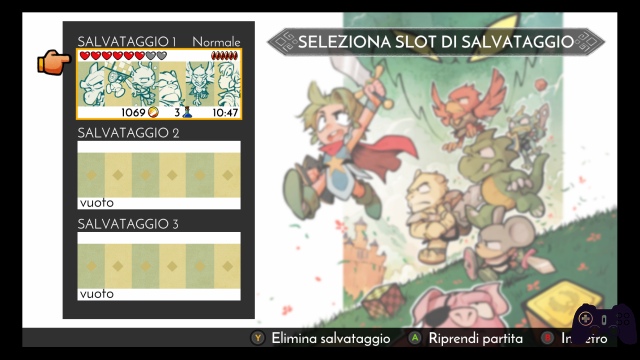 WonderBoy has finally arrived at the last castle, where the fearsome Mecha-Dragon awaits him. Too bad that, once the robotic enemy is defeated, the latter casts a powerful curse on the fearless hero, transforming him into a fire-breathing lizard. Lost looks but not one's heart, Wonderboy Now Lizard Man, he will set out in search of an antidote, exploring the length and breadth of Monsterland, and discovering other powerful dragons and their evil underlings. A light plot that was already in 1989 a mere excuse to throw the player into an action platformer with some RPG mechanics, an adventure through deserts, seas and even Japanese dojos, brought to life by the superb hand drawings of Lizardcube.

In fact, in the ten hours required to complete the adventure, the player will be cursed several times: each time he faces a new dragon he will be changed into a different anthropomorphic animal with specific abilities that will guide the player towards the final boss and the coveted human form. From a small mouse capable of hanging on special walls, to a Piranha to be able to swim at will, from a strong Lion capable of vanquishing hordes of enemies, to an elegant Hawk able to soar and reach inaccessible areas. Each of WonderBoy's five transformations (beyond the human form) is put to the test in a secret stage (the Unknown) in which a special, unique and truly collectible title stone is hidden (in addition to the equipments we will talk about in the next paragraph ) these hidden areas are camouflaged in the environment and can only be reached by trying to pass through walls or secret passages. One of the strengths of Dragon's Trap is in fact the meticulously reproducing each screen of the original 1989 version, with the possibility of facing the entire game with the graphics and the 8-bit soundtrack of the time. 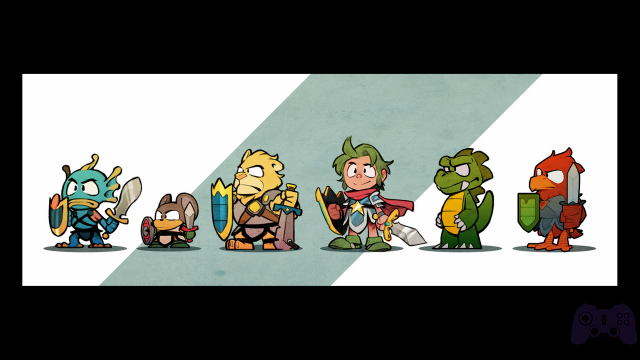 A little new, but also a little old

In fact, just press a button to transform the entire screen into the 8-bit version of the Sega version, complete with a password to save and continue the adventure from a certain point. Lizardcube preferred to do a 1: 1 remake of the old title, going to redesign any aspect but not changing even a detail of the skeleton (if not the backgrounds and the ability to play with WonderGirl). A meticulous and painstaking work that if on the one hand it is a warm hug to those who have already loved the third WonderBoy adventure, on the other hand it suffers a little during the boss battles, which all resolve in the same way. Let's be clear, the game remains enjoyable and cruel to the right point, but the real difficulty will lie in getting to the Dragon rather than actually defeating him.

Although the plot is in fact simple, the same certainly cannot be said of the whole adventure:

cruel and capable of punishing the player at the slightest mistake

cruel and capable of punishing the player at the slightest mistake, but at the same time able to give a sense of satisfaction when a certain ominous passage is overcome. In The Dragon's Trap there are no check points and, although the game saves at each screen change, once killed you will be returned to the main village and you will have to leave again towards the established goal keeping only the money and equipment purchased. To overcome this difficulty, it will be necessary to study the pattern of the opponents, learn by heart the movements of each transformation of WonderBoy and above all collect the elixirs or weapons and armor that can enhance us. The equipment that will allow you to improve the statistics is that touch of RPG we mentioned earlier, scattered around Monsterland there are numerous shops where you can buy swords, shields and armor. Some of these will also have a special feature that the game makes you guess from the name or description, but you will have to test them in the field to understand in what situation it will be convenient to use them. 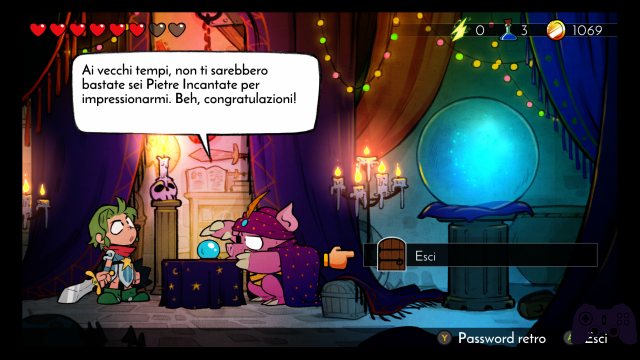 There is no doubt that Lizardcube did a great job in re-imagining the world created by Ryuichi Nishizawa stylistically: every screen, every background, every character and enemy is characterized and taken care of in every animation. Fully hand drawn The Dragon's Trap is probably the best version of WonderBoy III, above all because the gameplay is the exact same and unchanged as the Sega title. The same painstaking work was done for the soundtrack, with many unlockable behind the scenes continuing the adventure and the possibility of switching to the classic one even with the new graphics. Furthermore, the title is for the first time completely in Spanish, although it is therefore suitable for everyone, the difficulty could destabilize the less stubborn.


Verdict 8.5 / 10 Cruel, but fair Comment WonderBoy: The Dragon's Trap is, as we said at the beginning, a love letter to the Sega title, which does not want to replace it or improve it, but mostly to make it discover (or rediscover) who he missed it in 1989. Character design and animation aside, WonderBoy is still a great action platformer, capable of engaging the player with constant challenge around every corner. Unfortunately, although the bosses are aesthetically beautiful, they feel the weight of the years and the strategies all the same to be able to defeat them, a small mole which, however, if removed, would have messed up the whole initial objective. The Dragon's Trap is able to keep you busy for about ten hours, and it's a great remake case where the original work only makes money. We hope Lizardcube offers its restyle to other titles of the time as well. Pros and cons ✓ Impeccable graphic and sound work
✓ Difficult and challenging ... x ... could be nerve-wracking
x Repetitive Boss Battle

Do you want to be a video game expert and know all the tricks, guides and reviews for your video games ? Holygamerz.com is a group of video game fanatics who want to inform you about the best tricks, guides and tips. We offer you the best information to be a reference in gaming, so here you can find guides, tricks, secrets and tips so you can enjoy your games to the fullest. Are you ready to get all the achievements of that game that you resist so much? Enter now and enjoy your favorite video game to the fullest!
News + The future of the past of video games is in the source ❯

Add a comment from WonderBoy Review: The Dragon's Trap