Why is charging the phone during the night harmful? 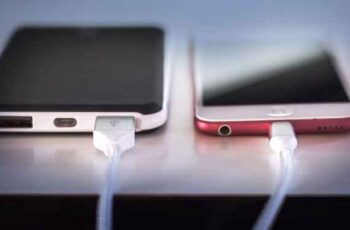 
Here's the truth about maintaining your smartphone's batteries and why you shouldn't charge it overnight.

How is the life expectancy of a battery determined?

You want your technology to be usable for as long as possible; warranties are invalid if you play with the device. Getting the most out of your battery is increasingly important as most people don't feel comfortable changing the default battery.

Rechargeable batteries slowly lose capacity over time (even if you don't use them). You will notice a drop in capacity after the first year of regular use. For many, getting through a full day on a single charge is impossible beyond two years.


Manufacturers specify the life expectancy of smartphones through “battery charge cycles”. A charge cycle is defined as charging the battery from 0 to 100 percent and then discharging to 0 percent. The expected number of charge cycles will tell you how many complete cycles the battery can handle before it starts noticeably losing capacity.

Lithium-ion (Li-Ion) batteries are used in most rechargeable technologies. You can find some form of lithium-ion batteries in smartphones, vaporizers, laptops, Tesla and even chainsaws.

The most popular lithium-ion battery is the 18650. This can take between 300 and 500 full charge cycles before being reduced to around 75% capacity. It is then that the main defects begin to develop.


Why do rechargeable lithium ions degrade?

Smartphones and tablets use a lithium-ion battery variant called Lithium-Ion Polymer (Li-Poly). This version is safer, smaller and recharges faster. Otherwise, the same life span rules apply to Li-Poly as with any Li-ion battery.

The battery degrades faster when you regularly charge it over 80% and let it drop below 20%. Your device works best with a 50% charge.

Avoid extremes to extend battery life. Partial charges and partial discharges that combine to 100% count as a single full cycle. By partially charging and discharging between 20 and 80 percent, you could get 1.000 full cycles or more before you hit a noticeable drop in capacity. It's been nearly three years.


Why does this happen? It is due to the way the battery actually works. These batteries consist of a lithium cobalt oxide layer and a graphite layer. Lithium ions move from graphite to lithium oxide and cobalt to release energy. Charging the battery brings those ions back to the graphite layer.

That's why both extremes damage the battery - you're compromising the integrity of the cell because overfilling a layer with lithium increases internal resistance.

How to take care of your smartphone's battery

So how do you take care of your device's battery? You may have already picked up some bad habits when charging your phone, like plugging it in while you sleep. Fortunately, it doesn't take a lot of time and effort to correct these practices.


Why shouldn't you charge your phone overnight?

1. Unplug your phone when you go to bed and charge it after waking up. This could happen during your morning routine, while you are at work or watching TV in the evening. It may take an hour to charge your device, but leaving it plugged in while you sleep means it's plugged into the charger for much longer.

2. No, the phone battery cannot overcharge. Manufacturers put safety measures in place to avoid this. However, when it charges to 100%, it adds “trickle charge”, which is enough extra power to make up for what the device uses by default. By charging to 100% and keeping it plugged in, you're using the battery excessively, forcing it to drain power when it's not needed. This is in addition to the fact that if you leave it plugged in overnight you will definitely exceed the recommended charge by 80%.

3. Prolonged charging can also lead to a rise in temperature, which naturally degrades the battery. It can also be dangerous in extreme cases, especially if you keep your phone under your pillow. Don't leave your device under your pillow if you can avoid it. Lack of airflow not only means potential damage to the battery, it also increases the risk of fire.


Can you use the apps while the phone is charging?

You shouldn't use your device for high intensity activities while it's charging. Realistically, a lot of people do. However, doing it regularly can cause irreparable damage.

This is comparable to overclocking your PC's CPU. Consider the effect of having too many apps running at the same time - it gets hot and doesn't work properly. This will also add to the "maintenance charge".

It might be tempting to watch YouTube videos or move to the next level of your favorite game while connected, but it's not worth negatively affecting the battery.

This, of course, depends on how long you intend to use your smartphone. Some users keep their devices only until their contract is renewed, often every two to three years. Regular use of apps while charging will slow down the phone considerably in its second year.

If you want to keep your phone for a long time, don't use apps while it's charging.

However, checking your messages or emails should be fine. Just don't do anything that takes a lot of energy.

Will your phone stop charging at 80%?

Companies rarely allow you to fully utilize the full capacity of their batteries. It would be foolish to severely deplete lithium ions in one layer. However, the display will continue to read 100% when it has reached the maximum allowable capacity.

There is a surefire way to not charge your device over 80% recommended: keep an eye on it.

Not ideal, is it? However, you can use some software to help you change your charging habits.

For Android, Accubattery shows tips for improving the battery and allows you to set alarms on the percentage of capacity.

There are fewer options for iOS, but you could use FruitJuice to at least extend the life of your Mac. Download: FruitJuice

Some laptops have BIOS settings that allow you to configure the maximum battery charge percentage. For example, Lenovo makes this easy for Windows with Lenovo Energy Management software. Install it and select  Optimize for battery life, in  so that the laptop battery stops charging to 80%.

How to reduce battery consumption on your device

In addition to controlling your device's temperature and charge percentage, you can further extend battery life by reducing how often you need to charge it. Fewer recharges mean fewer cycles, leading to a longer life for your device.

Reducing the duration of the screen timeout and lowering the brightness settings will have the greatest impact.

Additionally, most smartphones and some laptops have a battery saver option. These rarely negatively affect your experience with the device. These include Screen Time on iOS, which can give you a downtime schedule and app limits to encourage better habits.

Contrary to popular belief, connecting to Bluetooth and Wi-Fi doesn't consume much battery. However, disabling GPS and mobile data can greatly reduce power consumption on most devices.

How to store your smartphone batteries

If you don't intend to use your device for a long time, you still need to take care of the batteries. This means not exposing them to extreme conditions in the warehouse. Store in a cooler place: Batteries can cope with slightly colder environments than warmer ones. If this is not possible, store them at room temperature.

Don't even charge it to 100% before storing your smartphone. Remember that 50 percent is optimal, but dumping it at somewhere between 40 and 60 percent will be fine.

The pressure to keep updating our devices has a real impact on the environment. By using your technology longer, you are also helping save the planet.

How to extend the life of the battery?

So how can you extend the battery life of your smartphone? Here are some simple tips.

In the short term, you may not notice much of a difference. But you will be happy when your phone still survives a full day on a single charge after a year.

Why choose a custom case ❯

add a comment of Why is charging the phone during the night harmful?