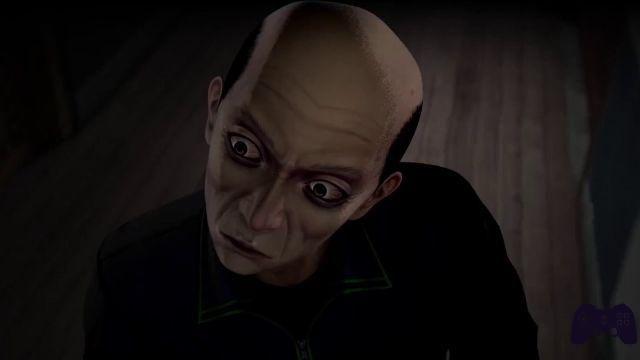 Comes on PlayStation 4 e PC White Day: a labirynth named school, Korean survival horror already published on mobile devices in 2015 and in turn a remake of a title released in 2009, but remained relegated to the motherland.

Available from today 22 August on Steam e PSN at the price of 29.99 (with a 10% discount for PS Plus owners), let's discover this macabre adventure together with our review. 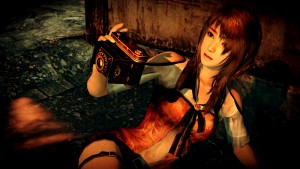 White Day is an oriental celebration that takes place exactly one month after Valentine's Day, a day in which the boys deliver chocolates to their loved ones as a sign of love. Hee-Min Lee is a young student who has a crush on one of his classmates, So-young Han, and he intends to confess his feelings to her on this very day by offering her a box of sweets and returning her lost diary.

So at first glance it might seem the classic honeyed and tearful school shōjo, but the two boys' White Day is ready to turn red and turn into a nightmare from which it will be difficult to get out alive.

Intent on following So-young Han, Hee-Min Lee will end up prisoner inside the school, at night, and forced to hide from the sight of a sadistic janitor intent on making the night patrol.

As soon as inside the school the tones will become dramatic and it is easy to understand how difficult our escape will be. Obviously the school hides more than one secret, and within its corridors and classrooms it will be possible to come across some monstrosities that have very little of human.

From this point of view, White Day: a labirynth named school behaves like the most classic of Japanese horror adventures, as Silent Hill or, better yet, Project Zero (or Fatal Frame if you prefer), taking a cue from the film genre J-Horror, brought into vogue by films such as The Ring e Ju-on and then spread like wildfire throughout Asia, including Korea. Characteristic of this trend is to propose stories based on popular and religious beliefs, mostly of ghosts, often full of hatred and resentment arising from unresolved situations, precisely because of their premature death. White Day: a labirynth named school does not miss anything and throws into this adventure stories of mysterious suicides and heinous murders, following to the letter all the possible and imaginable clichés. If you are passionate about the genre for the duration of the game you will have a feeling of déjà-vu caused by finding narrative elements often overused in these titles.

White day is structured as a first-person adventure, a naked and raw survival horror in which the main purpose will be to survive avoiding being discovered by the terrible keepers and to find So-young Han, so that he can escape, safe and sound. We will only be able to rely on our abilities, as we will have neither the ability to use weapons, nor to attack in any way, forcing us to play hide and seek so as not to be discovered. The only actions allowed will be to crouch to escape prying eyes, run (complete with stamina that will affect the duration of the shot) or use a lighter to illuminate the darkest areas and thus find the various objects that will help us solve the puzzles. . These represent the central part of White Day, which by way of a point and click, will force us to reflect to find a solution. Some will be very simple and basic, such as finding keys and passwords to open locked doors, others more complex and, all in all, well integrated with the story, and will require the player to analyze the various documents recovered in-game to find clues that can help us overcome a certain riddle. Although there is no combat system, there will be no lack of boss fights, disturbing spirits who will try in every way to get rid of us, and also in this case, to defeat them, it will be enough to solve a certain enigma linked to them, all however made more dramatic and frenetic by the presence of a timer that reached zero will lead to game-over. 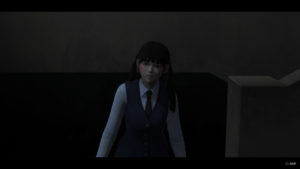 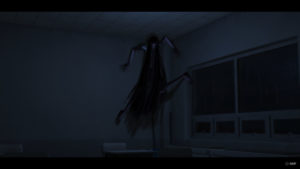 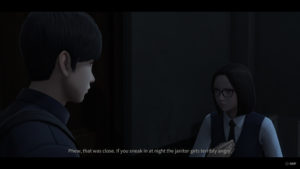 The problems with White Day, however, will begin as soon as the figure of the janitor makes his appearance within the game, and a simple textual tutorial will show us the dynamics of this mechanic to "cops and robbers". In practice, being in the shadows or well hidden behind furniture or walls will make us less identifiable, and we will be able not to attract any kind of attention. Too bad, however, that all this works only on paper, as the ruthless janitor will be able to see us tens of meters away, even (in some advanced sections of the school) on different floors, triggering his alarm bell in him, pushing us to a race for safety towards the bathrooms, the only place where we can hide safely, as long as he does not see us enter. The absence of any kind of stealth mechanics makes it even more frustrating, since a single mistake, a miserable misstep, will be enough to hear the janitor's whistle break the silence of the school and start his hunt for the intruder. He also puts his manual saving system through the use of some markers present in very limited quantities (similar to the ink for the typewriters of the first Resident Evil), which will force us, in case of death, to restart since the last save made. In reality there is also one via check point that will be activated every time an important event or cut-scene occurs, but often it will conflict with manual saves, loading old games rather than the last point reached. Bugs are wasted in White Day, and in some cases they prove useful to continue the game. In fact, it happened to us, taking advantage of some scripted event or videos, to block and reset the position of the janitor who until a few seconds before was on our trail, thus allowing us to get around the obstacle and gain precious time. 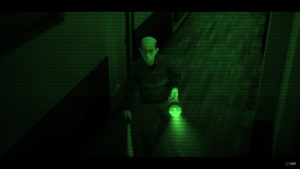 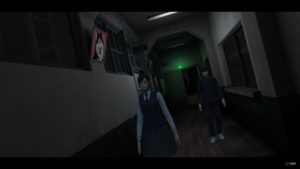 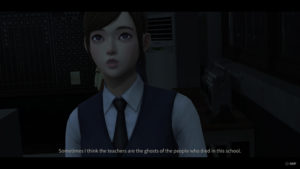 The porting nature of a mobile game is immediately evident from the first moments of the game. The general structure is quite simplified, and on consoles, although the response to commands is always responsive, White Day looks bad compared to other survival horror released in recent years. Despite the presence of some challenging puzzles, the rest of the adventure is quite bland and not at all loaded with that scary atmosphere it should convey. The janitor manages to instill anxiety, but it is not the "good" one that one would expect from a horror title, but simply frustration for the continuous deaths and for the "buggy" system with which it will interact with us. Always remaining on the quality of perceived fear, the game makes use of very banal tricks to "scare", resorting to grim jump-scare solutions worthy of the "scare maze" that were so popular in 2002 on YouTube, making the face appear on the screen of a ghost (among other things always the same) that will affect our health (which will be recoverable using one of the many items obtainable in the school).

White Day will take you approximately 5/6 hours to complete the first time, timing that may vary according to the level of difficulty chosen or how many problems you will encounter in sowing the janitors. During the exploration inside the buildings that make up the school we will also come across a couple of classmates of So-young Han, who have also ended up prisoners in the institute, who will serve to outline the developments of the story, through some multiple choice answers, which will direct the game towards one of the multiple endings. White Day offers a series of different endings, which will be obtainable by replaying the adventure several times. Not only. Some elements of the story will only be available at higher difficulty levels, so it will be necessary to work to discover the truth that is hidden in the school and about So-young Han, provided you clearly find the desire necessary to perform more than one run.

You were better off from afar

The remake operation instead works on a technical level, proposing an updated version to be able to run on PC and PlayStation 4, with more detailed and complex models, especially for the protagonists. In general, however, the feeling is that of a game belonging to 2, if not even 3 generations ago, and this also affects the horrific rendering of the game, which despite putting its own in it fails in any way to make us perceive any kind of sensation, indeed often and willingly the result leads to tackiness and grotesque.

The sound is definitely more atmospheric, with some tracks actually disturbing, mostly thanks to the use of background voices, but everything will take a back seat to the terrible laugh of the janitor that will become your recurring nightmare throughout the adventure.

White Day is completely translated into Spanish, while for the audio it will be possible to choose between English and Korean, a choice in our opinion far more than recommended.

Verdict 5.5 / 10 The real fear is that they have announced a sequel Comment After our test White Day: a labirynth named school failed in the least in its intent to scare us. Unfortunately, the Korean title suffers from various problems related to its portable nature which, transported to consoles, highlight the simplistic and banal side of the gameplay, all seasoned with several bugs and a story that never fails to excite or be interesting. Moreover, this console version is offered at a price that is too high for the quality and the general offer, in a market where at the same price it is possible to recover other 2/3 much more valid games belonging to the same genre. If you really are in abstinence of J-horror you could turn to the Android / iOS version, much cheaper and able to make you feel the same "emotions". Pros and cons ✓ Good soundtrack
✓ Interesting incipit ... x ... but lacking in appeal
x Numerous bugs
x Too mundane gameplay
x Horror aspect not received
Do you want to be a video game expert and know all the tricks, guides and reviews for your video games ? Holygamerz.com is a group of video game fanatics who want to inform you about the best tricks, guides and tips. We offer you the best information to be a reference in gaming, so here you can find guides, tricks, secrets and tips so you can enjoy your games to the fullest. Are you ready to get all the achievements of that game that you resist so much? Enter now and enjoy your favorite video game to the fullest!
LEGO Batman 3: Beyond Gotham review ❯