What to do with Xbox not connecting to Wi-Fi 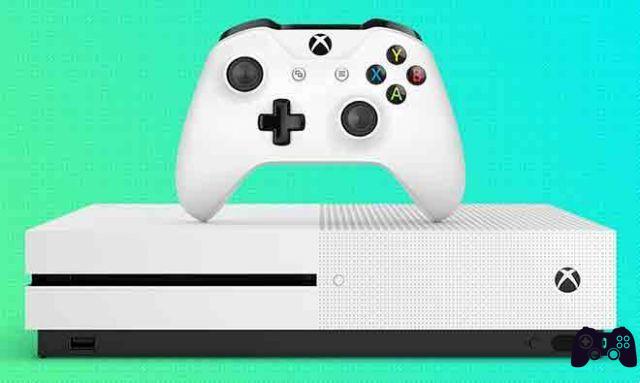 The Xbox One has built-in WiFi, but it doesn't always work. There are often problems that can prevent the Xbox One from connecting to WiFi, such as interference, network problems, and even damaged or incompatible modems or firmware.


Why won't the Xbox connect to Wifi?

When an Xbox One won't connect to Wifi, the problem can usually be limited to three root causes:

1. Distance and interference: Most Xbox One WiFi problems are caused by a console too far from the modem or too much interference on the same frequency that the modem is using. These problems can be solved by moving the console or router, removing the source of interference, or switching to a different type of connection.


3. Problems with Xbox One: Your console may have a hardware or software problem. If the wireless card doesn't work, you can't do much. If it's a software problem, power cycling usually helps.

Each of these problems includes multiple causes, even different ones, with multiple different solutions. If you suspect a specific type of problem, this is the best place to start the troubleshooting steps. If you're not sure, start at the beginning and work your way to the end.

What to do with Xbox not connecting to Wifi

Wireless networks are very useful and very convenient, but they are less reliable than wired networks. A connection that works well one day may stop working the next, and the cause is usually related to new obstacles or sources of interference.


If you've recently bought or moved electrical equipment that is interfering with a wireless connection, this could be the reason your Xbox One won't connect to WiFi. If you've moved your Xbox One, modem, or placed large objects between them, this could also be the problem.

If your network doesn't even show up when you try to connect it to Wifi then this is where you need to start.

Here's how to improve the wireless signal to help your Xbox One connect:


1. Move your Xbox One or wireless router so they are closer together.

2. If you can't move your Xbox One and the modem to be close together, try changing their position to remove large obstacles.

3. Solid objects such as walls, ceilings, bookcases, and other large furniture can all weaken a wireless signal. Exterior walls and bathroom walls are typically more difficult for wireless signals to penetrate.

4. Try to position the router and Xbox One as high as possible to reduce interference.

5. Remove or disconnect interference sources such as cordless phones, intercoms and microwaves.

6. Try changing your Wifi channel to another channel.

8. While 5 GHz can provide faster speeds, 2,4 GHz networks have a better range.

9. If you are unable to improve the Wifi signal in the area where you are using Xbox One, a WiFi extender may help.


2. Restart your network hardware and Xbox

Problems with networking hardware and Xbox One can both cause problems connecting to Wifi, in which case the power cycle or the other will typically allow you to reconnect. If your Xbox One used to connect to Wifi and now it doesn't, this may be the solution you are looking for.

Here's how to turn your Xbox One and networking hardware off and on:

1. Unplug the modem or router from power.

2. Leave the modem or router unplugged for 10-30 seconds.

3. Reconnect the modem or router.

5. Turn off the console completely by pressing and holding the power button on the front of the Xbox One for at least 10 seconds.

6. Unplug your Xbox One from power.

7. Leave your Xbox One unplugged for at least one minute.

8. Reconnect your Xbox One.

9. Turn on your Xbox One and check the Wifi connection.

3. Check the Xbox One Wifi settings

When your Xbox One refuses to connect to your Wifi network, one of the first things you should do is check if you are trying to connect to the right network and that you are entering the correct password.

This process will require you to log into the router to verify the Wifi network name, known as the Service Set Identifier (SSID), and the password for the network. If you don't have access to your router, you'll need to ask your network administrator or the person who set up your wireless network for help. Or read here how: 192.168.1.1 how to access the modem and change the configuration

Here's how to make sure your Xbox One connects to the correct wireless network:

1. Open the router settings on a computer and check the SSID and password.

4. Press the Guide button on the Xbox One controller and go to System> Settings.

6. Search for the SSID you wrote down in step one and select it.

If you don't see your network's SSID in this list, your Xbox One is probably too far from the router. Use a different device to verify that your wireless network is working, then try moving the Xbox One and the modem closer together.

7. Enter the password you wrote down in step one.

8. Check if your Xbox One is connected to your Wifi network.

What else can prevent Xbox One from connecting to a wireless network?

In cases where the Xbox One is able to see the wireless network you're trying to connect to and the correct password is used, but the console still won't connect to the network, there are a couple of potential problems to check.

The most common problem is a firmware problem. Firmware is just software installed on a hardware device, such as a wireless router or modem, that controls its operation.

If your internet service provider (ISP) updates your router or modem with new firmware and there's some kind of conflict preventing your Xbox One from connecting to your network, there's not much you can do.

If you own your own hardware you may be able to update your firmware, but you will typically need to contact your ISP for assistance.

The other problem that can cause problems is that your Xbox One may have a custom Media Access Control (MAC) address set that no longer works. This is less common, but you can fix it yourself:

1. Press the Help button on your controller and go to System> Settings> Network> Network Settings.

6. Restart your Xbox One and check if you can connect to your wireless network.

Switch to a wired Ethernet connection

As convenient as Wifi is, there are situations where it just doesn't work. If there's some kind of new interference preventing your Xbox One from connecting or a router firmware problem that your ISP refuses to fix, you may find that the only way to get your Xbox One online is use a wired Ethernet connection.

The advantage of using an Ethernet connection is that wired connections are much more reliable than wireless ones. If you absolutely can't connect via Ethernet, you can try a set of network powerline adapters. With a powerline adapter, you can use your home's electrical cables like a wired network, so you don't have to run a separate Ethernet cable from the modem to the Xbox One.

What to do when Disney Plus doesn't work ❯