What is the Windows Core Operating System (WCOS)? All you need to know 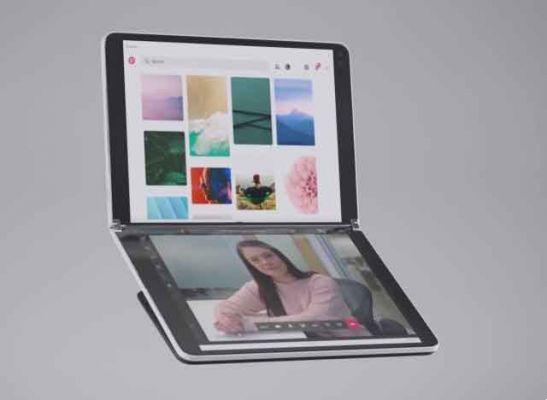 Windows holds a market share of around 77% of the desktop market and yet there are reports that Microsoft is developing a new operating system and you wonder why. After Windows 10S, there are now rumors about the Windows Core operating system.


What is the Windows Core operating system (WCOS) and how does it differ from Windows 10 or 10S? Is this something that will replace Windows 10 in the future? We have answered all these crucial questions along with all the clear details in detail below.

Know that WCOS will change the foundations of Windows as we know it. So, without further ado, let's go ahead and learn about the Windows Core operating system in all aspects.

What is the Windows Core Operating System (WCOS)?


WCOS is a shareable and modular foundation, which means Microsoft can take it and add additional features on top of it for devices with different form factors. To make a rough comparison, think about how the Android ecosystem works.


In reality, we already know of such an operating system that comes with WCOS at its base: Windows 10X. Last year, Microsoft unveiled a dual-screen device that works as both a tablet and laptop.

So when building operating systems for devices with such a unique form factor, a portable base is required and this is where the Windows Core OS comes into play. Another example is the Surface Hub OS that will run on the upcoming Surface Hub 2X, an interactive whiteboard for teamwork.

CShell is a top-of-the-line feature of the Windows Core operating system. I know the term is not self-explanatory, so let me explain. In the previous section, I talked about how WCOS is modular and can be easily forked for devices with a distinct hardware design.

For example, if you're using a device like Surface Neo that has both laptop and tablet form factor. Depending on how you use it, your device can switch to Tablet CShell or Laptop CShell in no time.

This means that you will get proper Tablet UI while in Tablet mode with all gestures, touch screen, shutter and other features. And the moment you switch to laptop mode, you get a proper laptop interface where you have support for keyboard, taskbar, classic file explorer, and more.

While you can do similar laptop-to-tablet switching on Windows 10 immediately, the experience is staggering. In Windows 10 tablet mode, the interface has changed slightly for more intuitive touchscreen navigation, but other than that, you don't have a lot of tablet-related features.

In short words, Windows 10 does not have a dedicated tablet interface which is deeply hardwired to the underlying operating system, so it doesn't behave like a real tablet operating system. But with the CShell function on WCOS, you get a modular yet deeply tied and feature-packed interface for multiple form factors.

To take another example, if you are using a laptop with Windows Core OS and if you open the Xbox Game Bar, it will immediately switch to the Xbox OS interface due to a separate CShell for the game mode.

This will make your experience much more coherent and simplified as if you were using an Xbox console. The whole idea of ​​CShell is to make the experience consistent across all Microsoft devices, making the user interface portable.

After CShell, Shareable Component is another key feature of the Windows Core operating system. The problem with Windows 10 is that every layer, from legacy apps to modern subsystems, is intertwined with each other, which makes it harder to update and separate them.


Recently, Google separated Hardware Abstraction Layer (HAL) on Android to offer modularity and improve the Android update system. With WCOS, Microsoft is also taking a similar path. Effectively, Microsoft is removing almost all of the components to make WCOS just a barebones base.

All app levels, libraries and composers are available in the form of add-ons. In fact, the CShell interface is also available as a component to make WCOS completely lightweight and modular.

This will greatly save Microsoft's time and resources crucial. Additionally, they can choose to add Win32 app support (as a component) on WCOS-equipped laptops or leave support on WCOS-based tablets. Basically, share components where it makes sense.

This will bring modularity into the Windows ecosystem and, as a result, make your WCOS powered laptop light, battery efficient, and overall faster to use just like Chrome OS.

Quick Update is a feature many Windows users hope to see someday and finally comes with the Windows Core operating system. It's an inherent WCOS feature, so any operating system built using its foundation will support the fastest update by default.

This feature has just been released from Chrome OS and I am happy that Microsoft is bringing it to WCOS. Unlike Windows 10, where you have to wait 5-30 minutes to install an update, on WCOS, it will just be a matter of rebooting.

It will use a separate partition to install updates while using the device and it will change the active boot slot after reboot. There is no need to wait for installation.

In addition to that, the Windows Core operating system will use the FFU (Full Flash Update) image format to install Windows updates over the ISO, which will significantly reduce the installation time. So finally, your Windows 10 update problems will go away with the Windows Core OS.

Now we come to the most crucial part, app support. Does the Windows Core OS support Win32 apps like Microsoft Office and the new Microsoft Edge? The answer is simply no; WCOS has no native support for the legacy apps that have been a cornerstone of Windows operating systems since its existence.

However, Microsoft can add an add-on for Win32 app support that will work in a container and it will be completely sandboxed - just like Linux on Chrome OS. All this means for end users is that you will be able to use your favorite Win32 apps, but performance may impact as they don't run natively.

But Microsoft has stated that the performance will be quite good and usable in a container.

Beyond that, WCOS will have inherent support for web and UWP apps. As the world is moving more and more towards the web and cloud computing, this is a good move on Microsoft's part.

It can be argued that leaving Win32 app support is a step in the wrong direction as Microsoft has painstakingly built its app ecosystem for decades. However, we must also acknowledge the fact that the Support for such a complex app tier has bogged down Windows 10 considerably.

Indeed, legacy apps have become a bane for Microsoft at this point. Also, most users already use a web browser to do a lot of tasks, so that's a good reason to drop Win32 app support.

Why did Microsoft create the Windows Core operating system?

If you're wondering why Microsoft needs such a universal foundation, the answer lies in Microsoft's inability to make Windows 10 an all-encompassing platform. For example, Microsoft tried to build its smartphone in line with the aesthetics and functionality of Windows 10, but it failed miserably.

The reason is that the basis for the desktop and mobile version of Windows 10 is completely different, so the features were implemented differently.

As a result, the Windows 10 experience on mobile devices was decidedly inconsistent with the desktop version. To give you a practical example, Action Center on Windows Mobile feels wobbly and bumpy (almost fake) compared to how the Operative center in the desktop version.

So to fill this gap, Microsoft needs a common but modular foundation so that the experience remains consistent across all WCOS-based devices.

Aside from that, one of the main reasons Microsoft created the Windows Core operating system is portability. In a world where technology and consumer behavior change rapidly every 4-5 years, Microsoft needed something that was easily shareable, portable, and interchangeable.

In this regard, Windows 10 has remained flat as we have seen with its stripped-down version, Windows 10S. Windows 10 is a highly complex and fragmented operating system with support for multiple tiers such as legacy apps, UWP, Linux subsystems, and more.

So it's clear that Microsoft was in dire need of a lightweight, universal foundation like WCOS that could be easily modified to create operating systems for various product categories.

What will happen to Windows 10?

What we will see however is that Microsoft will increasingly push a lite version of Windows with containerized Win32 app support in the mainstream market. It will slowly transform Windows 10 into an optional operating system meant for hardcore users, professionals and geeks.

And something like a Windows Lite will be the center of attention, lightweight, quick to boot, with a modern CShell interface, updates in a flash, much better performance, and energy efficiency.

When will the Windows Core operating system be released?

We will see the first instance of the Windows Core operating system in action with the arrival of Surface Neo at Christmas 2020. It works with Windows 10X which is powered by the WCOS at its base.

Beyond that, the Surface Hub OS is another WCOS-based OS that will launch with the Surface Hub 2X, but the launch has been delayed as of now. There is also Xbox OS and Windows Holographic in the works, but details are scarce right now.

That said, the important question remains: when will we come into contact with the Windows Core operating system in a traditional product like a Windows laptop? Frankly, we don't know why the project is still being worked on.

However, many have suggested that we might take a look at Windows Lite in October 2020 at the Microsoft hardware event. But we can safely say that in the next two years we will have computers with Windows Core operating system on the market.

Are you ready for the Windows Core operating system?

So that was our detailed look at the Windows Core operating system and how it differs from Windows 10. As I discussed earlier, Microsoft needed a common underlying foundation that could fit across all of its products, and WCOS seems to make that possible.

Either way, I'm really excited to get my hands on a WCOS-based OS. But you? Tell us your opinion in the comments section below.

What is end-to-end encryption? ❯

add a comment of What is the Windows Core Operating System (WCOS)? All you need to know