What is augmented reality? 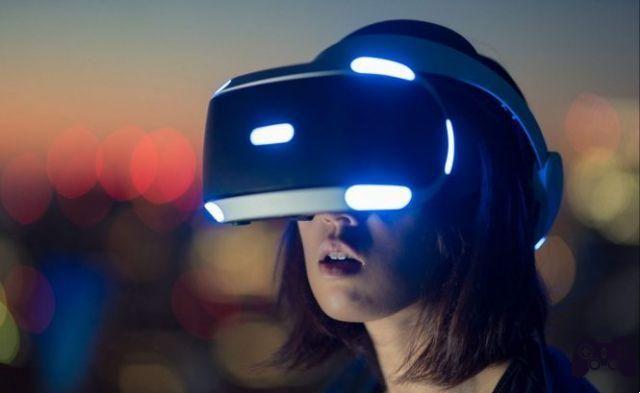 
AR can work in many different ways and is used for many different reasons, but in most cases it does virtual AR objects they are superimposed and traced in a real world view, creating the illusion of occupying the same space. THE AR devices have a display, an input device, a sensor and a processor.

These devices can be monitors, head-mounted displays, glasses, contact lenses, game consoles, and even smartphones, among others. Audio and touch feedback can be incorporated into an AR system, as well as through other non-visual methods and devices.

Although AR is a form of VR, it is distinctly different. There virtual reality it is a whole experience entirely simulated - both the vision of "reality" and the objects it contains, while AR uses only some virtual aspects, which are mixed with reality to form something different.

Augmented reality is live. For this to work, the user must be able to see the real world as it is now. AR manipulates real-world space that the user sees, altering the user's perception of reality.

A form of AR, the user watches a live recording of the real world with virtual elements imposed on it. Many sporting events use this type of AR; the spectator can watch the game live from their TV but also see the scores overlaid on the playing field.

Another form of AR allows the user to look around their environment normally and in real time, but through a display that overlays information to create the augmented experience.


An example of this is Google Glass, which is a device that looks a lot like a regular pair of glasses but includes a small screen on which the user can see GPS directions, check the weather, send photos, and many other functions.

When a virtual object is placed between the user and the real world, object recognition and computer vision can be used to allow the object to be manipulated by real physical objects and allow the user to interact with virtual elements .

For example, some mobile apps from some retailers allow shoppers to select a virtual version of something they're thinking of buying, such as a mobile, and view it in their home via the phone.


They can see their real living room, for example, but the virtual sofa they have chosen is now visible through their screen, allowing them to decide if it fits in that room and if they like the look of that room.

Another example allows customers to scan special products or codes (such as symbols UPC) who use AR to show customers more information about a physical product before buying it, see reviews from other buyers, or check what's inside their unopened package.

When object recognition is used with the augmented reality, the system recognizes what is being seen and then uses that information to engage the AR device. It is only when a specific marker is visible to the device that the user can interact with it to complete the AR experience.

These markers can be QR codes, serial numbers, or any other object that can be isolated from its environment for the camera to see. Once registered, the augmented reality device could superimpose information from that marker directly onto the screen or open a link, play a sound, etc.

Augmented reality without markers allows a system to use a location or location-based anchor points, such as a compass, GPS, or accelerometer. These types of systems augmented reality they are implemented when location is critical, for example with AR navigation.

This type of AR uses a device used to recognize a physical space and then superimpose virtual information on it. This is how you can try on virtual clothes, check if a new piece of furniture will fit in your home, get yourself funny tattoos and more.

At first glance it might look the same as layered or superimposed augmented reality, but it's different in a specific way: real light is projected onto a surface to simulate a physical object. Another way of thinking about AR projection is a hologram.


A specific use for this type of augmented reality could be to project a keyboard or keyboard directly onto a surface that allows the user to type using the projected virtual keyboard.

There are many benefits to using augmented reality in industries such as medicine, tourism, workplace, maintenance, advertising, military, and others.

In some ways, it can be easier and more fun to learn with augmented reality, and there are tons of AR apps that can facilitate this. A pair of glasses or a smartphone may be all you need to learn more about the physical objects around you, such as paintings or books.

An example of a free AR app is Skyview for Android and iOS, which allows you to point your phone at the sky or the ground and see where stars, satellites, planets and constellations are at that precise moment, both day and night and on the opposite side of the planet.

SkyView is considered a layered augmented reality app that uses GPS. It shows you the real world around you, such as trees and other people, but also uses your location and current time to teach you where these objects are and give you more information about each one.

Google Translate for Android and iOS is another example of an AR app that is useful for learning. With it, you can scan the text in a language you don't understand and translate it for you in real time.

Viewing navigation routes on a windshield or headset provides augmented reality instructions for drivers, cyclists and other travelers so they don't have to look down at their GPS device or smartphone just to see which route to take. Pilots could use an AR system to display speed and altitude gauges directly within their line of sight for the same reason.

Another use of an AR navigation app could be to superimpose a restaurant's ratings, customer comments, or menu items on top of the building before stepping inside. It may also show you the fastest route to the nearest Spanish restaurant as you walk through an unfamiliar city.

AR GPS apps like Car Finder AR for Android and iOS they can be used to find your parked car, or a holographic GPS system like WayRay could superimpose the directions right on the road in front of you.

There are many AR games and AR toys that can blend the physical and virtual worlds, and they come in many different forms for many devices. A well-known example is Snapchat, which allows users to superimpose funny masks and designs onto their faces before sending a message via their smartphone. The app uses a live version of your face to add a virtual image. Another example of augmented reality games includes Pokemon GO!

Incredible! Instagram allows you to try on clothes with augmented reality before buying

What is mixed reality?

La mixed reality (MR), as the name suggests, it mixes real and virtual environments to form a hybrid reality. MR uses elements of virtual reality and augmented reality to create something new.

It's difficult to classify MR as anything but augmented reality as the way it works is by superimposing virtual elements directly onto the real world, allowing you to see both at the same time, much like AR.

However, a primary goal with mixed reality is that objects are anchored to real and physical objects that can be interacted with in real time. This means that MR could allow virtual characters to sit on real chairs in a room, or for virtual rain to fall and hit real ground with realistic physics.

Mixed reality allows the user to seamlessly exist both in a real state with real objects surrounding them and in the virtual world with software rendered objects interacting with real world objects to create a fully immersive experience. The Microsoft HoloLens demonstration is a good example of what is meant by mixed reality.

What is 8K resolution and how does it work? ❯