What features should the perfect smartwatch have? 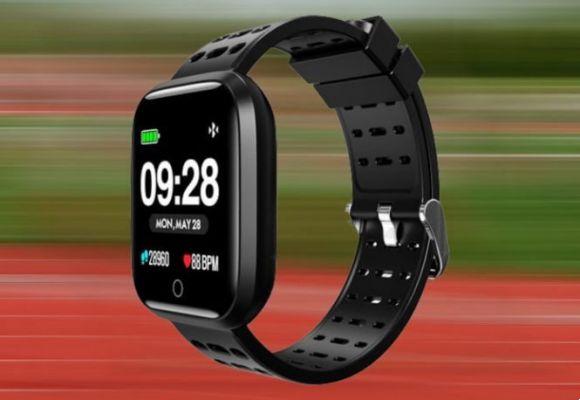 The technological accessory par excellence today is the SmartWatch. Not only does it serve to indicate the date and time, but it is also equipped with an operating system that receives notifications and supports the installation of applications of all kinds or species.


On the market there is a wide range of models, each of which performs billions of useful operations: from voice commands, to network connection, from GPS to instant payments and much more. It can therefore become difficult to select the one that is right for us.

What features should a SmartWatch have?

I requirements of this electronic device they are multiple and change according to the use we have to make of them. Basically we are talking about multi-function devices, which must be understood and managed quickly and easily.


The importance of software

Usually the first thing you look at is the substance. It concerns the power of the battery, the aesthetics of the straps, the size of the dial as well as its shape, the colors of the screen. However, a basic requirement that must be observed before hardware is software.

This is a fundamental feature that gives added value to the SmartWatch because it allows interaction with your smartphone and the 360-degree use of its functions.

The operating system is chosen by learning to distinguish between SmartWatches and SmartBands. If the first is a miniature and latest generation mobile phone, the second is a smart bracelet that deals in particular with monitoring sports activity (obviously their cost is much lower).

As for aesthetics, we usually look at models with the clock face squared that give a greater feeling of innovation and cutting-edge technology. Conversely, there are also those with a round dial, but they are usually excluded from the preferences because they are too similar to classic watches.

Still with regard to the display, it is important to choose the one with LEDs integrated to get a better view. Even better if you opt for the e-Paper which is similar to that of the e-books and has greater autonomy.

The Always On function and the strap

Another thing that must be taken into account is the funzione Always On. It is used to ensure that the clock remains on all the time without consuming too much. Which automatically leads to a fixed connection, which is not interrupted.


The strap is also important. Its best feature should be interchangeability, which allows it to be replaced once worn. In this way the working piece remains intact and still usable, and therefore does not force the overall replacement.

That said, what should be the ideal useful functions within the SmartWatch? First of all, there must be sensors and detectors that are useful, perhaps for the steps or for the heartbeat.

Furthermore, it must be a model that resists dust and rain, as well as having a brightness sensor that adjusts fully automatically.

The sim slot and the battery

The perfect model is the one that features a slot for the SIMs.. In this way, in case of emergency, the SIMs can be inserted into the SmartWatch to use it as a real mobile phone.

The battery should also be taken into consideration, the ideal autonomy of which should be between 24 and 48 hours. The fact remains that if we chose models with e-Paper displays they could enjoy a slightly longer autonomy.


Finally, it is also important that the device is compatible with the various apps on the market; while the type of processor must be fast enough to allow the SmartWatch to perform well.

Let's see together some popular models on the market.

The Huawei Watch 2 has moved on from its predecessors in function and prowess. It has changed in its aesthetics for transform from classic to sporty model.

Its main features are: optional 4G connectivity, GPS, Wi-Fi and Bluetooth. The smartphone that is connected to this Smart Watch can also be turned off: the device will still work at 360 degrees.


The Apple Watch is a whole other story. First of all, it mounts LTE technology inside, with above average functionality. Obviously we are talking about a device whose cost is higher than other models on the market, also because it is excellent in the work it does.

Among the features we have: the accelerometer, the vibration alarm, the altimeter, the built-in speakers, the dual-core processor. Then there is the water resistance up to 50 meters and the integrated camera.

It is a Smart Watch proposed on the market at a cost less than € 200, almost as much as the best models Chinese smartwatch. It is considered one of the most performing for those addicted to fitness. The design is the same as the previous one, so it is perfectly suited to the moments in which you train.

Among its greatest advantages there is certainly the GPS sensor, which allows, among other things, to monitor the health situation.

What does IP68 mean ❯

add a comment of What features should the perfect smartwatch have?