What are the differences between RAM memory and ROM memory? 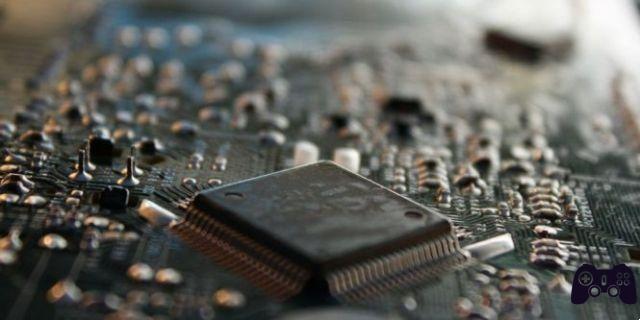 What are the differences between RAM memory and ROM memory? The memory of our smartphone is one of the key points when thinking about buying a new one. But there are two types of memory: RAM (immediate) and ROM (internal). RAM has a smaller capacity and helps the processor to have all the information it needs for its calculations. ROM or internal memory is a long-term memory in which we can install the operating system, applications and save our files. Let's see in detail.

What are the differences between RAM memory and ROM memory?

We define RAM memory by breaking down its acronym: Random Access Memory. In Spanish it means: random access memory, as you can read and write it in any location without having to wait for a queue of processes. This speeds up the collection of information because, unlike ROM or microSD, it is very easy to access the physical place where the data is stored.

In the RAM, everything necessary for the operation of the device is loaded, that is, the operating system and applications that we are currently using or that run in the background. RAM is where the processor directly takes the information it needs. Therefore, the RAM memory and the processor are contained in a single (indivisible) module soldered directly to the motherboard.

The more RAM a smartphone has, the better its performance and it is usually faster, although it also depends on the type of memory and the quality of its construction.

What are the differences between RAM memory and ROM memory? - Types of RAM memory

There are many types of RAM. In general, the main differences are in reading speed and energy consumption. The first RAM memories arrived in the 60s and with each generation they had more capacity, were much faster and consumed less power. Currently the most powerful smartphones on the market incorporate RAM of 6 and 8 GB.

For the mobile phone world a very special type called LPDDR is used which consumes very little energy, gets very little heat, is very small and of course not cheap at all. Currently the most popular are LPDDR2, LPDDR3 and LPDDR4. These are the last three generations of this type of memory for mobile devices. The main difference is that with each generation the transmission speed has doubled.


The first LPDDR2018 RAM is expected to hit the market by the end of 5 with the launch of the Samsung Galaxy S10. With the transition from LPDDR3 to LPDDR4 we have seen how the speed of the RAM has doubled, so with this new evolution we can expect great improvements.

What are the differences between RAM memory and ROM memory? - ROM memory

If RAM is read and write memory, ROM is read only memory. The data stored in the ROM cannot be changed, or at least not easily or quickly. In more recent generations like EPROM or Flash EEPROM (flash memories) can be erased and rewritten several times, even if they are still described as "read only". The main reason for keeping the nomenclature is because the reprogramming process (erasing and writing) is usually relatively slow and can only be written in places determined by the formatting.

ROMs built into smartphones are much faster than traditional hard drives and are also soldered directly to the motherboard. In this ROM, the bootloader (program that starts the device and loads the operating system), the operating system (OS), and all user data and applications are stored.

Usually a modified version of the operating system is also called ROM. On the net we can find many ROMs for numerous devices. They have this name because they are a system-like image that is factory installed inside the ROM.

And for you, what is more important, the RAM or the ROM? Which is more decisive when it comes to acquiring a new smartphone? Leave us your opinion!

When cars are in the hands of smartphones, thanks to NFC communication. An achievement, even for sport. ❯

add a comment of What are the differences between RAM memory and ROM memory?