We saw Doom inside a chocolate bar: make it now 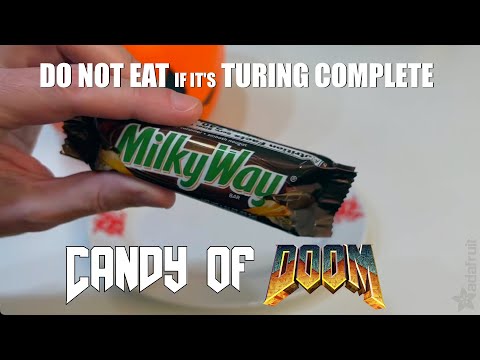 Over the years we have been lucky enough to see Doom run on any type of device, but never on a candy bar. Yet even the last wall has fallen, at least in a sense. A video distributed on YouTube has in fact shown that John Romero's game also comes on edible food, more or less.

First things first: no, unfortunately no chocolate bar at the moment is able to spin Doom. However, a New York company has exploited the classic meme that invites parents to check the candy that their children receive from door-to-door Trick and Treating. A meme that has been revised precisely in a videogame key, with the creation of a fake dessert complete with a screen, all packaged in the Milky Way card, the historic brand that deals with chocolate and sweets in the United States of America.

“Please always check the sweets your children receive. We found Doom on this Milky Way bar.” reads the funny commercial created by Adafruit Industries, a New York-based technology company. It all ends with a play on words and the phrase "Do not eat if it's turing complete", a clear reference to Alan Turing. You can take a look at the funny commercial just below.

Activision and its internal problems: was Microsoft the only salvation? ❯

add a comment of We saw Doom inside a chocolate bar: make it now