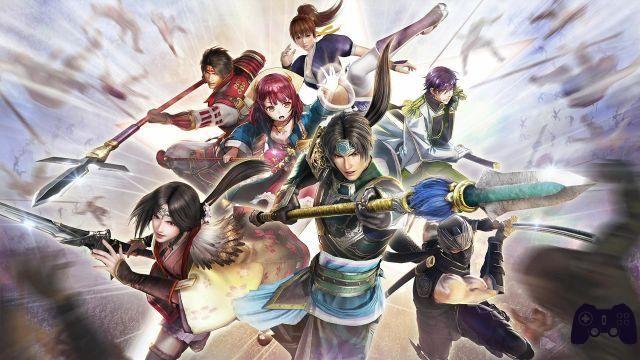 When an ancient evil awakens, only the heroes of Koei Tecmo can save the day

Omega Force has the merit and the burden of having given life to a whole sub-genre of hack 'n slash, which mixes the mechanics with the beat' em up. We are obviously talking about the Musou, a genus of which the Japanese company produces at least a couple of specimens per year. In 2017 after taking us into the world of Berserk, reported in that of Dragon Quest and before transporting us to that of Fire Emblem, Omega Force drops the ace and takes us to a new universe in which the inhabitants are threatened by an ancient evil and to save themselves they are forced to recall heroes from other dimensions. These worlds are none other than the products of Koei Tecmo, from Ninja Gaiden a Dead or Alive, passing through the Atelier series and the brand new Ni Oh. This is the basis of Warriors All-Stars, the musou that collects more than thirty heroes from about twenty years of Koei Tecmo productions. Available since last September only for PlayStation 4, we are finally ready to give you our opinion on Warriors All-Stars.

For the power of furry

Warriors All-Stars is set in a universe created from scratch from Omega Force, a land threatened by black magic capable of destroying all forms of life. To be able to avert it, one of the three heirs to the throne must defeat his rivals, gaining the supremacy of the territory and access to the sacred source. Before the feud officially begins, Tamaki, one of the three candidates, calls into her world heroes from other dimensions who, willy-nilly take the side of one of the three contenders. The player is asked to choose one of the first ten characters available with which to initially face one of the three main stories that will lead to the victory of the served heir. Obviously, being three different points of view, each story line will reveal new details and, if certain requests are met, while recruiting other heroes, you will have access to a fourth story, which as predictable will end with the real ending (in addition to proposing some another normal) all for a total duration of the single run of about twenty hours. Warriors All-Stars certainly does not have a complex plot, but still manages to mix the heroes very well, also giving remarkable interactions between William (Nioh) and Ryu Hayabusa (Ninja Gaiden), or between Arnice (Night of Azure) and Sophie (Atelier Sophie), unfortunately some secondary plots are quickly liquidated but once you have seen all the endings you will have received all the answers.

We have already talked about how the game draws some heroes from all Koei Tecmo productions, famous or not, in addition to those already mentioned, in fact, there is no shortage of characters from the trinity Warriors (Dynasty Warriors, Samurai Warriors and Warriors Orochi) from Toukiden, from Dead or Alive and  even from the Pachinko dedicated to gambling (the beautiful Rio) and from the unrecognized Opoona for Wii. Unfortunately, the heroines of the latest productions (Blue Reflection, Night of Azure 2) are missing but they are absences that will probably be filled in a future sequel. Warriors All-Stars lets you control a team of five heroes (chosen from those unlocked during the adventure) with which to participate in story battles or side missions. Each hero has his own move-set which obviously takes its cue from his game of origin, but mainly the types are distinguished in physical, from afar and 360 °. As per the tradition of the genre, defeating the hordes of enemies will gain experience, and the more valid the performance on the battlefield, the higher the rating and the reward. At the end of each battle party heroes will increase their attunement, unlocking new passive skills to be equipped later in the hub. If we decide to change a member of the team with whom we have already reached the maximum affection level, the latter will not disappear in the maze of the unlocked characters, but will still follow us into battle as an NPC. This is one of the first new introductions of Warriors All-Stars which we appreciated the most during our adventure: towards the final chapters in fact, we no longer found ourselves having to save Generic Soldier A from the enemy attack, but we had to go to the rescue of William or Ryu by significantly increasing their immersion. We sincerely hope Omega Force takes this into account also for future games of the genre. 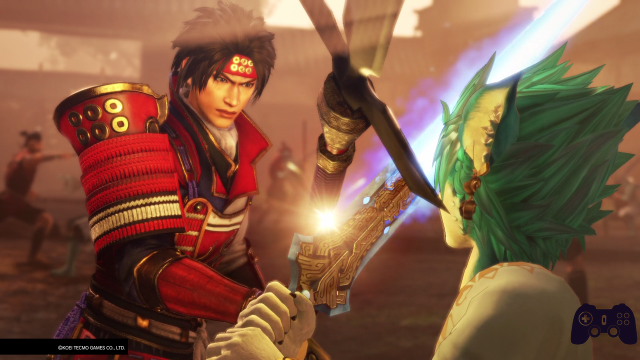 Then there are some specific features of the Warriors All-Stars battles, first of all it is possible to equip a card for each character (depicting the Hero himself) which adds further passive advantages in the field, then there is the possibility of activating a group special, which will bring the other team members to the screen in a sort of timed rush-mode: the more enemies we defeat the more companions will appear to cheer, once the time is up all the characters on the screen will perform a combined move, wiping out the opposing troops. This Star Power will be granted at the beginning of the stage and then it will fill up by eliminating a thousand enemies, a rather small number for some exponents of the genre, but which in All-Stars we will reach only in certain situations (i.e. if you stop to conquer every single territory weather). 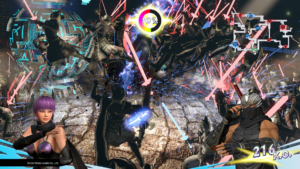 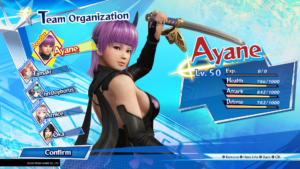 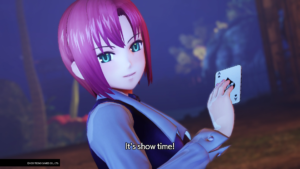 We then come to the main flaw of Warriors All-Stars: taking into account the basic repetitiveness of the genre, which fans do not feel, the new Omega Force musou offers apparently different secondary missions but which, over time, turn out to be repetitive and necessary only to accumulate money.A greater variety of objectives would certainly have benefited, while on balance once you have found the character that suits your tastes, you just need to use only that to complete the game.

The other great flaw of Warriors All-Stars is its decidedly backward technical sector and not up to the level of other Omega Force productions of recent years (such as Pirate Warriors 3). While worthily mixing the different graphic styles of the heroes of the various series, the development in the homeland is evident in order to be able to run also on PlayStation Vita, main motivation behind the scarcity of opposing environments and models. The only exception to the dated visual sector is during the CGI movies that manage to raise the level of production and foment during some entrances or certain clashes. The other side of the coin unfortunately is represented by some important scenes narrated only by static images of the characters, ruining the moment on more than one occasion. The title is completely in English and dual audio is available in Japanese where the heroes find their interpreters of the productions from which they come, an excellent choice that adds to an honest and unpretentious soundtrack that manages to accompany the player in the massacre. of enemy troops.

Verdict 7.5 / 10 There is Opoona usable ... do you need more? Comment Warriors All-Stars is the musou that gathers all the most famous Koei Tecmo heroes in a single battle. However, the operation was only partially successful: if the thirty characters are well characterized and integrated with each other with good choices of mechanics, everything moves on a technically backward field. Furthermore, the great repetitiveness of the secondary missions could get to tire even the most stoic fans of the genre. The hope is that Omega Force will collect the good things of All-Stars and keep them for the next titles and who knows even for a papabile sequel. Pros and cons ✓ Characters from virtually every KT production
✓ Some successful new mechanics
✓ Multiple endings x Technically unsuitable
x Repetitive side missions
Do you want to be a video game expert and know all the tricks, guides and reviews for your video games ? Holygamerz.com is a group of video game fanatics who want to inform you about the best tricks, guides and tips. We offer you the best information to be a reference in gaming, so here you can find guides, tricks, secrets and tips so you can enjoy your games to the fullest. Are you ready to get all the achievements of that game that you resist so much? Enter now and enjoy your favorite video game to the fullest!
News + How common is video game addiction? ❯

Shantae and the Pirate's Curse review