After captivating us with the enchanting Thomas was alone, Mike Bithell back on the scene with a new and very interesting project. Released on PC e PlayStation 4 last July, Volume is also available from January 6th on PS Vita via cross-buy at the price of € 17,99.

Turn Up The Volume

Volume reinterprets the Robin Hood classic in a Cyberpunk key

Stealing from the rich to give to the poor. Who does not know the story of the famous good thief, made immortal by the classic Disney of '73? Taking a cue from this story, Bithell offers us his vision of a dystopian Britain controlled by a cynical multinational whose only interest is economic expansion. The "Robin Hood”Protagonist is a certain Robert Locksley (the references to the original story are many and all very explicit), not a thief in the broad sense but a skilled hacker penetrated inside the Volume, a computer system owned by the Gisborne Industries. Through Volume our Rob will be helped by Alan (an evolved AI resident within the program) to design a series of virtual thefts, which will be broadcast online and disseminated to the entire population, to push and encourage these blows in reality, in order to rebel against the excessive power of Gisborne Industries. 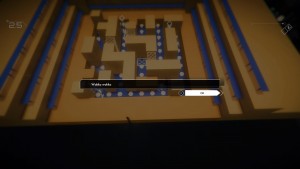 Volume's story will be told through the 100 levels that make up the main mode of the game among the numerous exchanges between Rob and Alan or the numerous documents that can be collected within the simulation. Compared to Thomas Was Alone, where the narrative element merged with the gameplay creating a harmonious whole, here we find ourselves in an opposite situation where the narrative elements clash with what is the game and its mechanics. At the beginning of each level the two will start talking "distracting" the player who will instead be focused on his mission: steal his "target" (usually diamonds that will unlock the exit) and escape without being captured or eliminated by the guards security.

With Volume Bithell drastically changes genre, offering us a stealth game stylistically very close to VR Mission of the first Metal Gear Solid enriching the gameplay with puzzle elements that significantly raise the challenge. As in the work of Kojima, Rob will have to avoid being seen and located by enemies, using the environmental elements of the stages to escape the cone of vision of our enemies. In this case we will have the opportunity to crawl along the walls that will screen us against prying eyes or take advantage of the dead corners of the enemy view to go around undisturbed in the level. The environment therefore becomes our ally, and it will be up to us to understand which strategy to take to save our skin. AI regulating guards is basic, but that doesn't necessarily mean stupid or easily bypassed. To get the better of them we can use some elements of the level, or our own voice to generate sound waves that act as diversions, allowing us to continue our shot undisturbed. Rob will be able to hide using the hiding places scattered throughout the stages, whether these wardrobes, hatches or particular tiles that will make us completely invisible to prying eyes. From ours we will also have a series of super technological gadgets that will prove to be very useful for the successful mission: noise emitters, paralyzing bullets, holographic diversions and traps, all to be used wisely and at the most appropriate time, each with a recharge time between uses, a cooldown that if not evaluated can cost us dearly.


Regarding our enemies, these will vary in number and type: there will be simple guards stationed in precise points of the map or patrolling on predefined routes, of which it will be important to learn the patterns of movements. The dogs will be more complex to deal with, with a greater visual cone and a more refined hearing, capable of flushing us out in an instant. The opposing army then expands with lethal turrets, enhanced attack guards and snipers, whose aim will cover large distances. Each level will increase in difficulty proposing different combinations between the morphology of the room and the position of the enemies, and also the gadgets will be present according to the situation and we will not always have some tricks up our sleeve that will save us the backside.
Volume breaks the rigid schemes of the stealth genre. Not always being invisible will be the most useful strategyIndeed, the game on several occasions will require us to expose ourselves directly to enemy gazes in order to attract their curiosity and devise a strategy that can somehow benefit us. Often the best solution is to act instinctively, exploiting the limits of the enemies' AI and their weak points, with "effective" results for the purpose of passing the level but not convincing on that of the development, showing some gaps under this point of life.
The resolution of the levels then happens in a fairly intuitive way, and although the game requires a certain commitment from the player, it will never be an impossible task, and except in rare cases you will risk ending up in situations close to frustration.

The console versions, PlayStation 4 and PS Vita, are practically identical from the playful side. To the advantage of PS4 we find a greater yield of the controls due to the use of the DualShock 4 compared to the available push-button panel, clearly less precise, especially in the use of gadgets, which require a certain precision in being used.
Where the two versions differ in a conspicuous way is on the graphic side, where if compared the graphic limitations of PS Vita are highlighted, losing a lot in graphic terms compared to the "big sister" (among all some effects like the DoF) , making everything look “battered” and in turn detracting from the appeal of the game compared to PS4. To suffer, in addition to the obvious lower resolution of the Sony laptop, is also the fluidity that fails to maintain performance comparable to the home console counterpart.
Just in these days the two versions have been updated by adding the possibility of exploiting the cross-save functionality, an addition particularly welcome to the owners of both consoles that allows you to continue the game at home and continue safely on the move. 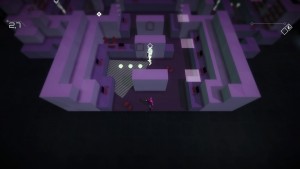 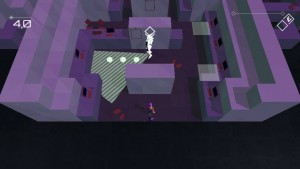 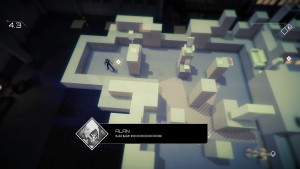 Volume main campaign offers roughly 4/5 hours of gameplay which will vary according to how long it will take you to complete the 100 proposed levels. Bithell chooses to focus on replayability by opting for a perfect title approach for speedrunners. Each stage will have a maximum time to be completed, and the challenge will lie in trying to lower our performance as much as possible, perhaps by comparing their results through the online rankings.

There is also a level editor, with which we will be able to improvise as new architects and create our own maps, which can also be shared with the entire game community. An incentive to stay on Volume once each part is completed, an element that greatly helps the longevity factor.

Hack me this server

Volume, as Thomas Was Alone adopts the path of graphic minimalism, but choosing a three-dimensional context in which to set his adventure. Minimalism supported by excellent design choices, both in the execution of the levels, all always different and well thought out to test our skills as stealth thieves, and in the simple aesthetic choices. Solid colors, strong colors that stand out and an essential polygonal modeling on which Bithell himself often jokes, giving the appearance of breaking the fourth wall several times when Alan, the AI ​​who adjusts Volume, talks about the difficulties of creating a simulation worthy of the name in a short time. Everything is heavily inspired, polished and well implemented. Not only the graphics to remember the MGS VR missions but also the sounds bring us back with the memory, offering us musical themes that reflect those heard in the adventures of Snake (the references and quotes to MGS and other games will always be a constant throughout the duration of Volume). 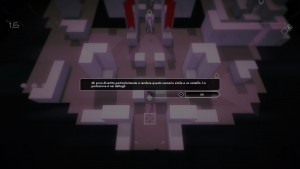 If in Thomas Was Alone we had especially enjoyed the acting of Danny Wallace as the narrator of the game, here we find him in the role of Alan, accompanied this time by Charlie McDonnell in the role of Rob and by the best known Andy Serkis (from Gollum in The Lord of the Rings to Caesar in Planet of the Apes) as Guy Gisborne. Needless to say, the interpretation of the three actors is impeccable and manages to give greater depth to a story that is original but that in many situations appears perhaps too confusing or in need of further study. For the lyrics part, however, the game is fully translated into Spanish.

Verdict 8/10 What's yours is mine, what's mine is mine! Comment Volume reconfirms Mike Bithell's abilities both in telling us a story and in reinterpreting a genre, that of stealth games, enriching it with puzzle elements to create a decidedly successful hybrid genre. Volume knows how to capture the player with its 100 levels, makes him think and pushes him to dare to complete the mission. There is some small flaw on the story, not always convincing or in the AI ​​of the enemies, which sometimes is not as flawless as it should, breaking the excellent balance of the game. Volume compared to Thomas Was Alone is a title perhaps less immediate and less open to all, but despite this it is a valid project and deserves to be both played and appreciated. Pros and cons ✓ Highly inspired minimalist graphic style
✓ Excellent reinterpretation of the story of Robin Hood ...
✓ 100 playable levels
✓ The editor makes the game infinite x On PS Vita qualitatively it loses
x ... some shadow on the story
x AI not always at the top
Do you want to be a video game expert and know all the tricks, guides and reviews for your video games ? Holygamerz.com is a group of video game fanatics who want to inform you about the best tricks, guides and tips. We offer you the best information to be a reference in gaming, so here you can find guides, tricks, secrets and tips so you can enjoy your games to the fullest. Are you ready to get all the achievements of that game that you resist so much? Enter now and enjoy your favorite video game to the fullest!
Shovel Knight Review ❯

Kingdoms of Amalur: Re-Reckoning Review - Again, but without Skyrim