Presented during the press conference ofE3 di EA, Unravel of the Swedes Coldwood, is a title that immediately captured our attention, either for the graphic refinement, the suggestive atmospheres or for its protagonist, a red wool creature capable of being loved at first glance. Available from last February 9 on Xbox One, PlayStation 4 e PC at a price of € 19,99 (a few euros less and the possibility of trying the first two levels for subscribers EA Access e Origin Access) will he be able to keep up with expectations?
Find out with us with the Unravel review.

The bonds between a person and us exist only in thought. Memory, in fading, loosens them; and, despite the illusion of which we would like to be victims, and with which, out of love, out of friendship, out of courtesy, out of human respect, out of duty, we deceive others, we live alone. Man is the being who cannot go out of himself, who knows others only in himself, and who, if he says the opposite, lies.

The tree of life

Unravel is a melancholy journey into memories and memories

Video games, just like a film or a book, are able to tell magnificent and exciting stories, capable of marking our memories in focus. Over time, there have been dozens of titles that have stirred up the most varied feelings in us, often using effective narrative approaches, capable of striking directly at the hearts of the players. Unravel is one of them.
Disguised as a classic sliding platformer, Coldwood's work is a melancholy journey into memories and memories undertaken by Yarny, a woolly creature who will have to recompose the faded images of a past now distant in time. In fact, the game opens with a short filmed sequence, with an elderly woman lost in her thoughts in front of a photograph. Soon Yarny will appear, who will come to life from a ball of yarn fallen from the woman's basket, thus starting his adventure, which will lead him to retrace the most important and significant moments of his life, using the photos as a portal to these past worlds. Coldwood chooses to entrust the weight of the narration to images alone, depriving the game of any element extraneous to the story, supported only by an intimate soundtrack which becomes the only voiceover. 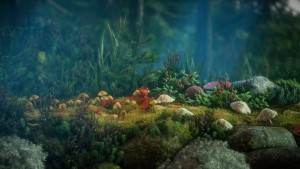 We will therefore find ourselves traveling in an immense world, seen from the minute perspective of the protagonist, a secret world where nature comes to life, and every little element becomes an insurmountable obstacle, traveling through the places that have been the scene of the memories of the woman's family. Summers at the seaside with children hunting for crabs, hiking in the mountains, the growth and separation of loved ones dictated by time, the onset of old age and even the looming death. Yarny will relive all this by witnessing some flashbacks that will flow distant and elusive in the background and will give us some clues about a story that is deliberately difficult to focus on. Clearly Coldwood tells his story, but the very fact that this is not so well defined allows the player to identify himself, finding similarities with his own life, making it his own. And this is one of the strengths of Unravel, that of capture the player by making him live the story of all of us. All this always revolving around the themes of indissoluble bonds, despite the passage of time. Unravel also plays a lot on symbolism and metaphors, from the appearance of Yarny, who on his journey will leave traces of his passage, unrolling his body at every step, leaving behind him that red thread of destiny that binds people and their memories, or the cyclical passage of time, immortalized by the seasonal change of levels, to represent what is the life span and its decay. 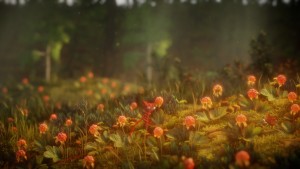 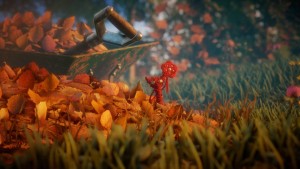 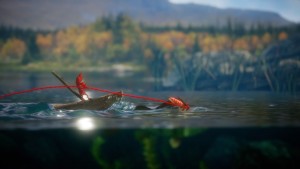 See how I rock

Unravel is a platformer that mixes classic mechanics and environmental puzzles

Behind Unravel hides a sliding platformer that mixes classic mechanics with solving environmental puzzles. Yarny, taking advantage of his woolly body, will be able to use it to his advantage, for example by throwing one end of the line to swing like a vine and reach places otherwise precluded. In some situations you can tie the wire to connect two points thus creating trampolines and get greater thrust during jumps, or practical points to slide objects to use as ladders or to activate switches. The puzzles will always be clear and easy to solve, but not for this little stimulating, forcing you in a couple of points, to stop and think well about what to do. As with Yarny, who finds himself exploring a new world for him, we too will have to pay attention to all the elements on the screen to find the right path on which to lead our woolly mascot. 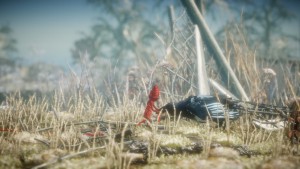 By sharpening my eyes then, it will also be possible to collect some collectibles, which will require more dexterity to be recovered, and will be an incentive to retrace our steps if we are interested in completing the game 100%. Unravel is a platformer that can be appreciated precisely for its calmness and its simple approach, so for example we will not find clashes with bosses or enemies of any kind, although in some situations we will have to deal with some of the animals that populate the idyllic landscapes of Sweden, that will move the pace of the game by testing our jumping skills with the pad.
Unravel is a title that can be played without too many worries, and will accompany the player for about 6/7 hours, something more if you decide to collect all the collectibles. A duration quite in line with other productions of the genre to which it belongs, but what here it is even more apt if we look at it from the perspective of the effectiveness of the story, which manages to express its full potential in the established hours of play, and that beyond, he would have risked losing his charm and raison d'être. 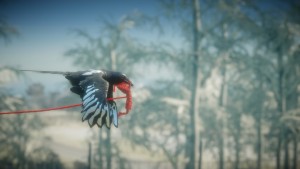 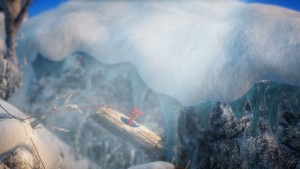 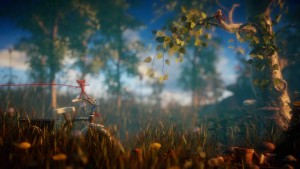 As mentioned at the beginning, Unravel relies on images to tell its story, and it does so by showing off a first-rate graphic sector, which we are not ashamed to claim that we are facing one of the best 3D graphics used for the creation of a 2D (and a half) platform. The world created by Coldwood is of a disarming beauty, at times more beautiful and fascinating than the real world to which it is inspired. Impossible to remain impassive in front of certain glimpses or passages for the orgy of details that saturates the video image and recreates a miniature world with a magical flavor (the elimination of every obstacle dictated by an invasive hub guarantees further identification), an element that rewards the choice of having used an "extra small" hero like Yarny, who pushed the use of a camera that replicated the effect of a “macro” shot with consequent blurring of the backdrop that would make the protagonist and everything around him stand out. The variety of landscapes and the alternation of the seasons they create a mix of situations in which each level will have its own theme and meaning, starting with the sunshine and warmth transmitted by the first levels, and then darkening and freezing on an ending to which holding back the tears becomes easier said than done. Yarny then, will be more alive than ever, and even without the word, he will be able to transmit all his load of emotions to us, thanks to his animations, which will make him alive and able to impress himself in front of the news, both this a butterfly and flies in front of him or the snow that covers him from head to toe. 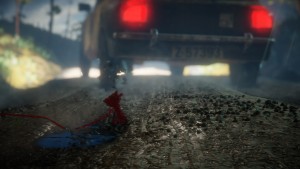 Even the musical accompaniment gives us its e it also tells us about a journey into the sounds of a land far away from us, having its roots in folklore and tradition. Having contacted a local composer helps to make the work even more personal, but at the same time positively affects the final result and its atmosphere, making the songs we will listen to an integral part of the whole adventure, that will change dynamically adapting to the emotional state of the moment.

Verdict 8.5 / 10 The illegitimate son of Little Big Planet and Yoshi di lana Comment Like a Proustian work, Unravel digs into the memory and emotions of all of us, giving us a title that will be well remembered by all those who decide to undertake this journey . We could spend hours debating on the simplicity of the gameplay, on the fact that it does not add anything new to a genre, that of the platformers now abused by any type of production, and so on. The reality is that Unravel is another of those rare pearls whose value goes far beyond the simple rating of lime, an experience to indulge in completely and to be enjoyed minute by minute, ready to become part of your personal baggage. Are you ready to leave with Yarny? Pros and cons ✓ Unique atmospheres
✓ Strong emotional charge
✓ Pleasant platform suitable for all ...
✓ Last the right ... x ... although perhaps too easy
x ... but for some perhaps too fast
x Those looking for the challenge should do it elsewhere
Do you want to be a video game expert and know all the tricks, guides and reviews for your video games ? Holygamerz.com is a group of video game fanatics who want to inform you about the best tricks, guides and tips. We offer you the best information to be a reference in gaming, so here you can find guides, tricks, secrets and tips so you can enjoy your games to the fullest. Are you ready to get all the achievements of that game that you resist so much? Enter now and enjoy your favorite video game to the fullest!
Special 8 Videogame Mothers to celebrate Mother's Day ❯

Life is Strange: Before the Storm Episode 2 - The New World Review