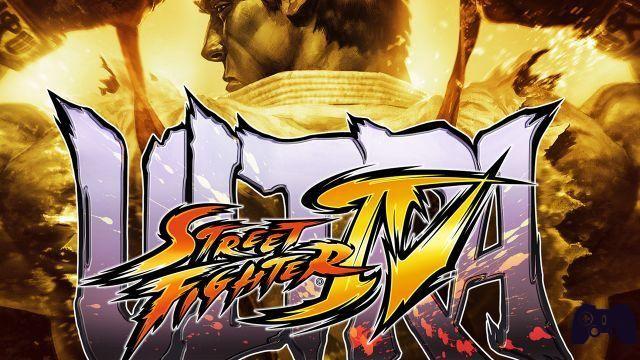 It was the year 2009 when Yoshinori Ono managed to amaze audiences and critics with his Street Fighter 4. From its origin, up to today, the Capcom masterpiece has undergone several changes and tweaks in content and gameplay through the release of more or less substantial dlc. The new Ultra Street Fighter IV additional content is therefore available for a few days, a game expansion that includes profound changes.

Ultra Street Fighter 4 adds five other "new" characters to the roster, including historical recoveries and an unprecedented fighter. Let's start with the trio from Final Fight consisting of Hugo, Poison and Rolento. Hugo, a decidedly too big character, bases his fighting style on devastating projections. Unfortunately, his huge size and his remarkable slowness make him a difficult character to use for anyone. The beautiful Poison is gifted with good attack speed, and her move set makes her a dangerous fighter at both close and medium ranges. Finally, Rolento, arguably the most technical of the five, will require considerable practice to master. However, once he learns his style based on feints and evasive attacks, he will be a fearsome opponent. The other two characters added to the roster are Helena, an expert capoeira fighter, with a mix of really effective high and low blows and the unprecedented Decapre. The latter, another Bison Doll, unfortunately does not fully convince as her look and animations have been heavily recycled by Cammy. On the other hand the unprecedented warrior thanks to her teleports, quick attacks, the interesting ultra and some of the fastest EX attacks on the entire roster, turns out to be a very dangerous fighter. These are the new entries that bring the total of characters to forty-four units, but which do not justify the purchase of this new dlc at all as all of them have been recycled by Street Fighter X Tekken. From this point of view, an extra effort from Capcom would have been welcome.

The secret is in the "small" details

To understand the weight of this content well, it is essential to take a moment to examine the videogame scene of the big tournaments or, let us say the definition, “videogame competition”. In competitive sports, the more you want to be good, the more you have to train, and the same thing must also be done with video games. Taking into consideration the world of Street Fighter 4 we will get two types of gamers: the occasional ones and those who live there with Street Fighter 4. The latter train every day and obsessively study the frames of every single move to be able to find new and punishing combos. These are precisely the protagonists who every year play for good reason in virtual tournaments dedicated to Street Fighter 4 and, who at each appointment, motivate Capcom to make improvements to the gameplay of this saga that reaches a new maturity thanks to Ultra Street Fighter 4, a dlc dedicated to the "pros". The finishing work carried out by Capcom was made possible thanks to tournaments based on both the Arcade Edition of Super Street Fighter 4 and the beta of Ultra Street Fighter 4, which saw significant changes in the game mechanics. With this dlc, Capcom extensively refines the already excellent gameplay of the title, modifying certain parameters of each individual character such as speed of execution of the moves, of the movements, amount of damage, amplitude of movement of the attacks and speed of recovery after having suffered a attack, thus shuffling the cards on the table. By making these changes on each fighter, the Ultra Street Fighter 4 roster is therefore even more balanced and the experts will have to review some of their game strategies. These changes stand out in a more evident way, however, during the clashes with Zangief and T. Hawk: the two giants, are perhaps the characters who have obtained the most marked advantages compared to the rest of the roster, as now graced by greater speed, a simpler combo timing and even more destructive moves. The negative note of this rebalancing of gameplay, however, lies precisely in the fact that such technical changes will hardly be noticed by less experienced gamers. In their eyes, Ultra Street Fighter 4 will always be the same Street Fighter 4.

In addition to what has already been described, Ultra Street Fighter 4 brings with it further innovations much more evident and therefore clearly visible by anyone. Continuing to talk about gameplay, there are three further subtleties added and they are the Red Focus, the recovery from delayed take-down and the possibility of using both ultra during the matches. The first, which can be performed by holding down the keys for medium attacks at the same time plus any other key, will allow the player to withstand multiple attacks while remaining almost unharmed, and then, as with the classic Focus, allow us to counterattack with more or less painful moves. Unlike the canonical Focus Attack, the red version will use two super bars, three in case of cancellation with a dash and also this attack will be useless in the face of armor break attacks. The delay wake up instead, which can be implemented once landed by pressing any two buttons with the right timing and, which will therefore delay the recovery of our fighter, has certainly been introduced to make life more difficult for those who often resort to technique. of the "vortex", that is a series of attacks capable of hitting us in that frame of a second in which, while we rise from the ground, we are totally defenseless. Finally we find the possibility of using both ultra of the various characters in the same fight. By selecting this option, however, these special attacks will cause less damage to our opponent, but despite this, this could prove to be an interesting strategic choice.

After having meticulously described the good work done by Capcom regarding the gameplay, we close with other innovations added in this dlc, such as the possibility of taking part in online team battles up to four fighters against four others, the possibility of uploading our fights on Youtube and finally online training. The team battle mode can be played in two different ways: elimination where the winning character always remains in the arena until his defeat or continues, where each character will be paired with another fighter to face. The Online Training mode on the other hand, undoubtedly represents an excellent opportunity for all those intermediate gamers or in any case wishing to improve their skills with Street Fighter 4. With this option we will be able to practice with opponents superior to us, perhaps willing to teach us some new technique. without making us suffer the stress of competitive matches. From a purely technical point of view, however, there is nothing to report and we will therefore find all the graphic goodness and fluidity to which Capcom had already previously accustomed us. Some arenas have also been added, but these do not represent anything new as they are also ports deriving from Street Fighter X Tekken. The icing on the cake is the possibility of choosing the characters in their guise from past episodes, with the flaw, however, that we will not be able to take advantage of the changes made to the gameplay, included with this latest expansion. In conclusion, therefore, this dlc certainly represents a good update that finds its strength and weakness precisely in the refinement of the finishes implemented to the gameplay. For "pro gamers" who eat bread and Street Fighter this expansion is more than just a content addition. If, on the other hand, you are part of the "Sunday fans", the purchase may prove superfluous, as it will be difficult to see the technical heart that animates Ultra Street Fighter 4.

Verdict 7.5 / 10 Same game, with more stuff and style. Comment I am part of the gamers on Sunday, even on Saturday and as such, despite being passionate about the saga since the tender age of eight and following it meticulously even in its most hardcore scene since I saw the unforgettable challenge Ken vs Chun Li played with Street Fighter: 3rd Strike nearly eight years ago, I'm a far cry from the monster levels that populate the biggest tournaments in this universe. Despite my level as an intermediate gamer, however, this Ultra Street Fighter 4 has managed to give me new motivation to try to improve myself a little bit and I therefore feel I can recommend this dlc also to those like me, who may already know the combo mechanics well. , reversal, cancel, vortex, poking, footsie etc. and would like to learn how to master these gears that make up a solid and deep gameplay with even more mastery. With an even more balanced gameplay and pleasant additions such as online training and the ability to use characters from past episodes of the saga, Ultra Street Fighter 4 therefore represents an indispensable purchase for the most passionate and an additional motivation for intermediate gamers. to look out a little more towards the competitive world of tournaments or towards the refinement of one's playing technique. While waiting for Street Fighter V, Ultra Street Fighter 4 is undoubtedly an add-on that every fighting game enthusiast should own. Pros and cons ✓ Excellent gameplay refinement
✓ Training and online battle mode are nice additions
✓ Designed for the pros x Decapre knows too much of what he has already seen
x Recycled characters and arenas
x In the eyes of the inexperienced it will seem the usual Street Fighter 4
Do you want to be a video game expert and know all the tricks, guides and reviews for your video games ? Holygamerz.com is a group of video game fanatics who want to inform you about the best tricks, guides and tips. We offer you the best information to be a reference in gaming, so here you can find guides, tricks, secrets and tips so you can enjoy your games to the fullest. Are you ready to get all the achievements of that game that you resist so much? Enter now and enjoy your favorite video game to the fullest!
Tomb Raider Review ❯