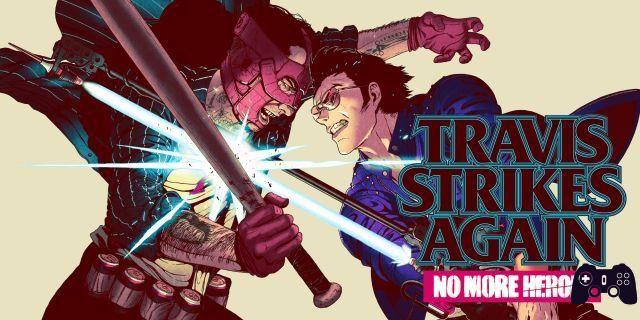 The good news is Travis Strikes Again: No More Heroes brings Goichi Suda back to the control room. The bad one? We hadn't taken into account how crazy Suda51 was ...

Let's get the tooth out right now. Travis Strikes Again: No More Heroes it's not No More Heroes 3. And it doesn't want to be. Or rather, he doesn't even try. At the end of the experience we realize that everything that made No More Heroes ... Well, No More Heroes is still there, some aspects - see the items "criticism of the videogame industry", "meta-referentialism" and "breaking of the fourth wall ”- they even come out strengthened. Yet one has to deal with the constant, insistent and annoying feeling that Suda51 is joking, that it can't really be all there, that it is a controlled before a section closer to the logic of the series but never arrives. And that's okay - or at least, it can be okay.

Goichi Suda is a wildcard, and Travis Strikes Again: No More Heroes screams it from the rooftops

But let's start where a review should start - that is, from the beginning - and leave the final thoughts to that stuff that fills the space next to the vote and doesn't read anyone to the comment. 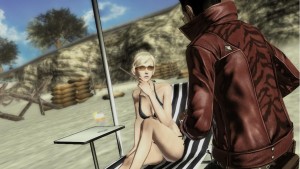 Several years after No More Heroes 2 Travis is out of the game. Retired to private life, some would say. To dispose of the backlog of accumulated video games, it suggests the initial sequence, which immediately shoots the main theme of Hotline Miami - almost to exorcise the similarities that pass between the two titles - and shows the no longer hero of Suda51 struggling with Dennaton Games. The past comes back to knock on the door (if not to destroy it with a baseball bat) when Bad Man, the father of Bad Girl - fantasy is not exactly the family profession - takes it into his head to avenge the number one was-killer. two in the UAA ranking.

You don't know who is Bad Girl? Maybe it is the case to play No More Heroes then ...

A phantom console through and through

All this basically acts as a pretext for Travis Strikes Again to play for those in front of Nintendo Switch. The two are sucked into the console of Travis, the infamous Death Drive Mk II. A console that in the gaming world has never officially come out, remaining on the threshold of vaporware - indeed, becoming the object of cult and urban legends in perfect Polybius style. No, not that Polybius. From here on, the events unfold bizarre: basically by collecting the six Death Balls (the memory supports on which the six games made for the machine were distributed) and completing the six titles, you get the chance to make a wish. In perfect Akira Toriyama style.

Ma what else is on cartridge, apart from a plot suspended between the absurd, Dragon Ball and Greed Island (HunterXHunter) and this console equipped - for no apparent reason - with an aroma diffuser?

Travis enjoys playing with the player

There is, as we said at the beginning, a lot of what characterized the first No More Heroes. The narrative develops alternating phases of grinding (indeed, less an end in itself and more fun to play) and boss fight within the six video games, interspersing everything with a sort of visual novel - Travis Strikes Back, in fact - that with its retro graphics connect one Death Ball to another, telling how Travis gets hold of the cartridges. Telling it - obviously- repeatedly picking up the fourth wall, in an uncomfortable parallel with Deadpool that the author (and Travis himself) does not escape and is actually stigmatized. How often and willingly they are stigmatized you find them lazier of the title, which - and this is the reason for the feeling of being made fun of above - constantly seems not to be serious, but flaunting it and that is enough to justify the fact that many of the most adrenaline-pumping scenes of the title actually they do not exist, I am only green text on a black background.

But on the other hand, one cannot fail to appreciate some other choices, especially if in recent years we have moved from one Grasshopper product to another. For really understand Travis Strikes Again, in fact, you have to go through the titles signed by his parent company, even those not properly signed by the big guy himself.

Like? Are you still convinced that No More Heroes 2 and Killer is Dead are the stuff of Suda51? Read here, please ... 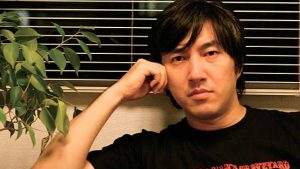 To learn more:
Kill the Past: Suda Goichi's Hidden Story

It is really hard not to admire the courage with which Goichi Suda has inserted a certain type of in-game content. And even if it is an approach that the most nerdy nerds (as much as and more than Travis himself) will not reach completely new, we must still recognize some chutzpah to the Japanese author. For better or for worse.

From a gameplay point of view?

In two words - it could easily be the verdict of the review, and maybe it will be too - Travis Strikes Again is the arcade version of No More Heroes. Compared to the originals, some components are missing, the wrestler grips and the sense of progression that the game instilled through the upgrades of the Blood Berry and the techniques to be purchased, but all you vote body and soul to the God Score and - thanks to the Death Glove, the controller of the demonic console - Skill Chips peep out, adding new abilities to the protagonist. You play as Travis or as Bad Man, who is also available to the player (very convenient excuse to enter a street co-op mode). Although reduced to the bone the basic moveset is still that, light attack and heavy attack - and related jump variants - with the need to recharge the Blood Berry by shaking the controller when the battery runs out. Compared to a classic No More Heroes, perhaps the boss fights are a bit sinful, which despite showing off some really over-the-top characters appear structurally quite similar, without the sudden flashes of the main series. Yes, each boss has its own pattern and attacks, but very often the basic strategy is always the same and the phased structure - this too, already highlighted since the first world - falls largely within the already seen in a video game.

Deliberately, without a doubt.

But is it really enough to scream "phase 2" to mask such an unoriginal gimmick?

Travis Strikes Again: No More Heroes
On amazon: 26,24 € buy The crucial question, in the end, is this. Travis Strikes Again is a game that obsessively hinges on such tricks, using them as an excuse to throw raw elements on the screen, levels still in development in Unreal Engine and the like. In flashes, it is also a decidedly self-congratulatory game, and in a couple of points capable of seduce and abandon the player, playing with his feelings as an old Grasshopper enthusiast. Is that enough for you? Or if that's not enough, do you want to have the hope that Travis re-hits once again with No More Heroes 3? Then it is a must. A stage that at least this time is not technically backward (and God forbid) and that hides much better the phases of monotony between one battle and another. Verdict 7.5 / 10 The cabinet version of No More Heroes Comment Hard, really hard to rate Travis Strikes Again. So many ideas are brave and deserve to be awarded just for that, but on the other hand some indie titles had already experienced the same thing and forced us to ask ourselves the same things. And net of that, several of these ideas seem to be just an excuse to purposely do things rough and see you again at the next title (if it comes out. If). What you read here on the left or above - depending on the resolution - is an average of the feelings that remain at the end of the game and as such should be taken, knowing that if you are a fan of No More Heroes and Suda51 this is a stage obliged Pros and Cons ✓ Strangling, irreverent, smart
✓ Pure Suda51
✓ Must have for fans x Strangling, irreverent, smart
x Pure Suda51
x Must have for fans
Do you want to be a video game expert and know all the tricks, guides and reviews for your video games ? Holygamerz.com is a group of video game fanatics who want to inform you about the best tricks, guides and tips. We offer you the best information to be a reference in gaming, so here you can find guides, tricks, secrets and tips so you can enjoy your games to the fullest. Are you ready to get all the achievements of that game that you resist so much? Enter now and enjoy your favorite video game to the fullest!
Fruit Ninja VR review ❯

Add a comment from Travis Strikes Again Review: No More Heroes - The Return of Suda51