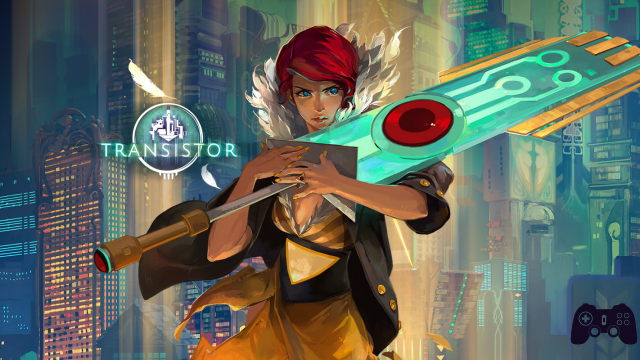 The cyberpunk of Supergiant Games, admirably interpreted by the artistic direction of Jen Zee, goes further. Beyond the immobile Sunni imaginary that has tended to characterize the genre in the media in the last 40 years, beyond its decadent aesthetic illuminated by toxic neon, mirror of a world abandoned to pollution and social degradation. And so Cloudbank stands in the new Paris, decay becomes refinement, techno gives way to an electro-blues with jazz nuances that arpeggiates with the strings of the soul. Everything takes a new cyber-nouveau form, between backgrounds that whisper eternal love to Klimt's art and Rococo details. The punk dissolves, like Red's voice, extinguished, as if it were enough to turn off a switch, burn a transistor. Reading what comes next is just an act of trust that does not change an already written, sublime ending. 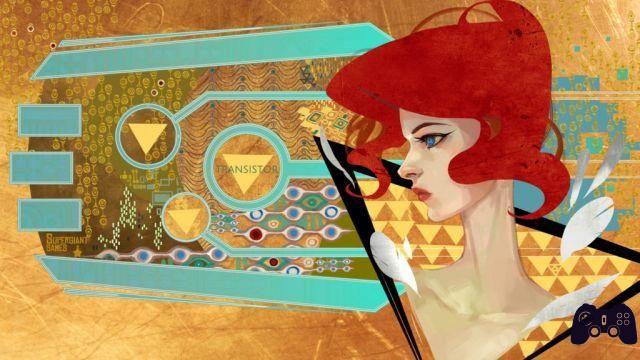 A failed attack on the muse of the city, Red, gold-colored evening dress and innate class, the one who with her songs can arouse overwhelming emotions, madness, wonder, love, the love that in that attack abandoned its earthly form, together with her art, pierced by a transistor, very powerful, almost divine, capable of alter the very fabric of Cloudbank like a tailor, a city suspended between real and virtual, a scenography that has neither the muffled consistency of a dream nor the solid one of concrete, a limbo of rare architectural beauty, assaulted by Process - robotic army or computer virus, it makes no difference - to be dismantled and reassembled in the image and likeness of Orchestral. The one who gave his life to protect us, however, is still with us, trapped within the emerald component, passed to a new level of life.

Words that give life to the first notes of a guitar that seems to cry, only to wipe away the tears and awaken, aware that hiding is now an impassable road, in a ghost town whose population is put on the run by the epidemic that only Red seems to know fight. He knows how to move, where to go, how to eliminate the soldiers of the Process, reading through the code that moves them, anticipating their moves. Time stands still, action becomes planning, our red-haired Mona Lisa hums and meditates, still capable of vibrating her vocal cords. Here the action RPG becomes turn-based strategic, because Transistor not only innovates the cyberpunk landscape in its audio-visual imagery, but rewrites the rules of the game in its own way, arriving at a hybridization with almost puzzle nuances, where you plan attacks and then go from cover to cover, defending yourself, waiting to be able to distort space-time again.

A syncopated rhythm that never manages to tire and that, on the contrary, induces addiction to those who enter his game of combinations, alternating the powers that will gradually be absorbed by the Transistor, fragments of the memory of those who previously owned them, alphabet of a code with which only we can write. Each input has a different use, leading to an absolutely personal and never imposed style of play, not even suggested, with the options out of the lot of the 4 main ones ready to merge with them to lead to lethal side effects for the enemy, with the only limit of the internal memory of the weapon. Nothing else is done, the circular flow of exploration-action is always contracted, constantly and splendidly commented by the trapped soul and above all by the off-scale soundtrack composed by Darren Korb, which sounds like it was in Red's head, on a 1: 1 scale with respect to the succession of events. Memories of the evenings on the stage of the Empty Set, illuminated by a beam of light, while the emotions took the form of the members of the accompanying orchestra and Spine vibrated in the hall thanks to the powerful voice of Ashley Barrett, able to give the piece a almost Bondian aura, to Adele's Skyfall. Sensational.

A work of characterization and contextualization of the kiss, which shows a choral artistic mastery of absolute level and an obsessive attention to detail, capable of making its elements liquid and amalgamable. Just think of the possibility of stopping and allowing the Cloudbank star to hum along to an instrumental track, hearing her follow the score perfectly with what remains of her voice. There is no use in the gameplay, just love for your character. For everyone, to tell the truth. Each actor has a beautifully written script, starting with our travel companion, capable of reaching a very rare level of empathy with the player, giving more than once the illusion that he is addressing us. Awesome. An interaction that almost never breaks our path but overlaps it, continuing to tell and tell each other even during the action, regardless of the level of attention of those who pull the strings. Then you go back to grinding levels, unlocking skills, upgrades and limiters, another game design variable with which to mess around, as if they were the chips of a computer. They are nothing but malus with which to alter the behavior of the Process, their strength, regenerative abilities and other characteristics, receiving in return the taste of an even more cerebral-muscularly stimulating challenge and a natural bonus of experience points. 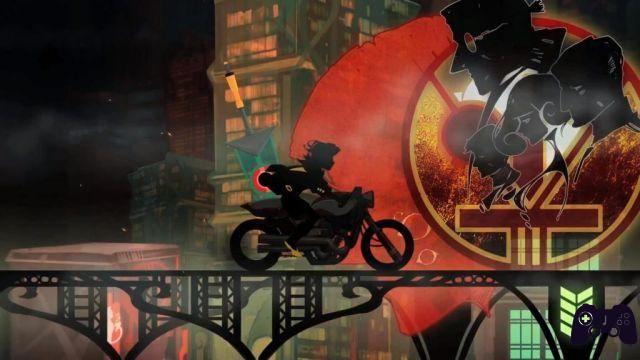 A conceptual philosophy that gives the player a set of rules and then leaves him with total freedom of expression. The game, playfully, prosaically, is all here; a series of fights that you are never satisfied with, because getting into its programming and reprogramming mood soon becomes cyber-drug that will inevitably lead to an overdose of Recursion, a new game + that takes the challenge to its extreme consequences, with the heart and mind still unsettled by the final cliffhanger. It is extraordinary how the breaking points of its structure are absolutely exposed, unsafe, starting from a clear linearity and an almost mathematical alternation of situations, yet everything always remains standing, without boring, without mistaking a line of dialogue, a fight , an environment or a track. Like a videogame Rolex, which does nothing but keep time but does it with grace and elegance, never losing a thousandth of a second.

Verdict 9/10 Turn on, tune in, drop out. Comment A group of extraordinary artists and designers, those who animate Supergiant Games. A collective capable of renewing cyberpunk with an audio-visual taste to make the brain explode, supported by a playful backbone as solid in its few rules as it is flexible in its staging. The ARPG thus lives on sudden accelerations as well as on long meditative pauses, with a hybrid action-shiftwork always stimulating, lively, fun, while all around its story unfolds through words (amazing dubbing), music and urban landscapes, telling a sci-fi tale as cryptic as it is unforgettable, indelibly engraved in the code, protected in a transistor. Pros and cons ✓ Audiovisual of another category
✓ Exciting story, spoken, untold
✓ Fresh, fun, inspiring ARPG mechanics x Its basic linearity can be sensed
Do you want to be a video game expert and know all the tricks, guides and reviews for your video games ? Holygamerz.com is a group of video game fanatics who want to inform you about the best tricks, guides and tips. We offer you the best information to be a reference in gaming, so here you can find guides, tricks, secrets and tips so you can enjoy your games to the fullest. Are you ready to get all the achievements of that game that you resist so much? Enter now and enjoy your favorite video game to the fullest!
Pokémon Let's Go Special is everything that's wrong with Game Freak ❯