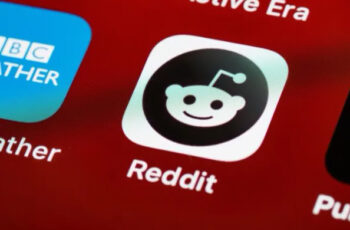 Reddit is the "first page of the Internet" for many users. It could also be the first page you visit as soon as you connect to the internet. That's why it's so frustrating when that page isn't very user-friendly or when basic customization options are missing.

If you consider yourself a Power Reddit user, you will really like Deck for Reddit. The site name is self-explanatory - it allows you to create a bunch of columns with different subreddits in each. There is no limit to the number of columns you can have in a window.

Deck for Reddit gives you more viewing capabilities: you can select a post and read it within the column, or open and view it separately in a new browser tab. The only downside to the deck for Reddit is that it doesn't let you search the entire Reddit yet.

Unless you're a complete newbie to Reddit, you probably have a collection of saved posts on the site. With the variety of content you can find on Reddit, from a funny GIF to a political topic, it's important to keep your saved posts organized. Updoot is the Reddit alternative that can help you find that link or image you saved on Reddit and can't find now.

Updoot makes it easy to find your saved Reddit posts. All you need to get started is to link your account to the web app. Then you will see all your saved posts in one place on the Updoot site.

Even though the official Reddit site has been redesigned, you can still access the old Reddit in its original form and form. If you are a relatively new user who joined the site after it was redesigned, you probably don't feel any huge difference between the two. However, many experienced users find that Old Reddit had a much more practical interface, and overall, the site was better organized.

Whether you are the Old Reddit team or the New Reddit team, you can now enjoy your time on the site you like best, old or new. You can also switch back and forth for a while to see which one works best for you.

Given the amount of fake reviews on sites like Amazon, product recommendations are hard to trust. Reddit Favorites is where you can find product reviews and recommendations you can trust from other reddit users. Open the main page and select Products to view a complete list of categories. You can also search for items by keywords and the time period in which they were listed

As an Android user, you can find numerous alternatives to Reddit on the Google Play Store. However, most of them are filled with ads that you can't skip or ask you to sign up to unlock premium features. Boost for reddit is a free android app that uses no ads.

For iOS users, Apollo is a great third-party alternative that you can use to browse Reddit for free. Apollo was created by a former Apple employee and experienced redditor, so you can trust the app to provide you with a seamless Reddit experience.


Among the features that make Apollo stand out is a full-featured Markdown writing editor that allows for extensive text formatting, such as using bold, italic, underlined and strikethrough text.

What if it's not the simple interface you're tired of, but Reddit itself? Maybe it's time to change that and try using a different platform to find interesting, weird, or educational content. It might be your chance to find out if you are a truly loyal redditor or an occasional lurker like most of us.

Audacity Alternatives: Time to use a better audio editor ❯