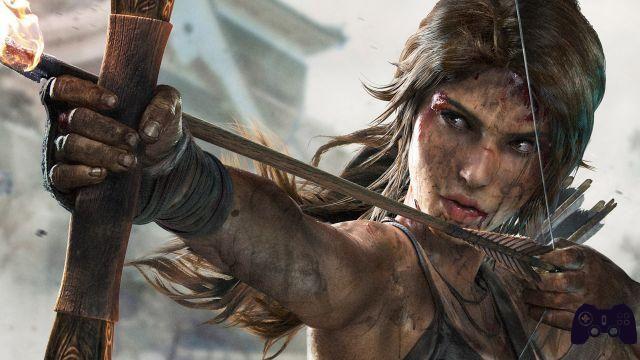 The reboot gimmick has been in use practically ever since the video game became a mass phenomenon. Sometimes the maneuver is aimed at relaunching historical brands that suffer from an identity crisis, while others hides more commercial purposes such as expanding the fanbase of the series, but in both cases the formula does not change much: a title familiar to users is proposed again by immersing it in a new context. From this point of view, 2013 was generous, bringing to the market two very successful operations of this type on the critical front such as Capcom's DmC Devil May Cry and Square Enix's Tomb Raider, and, although the Ninja Theory creature has experienced mixed fortunes , a different speech must be made for the second debut of Lara Croft, which allowed the archaeologist to be re-proposed on new generation consoles less than a year after its release. Tomb Raider: Definitive Edition is therefore presented on Playstation 4 and Xbox One by launching the challenge to the older versions of Lara's adventures: will it be worth paying the ticket to be shipwrecked on this new Dragon Triangle?

The island of the Black Queen of the Sun

From a content point of view, this "definitive edition" is virtually identical to the versions released on Playstation 3, Xbox 360 and PC last March. Net of the additions related to the released DLCs (which for the single player are summarized in some costumes for Lara, some extra skills and an additional grave) and some bonus content such as the digital edition of the comic linked to the game published by Dark Horse, the events related to the crew of the Endurance and their expedition in search of the Kingdom of Yamatai are re-proposed, which ends with a shipwreck on one of the islands of the mysterious Dragon Triangle. The story therefore takes place entirely within the island, and sees the player, in the role of a young and inexperienced Lara Croft, trying to escape from this even at the cost of clashing with the Solarii, a sect formed by the current inhabitants of the island and worshipers of the Sun Queen Himiko. The narrative, as in the original work, is presented in an interesting way and manages to show the psychology of the characters effectively, thanks to the careful use of some narrative devices such as the diaries that Lara writes every time she stops in a camp (which highlight the distance between this young and inexperienced Lara, more introspective and frightened, and the "old" explorer navigated and self-confident of the first titles in the series) or the videos recorded aboard the Endurance by Sam, the best friend of the archaeologist, which act as flashbacks.

Find yourself in a dark forest

If the contents are limited to including all the DLCs released for the game, on the gameplay front, on the other hand, the differences with the version released last year are starting to be savored in a more marked way. Both on Xbox One (using Kinect) and on Playstation 4 (using Playstation Camera or a headset to connect to the Dualshock 4) have been placed side by side with the traditional controls of voice commands, which allow you to navigate the menus or change the weapon equipped without having to resort to physical buttons. The Playstation 4 version also includes some features related to the console controller, such as the ability to use the touchpad to zoom in and out (as well as move the frame) the image on the map and the use of integrated speakers to reproduce some sounds of game, such as environmental ones and radio communications between Lara and the other characters. All in all secondary aspects, but that especially as regards the use of the Dualshock 4 speakers increase the level of immersion in the events of those who play.

It's a jungle out there, even in multiplayer

These innovations are grafted onto the play system already seen in the "smooth" version of the game released last year (which we talked about in detail in the review), which alternates stages based on platforming and puzzles close to the spirit of first chapters of the series with more adrenaline-fueled segments in which we compare ourselves with the Solarii sect, deciding from time to time whether to face the enemies on duty head-on (any reference to the forms of the archaeologist is absolutely random) using firearms or in more stealth mode by relying on the deadly and silent arc and back attacks. From the version for PS3, Xbox 360 and PC, however, the artificial intelligence of the opponents is also inherited, which does nothing to complicate the player's life and revises the level of challenge downwards, the biggest flaw of the whole production. The online multiplayer mode is also re-proposed, complete with all the released DLCs, which while not shining in terms of originality can be played without particular problems, thanks to a gameplay that is in fact a "close relative" of that observed during the campaign .

However successful the additions may be on the front, check the real differences between the version for Playstation 4 and Xbox One and those released last year are all on the technical front. First of all, a native resolution of 1080p should be noted, which allows a greater level of detail of the image on the screen. The setting is also embellished with convincing particle effects and dynamic lighting management, which greatly increases the final performance of the scenario compared to the older generation counterparts. Even the fluidity of the experience has definitely increased, thanks to the framerate stably anchored to 30 fps which on Playstation 4 reaches (and maintains, although not always stably) even the fateful 60 frames per second. Compared to the counterparts for Playstation 3 and Xbox 360, support for TressFX has been added, the technology developed by AMD (the first exclusive prerogative of the PC edition) that deals with the management of hair movement so that this is more natural and realistic. This refurbished technical sector then merges with the dubbing of last year, obviously still of absolute level, and a sound always (it must be said) on the piece, both as regards the accompaniment of the action and for as regards the "acoustic rendering" of the setting.


Verdict 8/10 Bongi bongi bo bo bo Comment Tomb Raider: Definitive Edition certainly stands as the reference edition of this first adventure of the new Lara Croft: the solid base presented on the market last year is presented in a new graphic format convincing and successful, with a splash of accessory features that actually improve the "base" product. The lack of unpublished content, however, does not allow us to recommend the purchase, at least at the launch price, of the latest Crystal Dynamics effort to those who have already enjoyed the company of the archaeologist last year. For players who have missed the appointment and have a new generation console at home, however, this Definitive Edition can be the right opportunity to recover the title, also thanks to the shortage of releases that is accompanying Playstation 4 and Xbox One. Pros and cons ✓ Lots of graphical and technical improvements
✓ The newly implemented features convince x No significant additions from the content point of view
x Full price can keep more than someone away
x The difficulty is still set down

Do you want to be a video game expert and know all the tricks, guides and reviews for your video games ? Holygamerz.com is a group of video game fanatics who want to inform you about the best tricks, guides and tips. We offer you the best information to be a reference in gaming, so here you can find guides, tricks, secrets and tips so you can enjoy your games to the fullest. Are you ready to get all the achievements of that game that you resist so much? Enter now and enjoy your favorite video game to the fullest!
Bojack Horseman Special, Season 4 (No Spoiler) ❯

Final Fantasy VIII Remastered review: the SEED, the Witch and the Garden