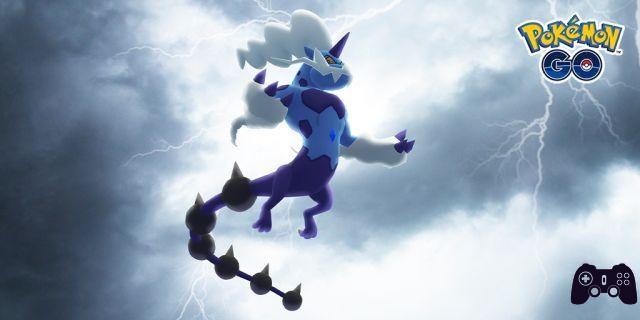 The week dedicated to Nosepass and the Pokémon Steel / Rock ended recently. Have you captured the color variations and Thundurus? Its Embodied form will remain in the raids for a little longer, to make room for that Totem.

From 8 on 16 March a new themed event begins. This is Electromania, which as the name suggests will give space to Electric-type Pokémon. New Field Missions, Boss and Legendary Raid Switching, as well as new Pokémon on the way. For more information on Pokémon GO you can consult ours complete guide.

Throughout all, Elettromania will be active a bonus on friendship packs. Temporarily increases the chance that opening one will give you evolutionary items, such as the Unova Stone needed to evolve Eelektrik.

How to complete the Electromania 2021 timed mission

Pokéstop missions they are renewed with the addition of some new ones. These will reward encounters with Electric Pokémon, Pokéballs, or Mega Energy for Ampharos and Manectric. There are two that will reward Pokémon encounters, and they require both the capture of Pokémon Electric (5 and 25, Tynamo is the guaranteed reward for catching 25 Electric Pokémon).

Also confirmed this time a timed search themed, now available and to be completed by 10am on March 22nd. Of course it is Electro themed and consists of four quick steps. Here's how to complete them.

All Pokémon from raids, wild and eggs

As already mentioned, the last Incarnate form leaves the level 5 raids. Thundurus will still remain the protagonist, this time however in his Totem shape. Being a new arrival, however, the chromatic version will not be released on this occasion: we will have to wait a bit.

The new releases don't stop there. Look around and shoot a lot of Pokéstops. In the wild, in eggs, in level 1 raids and probably also in field missions it comes Tynamo, an Electric Pokémon discovered in the Unova region. It evolves into Eelektrik with 25 candies, and Eelektross with 100 candies and a Unova stone. Take advantage of the opportunity to save plenty of candy.

Megaraids also renew themselves. As promised there is a new arrival: MegaManectric. Neither he nor his Electrike base form are very common in the wild, so it's a great chance for them to get candy (and mega-energy) too. As usual, therefore, three mega-evolved Pokémon will be able to appear in the Gyms.

The raids will also be shuffled as a result. In the following table all raids that we will be able to face during Elettromania 2021 (in addition to Totem Thundurus).

The world of Pokémon GO will therefore be populated by Pokémon Electric for a few days. A perfect time to work, for example, on the second step of the Shiny Mew Masterful Research, which requires you to catch 30 Pokémon of each species. Electromania will bring these Pokémon into the wild and in 5km eggs. (Remember that in the wild you can meet other Pokémon besides those indicated)

Do you want to be a video game expert and know all the tricks, guides and reviews for your video games ? Holygamerz.com is a group of video game fanatics who want to inform you about the best tricks, guides and tips. We offer you the best information to be a reference in gaming, so here you can find guides, tricks, secrets and tips so you can enjoy your games to the fullest. Are you ready to get all the achievements of that game that you resist so much? Enter now and enjoy your favorite video game to the fullest!
Guides Complete Guide to Platinum Assassin's Creed: Valhalla [100%] ❯

Guides Where to find all artifacts - Assassin's Creed: Valhalla [100%]

Fortnite: the Challenges of Week 7 of Season 7

Call of Duty Warzone, how to play in Crossplay

Sword and Shield Pokémon Guides - Where to find Moltres, Zapdos and Articuno Galar