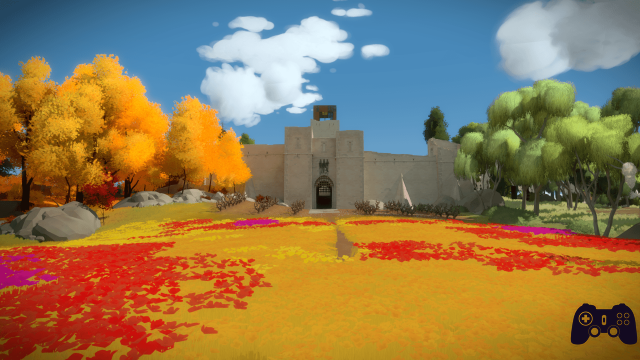 When a title collects success it is normal that the announcement of a new project by its creator, the videogame users prick their ears and begin to want to get involved as soon as possible. And this is precisely the case with The Witness, new puzzle game from the mind that gave birth Braid, Jonathan Blow, which almost 8 years later returns with a new adventure that will test your IQ
Available on PC e PlayStation 4 at the price of 39.99 €, here is the review of The Witness.

We have to go back

With The Witness Jonathan Blow definitely changes register compared to the past, offering us a first-person 3D adventure set on a mysterious island, where our every step will be marked by the resolution of puzzles. It is not known why we are there and not even what our mission is, if not guess something trying to find out some details that help us understand what is happening and possibly find an escape route. Compared to other exponents of the genre, who tackle the theme of puzzle games in the first person, The Witness differs quite clearly from titles such as Portal, The Talos Principle, The Vanishing Of Ethan Carter o Pneuma: Breath of Life, where there was a strong narrative component that acted as a "guide" throughout the game. Here we will find ourselves in the "wild", abandoned to ourselves and our sense of survival to explore every corner of an island that hides more than a secret and it will be up to us to reconstruct the pieces of this intriguing enigma.
The gameplay of the game is based on a single mechanic that is the beginning of the puzzles to be solved: we will have to interact with panels in which to draw a line following a "determined" path within a grid, from a point "A" to a point "B", so as to activate it and start the next event, both this opening a door or switching on a terminal. 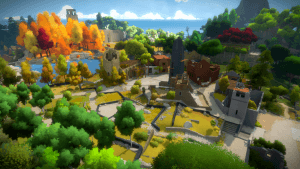 The disarming simplicity of this gameplay is undermined by the inclusion of some variable rules which will be respected to identify the right pattern to follow and which will allow us to complete the path. A further burden on the success of our work will be the lack of a reading key that facilitates the resolution process, forcing us to think outside the box, putting a strain on our cognitive abilities in order to find the solution. Not only that, depending on how we decide to visit the island, we will be introduced to the various types of panels, with results that will gradually grow in difficulty, mixing the various rules together, forcing us to resort to all the previous knowledge that we will have assimilated. solving the previous panels. These, in turn, are divided into two types: those based on logic and those based on observation. In the former we will have to rely on the elements present on the grid. They range from dividing some symbols into equal parts, to reassembling geometric figures reminiscent of the pieces of Tetris (perhaps the most punishing puzzles of the whole game), to completing the path by passing over specific points before concluding the line. The latter, on the other hand, will give a hard time to our ability to grasp every single detail that can help us understand the path to follow. Once it could be the position of a fruit on a tree, another the shadow of an object that outlines our "escape route", in short, nothing should be taken for granted if you want to get to the end.


The real mystery is how you don't break everything

The Witness manages to be of a unique wickedness and will not give any discounts whatsoever. Although taken by despair in the face of the most unsolvable of enigmas, every obstacle will become a riot of imprecations towards the most varied divinities, leading us to refine every sense, and to push ourselves into twisted mental lucubrations in order to explore every possibility. There will also be situations in which you will find yourself on the verge of giving up or, more meanly, of relying on some online solution, and in these cases, you will only have to rely on your willpower that will repay you during the discovery of the solution, a moment " sacred ”and extremely fulfilling, which will motivate you to move forward to solve the next one. Experimentation, trial & error, will be the mantra to follow to get to grips with the hundreds of panels we will have to deal with. and even once we open the way to the possible epilogue we will still have a lot of secrets to discover that to be solved, according to Jonathan Blow himself, it will take over 100 hours. An incredibly high figure but at the same time plausible and in line with our results that saw us finish the "main mission" in about 20 hours, a time completely subject to variations based on the skills of the individual player. 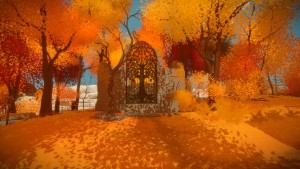 Without providing any spoilers, it is also right to make a clarification on the "ending" of the game and the purpose of our journey. In a completely similar way to another title that we have had the opportunity to strongly appreciate in recent months, Her story, also The Witness chooses the path of free interpretation, postponing possible theories on the game on the various Internet communities in which it is possible to find interesting food for thought also on the various audio files that can be collected on the island, and which if played allow you to listen to some quotes of famous people, who in some way , in their crypticity, they will provide us with some more details and in some cases some elements on the resolution of the puzzles (to give a practical example in a monologue we talk about the perception of objects from a precise point of view, and in the enigma we will have to position ourselves in a certain way to solve it).

The Witness fascinates not only thanks to its aura of mystery that it carries with it from start to finish but also for thanks to its aesthetic appeal. In fact we are faced with a work of style that travels halfway between low-poly and graphic refinement. The trip to the island will take us to explore different areas of a small open world so well characterized and outlined to paint a world that seems suspended in time, motionless, almost ethereal. The player, entering the "depths" of the island will be embraced by its pastel colors, immersed in environments where the hand of man and nature blend in almost breathtaking views. To make this adventure even more immersive there is the total absence of a soundtrack, using only the ambient audio, which in some cases will also become an integral part of the gameplay and it will be necessary to prick up your ears to solve certain puzzles. Also in this case, as for the lack of a narrative thread, the silence of The Witness is a strong and risky choice, but at the same time convincing, precisely because of its ability to almost alienate the player and capture him completely in his atmospheres. 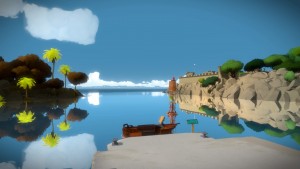 As mentioned, the only narrative component present in the audio logs is offered by an act composed of first-rate actors, among which we also find the presence of "well-known faces" in the gaming field, such as Ashley Johnson Ellie di The Last of Us o Phil LaMarr, Marvin di Pulp Fiction, also known to fans of Metal Gear, for giving voice to Vamp in MGS 2.
The few texts that we will find, mostly the subtitles of the audio files, I am translated into other languages, although there are some syntax errors and problems with accented characters, minor smears and can be easily resolved through a patch.

Verdict 8.5 / 10 In comparison, the island of Lost is a playground for kids Comment The Witness is another brave experiment by Jonathan Blow, who comes out victorious in our analysis. To face the journey to the mysterious island of The Witness you need to be ready for anything and be aware of the many difficulties that you can encounter in the long journey that separates you at the end. At the same time, Blow's latest effort is not a title for everyone. The absence of a plot that acts as a leitmotif or the soundtrack can become an obstacle for those who, in a game, are looking for more than just gameplay or a more concrete experience on the narrative level. Even those accustomed to "ready meals" are warned: The Witness is a title that with its enigmas does not grant discounts of any kind, and risks with its difficulty to put in crisis those who are not open to certain unloving treatments. If you decide to take this journey instead, The Witness will stimulate you, and every little step taken on the island will be well rewarded. The only drawback is the launch price, which, touching 40 euros, is placed on a decidedly high range compared to other titles intended for the digital market only. Pros and cons ✓ Excellent environmental characterization
✓ The island is a fascinating place
✓ Challenging and never banal puzzles x Very punitive general difficulty
x Complete absence of narration and soundtrack
x High price for digital title
Do you want to be a video game expert and know all the tricks, guides and reviews for your video games ? Holygamerz.com is a group of video game fanatics who want to inform you about the best tricks, guides and tips. We offer you the best information to be a reference in gaming, so here you can find guides, tricks, secrets and tips so you can enjoy your games to the fullest. Are you ready to get all the achievements of that game that you resist so much? Enter now and enjoy your favorite video game to the fullest!
Timed Mission Guides of Electromania 2021 and all new Pokémon - Pokémon GO ❯