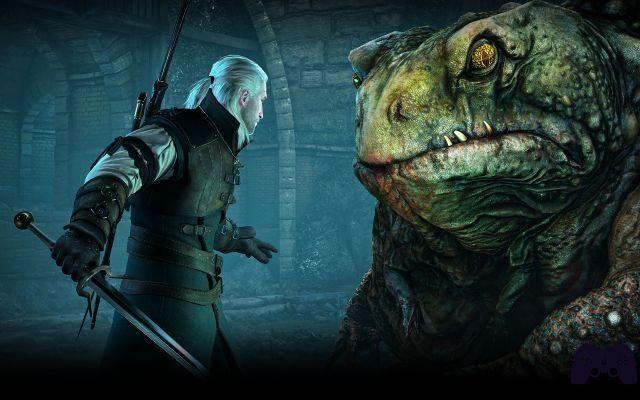 Who in his time read our review of The Witcher 3: Wild Hunt knows that, like many colleagues (and more generally many other players), we have been seduced by the charm of the Witcher by CD Projekt Red, who despite some physiological technical flaws turned out to be the protagonist of one of the strongest and most convincing experiences of this 2015 We could not therefore refrain from taking the gamepad back in hand when the release of Hearts of Stone, the first real expansion of the title after the various updates and DLCs that have time after time added content to the initial play package. Was it worth it to play Geralt of Rivia? The following are our considerations.

Please note: Hearts of Stone content is freely available, whether you have already completed the main storyline of The Witcher 3 or not. Anyway the developers recommend taking on the expansion with a character who is at least level 30, also providing the possibility to start a new game in a separate save where you start from this threshold even if you do not have the contents that are part of the basic package available.

There is also the possibility to face everything during the New Game + introduced a few updates ago, with obviously the difficulty and level of the enemies present adapted to the mode

Hearts of Stone focuses very strongly on the narrative aspect

The main scope of this expansion can only be the new subplot created for the occasion, fundamentally disconnected from the events of Wild Hunt on the narrative level and perhaps also for this reason capable of detaching itself a little from the formula experienced last May. Where the main experience in fact devoted great attention (especially on the level of history, creating a context for each) to secondary missions, Hearts of Stone focuses its attention on its main events, which often and willingly are offered with a decidedly new and unconventional format to which the base game had accustomed us at the time. In short, the feeling, while not missing a few moments closer to the "canon" of Wild Hunt, is that CD Projekt enjoyed playing with his creature, going to pack a story lasting about ten hours which, although starting in the most classic way for a Witcher (the usual contract to be completed to collect the reward, with moreover the possibility of haggling on the price as you can do for the actual contracts) develops and almost ends up experimenting with ideas that had not found a place in the initial package.

Without wishing to anticipate anything under the narrative front, we therefore limit ourselves to citing the incipit of the events, which sees Geralt hired by Olgierd von Everec and his gang to eliminate a creature that infests the sewers of Oxenfurt. Things, as mentioned, will take an unexpected turn from here on, setting the stage for the events of Hearts of Stone.

As already mentioned the cost of this focus on the main storyline is paid by the “background activities” present in the package, which appear a bit subdued compared to what we saw in Wild Hunt: although the secondary missions retain most of the characteristics already found in the original release, the new areas of the map made available perhaps offer a little too often bands of mercenaries and deserters to pass to the sword, usually alternating them with herds of monsters guarding their lairs (even if it happens anyway to come across some more "interesting" creature).

There are two main factors that reawaken attention: first beaten a big hand surely comes from the average level of the enemies in which you come across, certainly well studied and such as to be able to take the most inexperienced (or worse armed) Witchers by surprise, while in the second place we find some playful news both in terms of enhancements, even if to be precise they are extras concerning the 1.10 patch, and on the mechanics plan. Leaving aside the possibility of equipping two extra consumables at a time (exchangeable by holding down the corresponding directional arrow and also in this case "merit" of the latest update), Hearts of Stone introduces a new merchant, the Enchanter, which allows you to add to your equipment secondary (passive or more active) skills. By renouncing the possibility of setting the "old" glyphs and having at least three available on the weapon or armor on duty, the Enchanter by combining stones and runes is able to infuse the equipment with unique characteristics: armor that automatically deflects the thrown darts against the player, upgrades for signs (for example Axii, mind control, which transfers from enemy to enemy when the player eliminates them), bonuses related to the range or the restoration of health or resistance with each hit inflicted. Mechanics that, together with the new weapons that can be obtained, certainly do not shake the gameplay of the product from its foundations, but that certainly refine it and they add new possibilities by expanding their range.

This isn't even my final form

From a technical point of view Hearts of Stone, unlike the basic experience as it arrived in stores in May, definitely benefits from all the improvements made to his creature by CD Projekt Red, that while perhaps the player has dedicated himself to one or more of the many other titles released this year has continued to refine The Witcher 3 with each update. This is not to say that suddenly all the problems reported in the last review are gone: in some cases, at least on PS4, the title still shows the side from the point of view of the framerate and among other things the feedback of the shots is not yet punctual in 100% of the occasions, but the work done by the Polish studio can be seen and for example, it is difficult now to run into problems such as the inability to interact with the various non-player characters present on the screen. As for the sound, on the other hand, we can only repeat the beautiful words spent last time, thanks to the excellent dubbing and the equally successful sound accompaniment, here embellished with a couple of extra tracks.


Verdict Yes Swiss? No, Novigrad Comment CD Projekt Red has taken us again this time and, after the excellent Wild Hunt, packs an expansion that manages to give 10 hours in full The Witcher style but somehow also a little out of the box appreciated some month ago. There is some news, although in this case the "innovative charge" is less bold, even on the gameplay front, which rather than renew itself is refined without going too far from the sowing. A product, also thanks to the absolutely not prohibitive price, certainly recommended to all those who in May have already dressed the role of Geralt of Rivia, but more generally also to those who love good stories. Pros and cons ✓ Told really great
✓ Some playful refinements x Subdued secondary content

Do you want to be a video game expert and know all the tricks, guides and reviews for your video games ? Holygamerz.com is a group of video game fanatics who want to inform you about the best tricks, guides and tips. We offer you the best information to be a reference in gaming, so here you can find guides, tricks, secrets and tips so you can enjoy your games to the fullest. Are you ready to get all the achievements of that game that you resist so much? Enter now and enjoy your favorite video game to the fullest!
News The Legend of Zelda: Link's Awakening compared to the original ❯

Prey Review: Mooncrash - Procedural side of the Moon

Add a comment from The Witcher 3: Wild Hunt - Hearts of Stone review