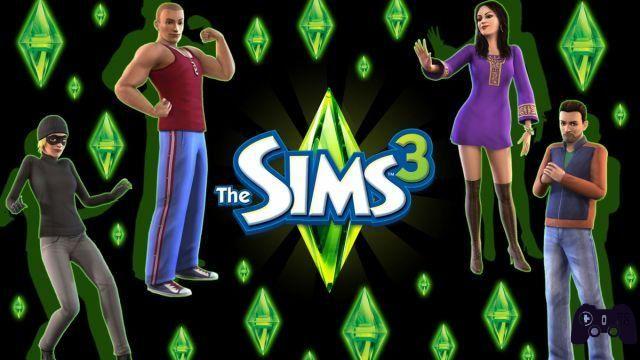 A few weeks after the release of the eleventh (and final) expansion for The Sims 3, titled Into The Future, it's time to return to take a look at the title developed by EA Maxis: although it has been four years since the original release, and the development team has already announced the fourth official chapter in the series, it is only now that we can really verify how all the potential of a similar title has been exploited, and if there are still gaps to be filled or unresolved problems.

With a game like The Sims 3, in constant development thanks also to the particularly lively and productive community, it is still impossible to start making a judgment without having the basis of comparison with the past, and it is precisely in these aspects that we notice the first point force of the simulator.

In the first two chapters, in fact, although the gameplay granted the possibility of living a "social" life, the latter was studded with loading times, in the passage from one neighborhood to another, or from one family to another. Going downtown to shop, visit a theme park or simply relax in the public gardens, required the continuous passage from one screen to another, breaking the gaming experience in a way that alone deeply contradicted the very essence of "simulation. of life ".

Conversely, in The Sims 3 they can be found "American" urbanized areas, that is, closed neighborhoods in which, however, it is possible to find a sense of "self-regulated community" typical of the overseas suburbs, and equipped with the various commercial activities necessary for everyday life (plus additional ones that can be inserted at the player's discretion to give a touch of personality to the area). In these, the transition from one area to another (or from one family to another) is extremely smoother, allowing you to move from your home to the surroundings without having to submit to loading times that fragment the game. The illusion of living a continuous and full life is therefore very well respected, allowing the player to indulge in daily activities. However, these are not limited only to their native residential neighborhood, and can also expand into the three holiday areas offered by the first World Adventures expansion, in which there are quests and exploration possibilities that bring a pleasant breath of fresh air to the gameplay.

Same but not too much

Speaking of gameplay, however, it is still pleasant to see that Maxis he did not opt ​​for particularly radical changes in the basic structure, which therefore remains within the reach of all newbies and appears immediately familiar to fans of the series.

Starting the game, and after choosing the neighborhood in which to settle, we are faced with the usual two options: take control of the destinies of one of the pre-born families, or start a new game with a sim created by us. In the latter case, it is immediately clear that, although the basic structure has remained unchanged, the improvements to it are nevertheless remarkable.

As with the revolution in neighborhood life, the Individual sim and house creation tools have been expanded and improved. We will no longer be limited to a basic "castrating" structure, made up of angular characters with a relatively similar AI, wedged into homes with standardized furniture in shape and color.

Unlike in the past, therefore, our characters will be able to have both physical and psychological traits, able to have a real impact in the game. A character with a personality akin to cleanliness will benefit from keeping a tidy house, and in turn the AI ​​will act accordingly by favoring such behaviors over others. Creating a sim with defects in kleptomania or melodramatic or unfriendly behaviors will lead to social responses that are very different from sunny and friendly characters, and at the same time these traits can influence career and ambitions.


Basically, the same AI has been designed to eliminate the need for the player to constantly monitor the needs of their characters, which they will automatically tend to satisfy by themselves following the psychological characteristics that we have chosen during the creation phase. All this without however taking away the taste of being able to manage every moment of the day of the sims to that slice of players who so desired. In this case, of course, the gameplay of the game becomes more managerial than simulative, as the timing of the days are definitely too short to support any type of activity, and it is necessary to categorize priorities, still falling within the perspective of living a life the as close as possible to reality.

As already mentioned, the other main aspect of the game (which has always characterized the gameplay of The Sims series), namely the creation and development of homes, has also benefited from this more depth in customization options. In addition to improved and more intuitive construction tools than in the past, both the houses and the furnishings can be varied in colors and arrangements: walls and furniture that can be positioned diagonally, wall units at various heights, raised floors, booths and galleries naturally find their space in the game, making it much easier to build homes that are more like any player's blueprints. In doing this, all the attention to detail of the development team emerges: the graphics sector enhanced compared to the past allows a visual rendering unprecedented in the series, without the framerate drops seen in the predecessors even with numerous sims on the screen and light effects. in high quality. It will not be uncommon to spend hours zooming in on the rooms of our home to the maximum and visiting them pleased a meticulously detailed virtual tour, in which the contribution of content released on a monthly basis by EA or made for free and shared by the prolific community is certainly helpful.


Although devoid of a real online multiplayer mode, in fact, it is still good to say a few words on how Maxis has managed to foster the creation of a community that integrates perfectly with the concepts of "social life" on which the title is based. We can therefore have in our homes objects created by people on the other side of the world, or sims shared with lots of houses, suburbs and background stories ready to be lived, in a sort of asynchronous multiplayer.

Verdict 9/10 How to simulate God and an architecture faculty in one fell swoop Comment The Sims 3, evaluated in its entirety, is a game that brings together tradition and novelty, both by bringing pleasant additions for old players, and by succeeding in the feat of making the "alternative life" experience even more plausible for the new ones, and eliminates many of those castrating limitations that negatively affected the illusion of freedom in the predecessors. The meat on the fire is a lot, and is able to satisfy almost anyone, from fans of the "hard and pure" simulation (to whom expansions such as Seasons, Pets, Generations or University Life are dedicated), to those who see in The Sims 3 the chance to escape from reality (for which Maxis made Supernatural and Into The Future, as well as the downloadable city Dragon Valley). All this, unfortunately, has its price: although the base title is relatively cheap, analyzing the game in its entirety including expansions and bonus material, and even taking into account any bundles, the net cost definitely rises far beyond the scope of a average player, reaching around € 300. On many optional content, such as the Stuff Packs, we could easily overlook this aspect (once again, the community can very well make up for the lack of additional material), but speaking of key game mechanics , like those introduced in World Adventures, Pets, Seasons, Late Night, and Ambitions, players are required to compromise between desired features (and their final experience quality) and price. Fortunately, this trade-off is entirely personal, and each set is an addition in its own right, requiring none of the above to be able to express its potential. Pros and cons ✓ Freedom of action and improved exploration compared to its predecessors
✓ Customizable material and advanced creation tools
✓ Varied content and asynchronous multiplayer thanks to the community x A need for a compromise between quality and cost

Do you want to be a video game expert and know all the tricks, guides and reviews for your video games ? Holygamerz.com is a group of video game fanatics who want to inform you about the best tricks, guides and tips. We offer you the best information to be a reference in gaming, so here you can find guides, tricks, secrets and tips so you can enjoy your games to the fullest. Are you ready to get all the achievements of that game that you resist so much? Enter now and enjoy your favorite video game to the fullest!
Starcraft II Review ❯

Song of the Deep review

The Legend of Zelda: Ocarina of Time 3D review

Minecraft Story Mode: Season 2- Episode Five: Above and Beyond review