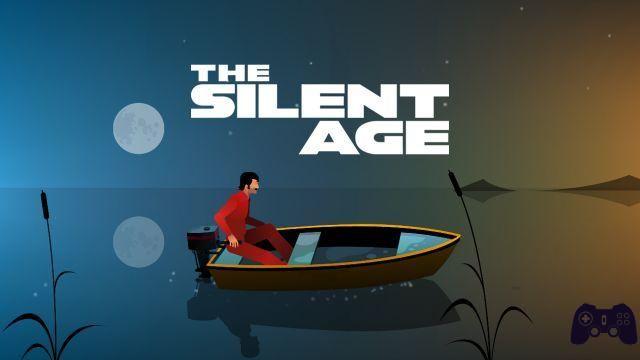 Sons of the silent age, pace their rooms like a cell's dimensions, rise for a year or two then make war.

Today we are chasing the American dream of back-breaking jobs and minimum wages. The Silent Age transports us to the near past of the 70s, in the USA at the time of the cold war, in the period of disco clubs and embarrassing mustaches. The fear of the great Mother Russia that could launch a nuclear bomb on the shores of Washington at any moment is always present. Our protagonist, Joe, does not seem to care, however, and lives every day for hard work, leaving these matters of national security to those who understand much more than him. We take over when the monotony of his life is completely turned upside down.

The Silent Age was released on May 29, 2015 on Steam and December 9, 2012 on mobile devices Android e iOS, developed by House on Fire, a small Danish team of eight people born just in 2011. The title is a classic point and click with a serious character and very effective minimal graphics, which makes it easily recognizable. But why are we at Holygamerz recovering a title from five years ago? Simple, The Silent Age can be found on Utomik, the monthly subscription platform that we tried a short time ago, and if we are taking it in hand now it means that it is worth playing. 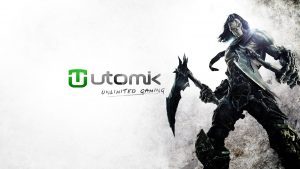 To learn more:
Utomik: the Netflix of video games

Sons of the silent era


Joe's story is short, not very complex and lacks detailed characterizations, what I can tell you without spoilers is therefore even more so.


We are in 1972 and our protagonist is the typical average man, without desires or talents, who goes from one job to another as any boy who graduated from the snacking university does today. For two years it seems to have settled at the bottom of the pyramid hierarchy of a large American national defense company. After working as a painter on ships, a year in the military, and the human advertising sign, Joe finds his fortune as an Archon cleaner. Despite the unenviable curriculum, Joe does not lose heart, and seems to be easily satisfied with what little life has to offer him. The day we take the commands of this aspirational automaton, his boring routine runs into a sudden waltz twist that will turn his future upside down, as soon as we find a post-it above the door of our office (closet) left by our colleague and friend Frank, who warns us to go in front of the boss's desk. What seems like the waiting for the public pillory, turns into a big surprise, when we learn about our promotion, since Frank has just quit without saying anything to us, and we will therefore take his place. Let's not waste time, our “new” job awaits us, we get our friend's pass and we are immediately ready to go and clean even the areas of the company where it was previously forbidden to enter. Joe still can't believe the turn the day has taken, but it's not over yet. When the elevator that takes us to the Archon labs opens, we immediately see a trace of blood that continues to the last door of the corridor. Following it we reach the feet of a dying man slumped to the ground, who has just been shot. The latter has come from the future to save humanity from a great mistake, but has clearly failed in his mission, and therefore hands us his time travel device, ordering us to find himself, before he can embark on the journey. and fail again, saving his life and the fate of humanity. There hasn't been a little mess inside those labs, and guess who's the only person around when the police arrive. Our dear Joe is then taken to the station, sitting opposite the good and the bad cop, with advanced technology in his pocket to travel into an apocalyptic future where the human race is extinct. 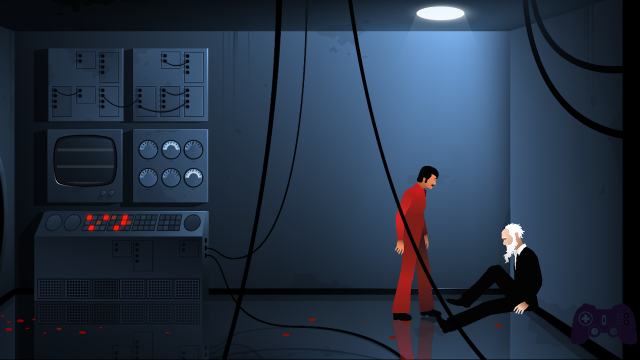 From here on we get to the heart of the game and therefore we will not continue with the story. However, we can analyze the work as a whole, which proposes one history full of potential, very little mentioned in the first chapters. The main problem is that Joe is almost always silent, and hardly lets himself go into internal monologues with the player, who often finds himself disoriented and does not understand what the protagonist has in mind to do. For this reason, some parts of the game are more difficult than they should, but more on that later. In the end though The Silent Age manages to amaze the viewer with consecutive twists that leave you speechless even in their clichés. The almost random and senseless actions of the first chapters acquire raison d'être in the final ones, which however take a little too long to arrive, leaving the player in an absurd and unexplained context, if not at the end of the game. 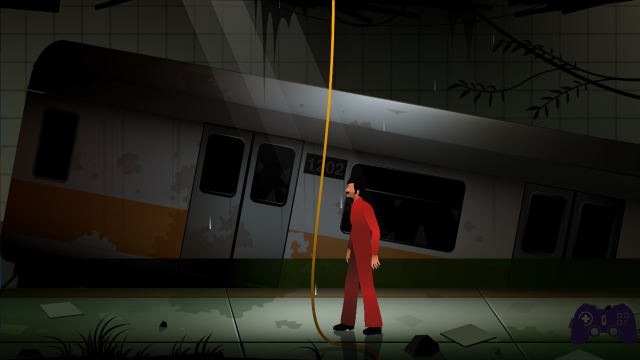 The point and click mechanics are used in its purest version, devoid of any crafting or attention to detail of the items collected. You point and click, that's enough. The only positive note is time travel, which can be used to overcome obstacles on the path by moving from one temporal dimension to another, bringing with you the tools taken in the present or in the future. The alternation between the 70s and the apocalypse feeds an enormous curiosity in the player who discovers the devastating effects of time in different environments, finding objects and corpses that have resisted over the years. As mentioned, the help from the protagonist will be very few, and in some chapters we will not even understand why we are in a certain place, thus leading us to collect anything and randomly groped until we fit the right combination. The linearity of the mechanics deprives the player of satisfaction in solving puzzles that are too surreal to be overcome with logic, and therefore solved by clicking on the whole screen. To make the game more interesting, it would have been enough to deepen the gameplay with some crafting action, greater interaction with the collected objects, and some more help on the protagonist's reasoning.

The Silent Age is still very enjoyable, despite the linearity of the gameplay and the simplicity of the story that gives real surprises only to the photofinish. You can play the title for free by taking advantage of the Utomik trial period.

Verdict 8/10 Short but intense. Comment The Silent Age takes a big dip in the 70s in the US at the time of the Cold War. His serious character leaves little room for the humor that usually enriches the genre of point and click, but the story manages to intrigue the player, surprising him especially in the final stages. The gameplay is in its simplest form, only deepened by ingenious time travel. Perhaps the price at which it is offered on Steam is too high, but being included in the Utomik subscription you could (and should) take advantage of the opportunity. Pros and cons ✓ Excellent artistic sector
✓ Full of twists
✓ Time travel enriches the gameplay x Low longevity
x Basic mechanics
x Initially anonymous story
Do you want to be a video game expert and know all the tricks, guides and reviews for your video games ? Holygamerz.com is a group of video game fanatics who want to inform you about the best tricks, guides and tips. We offer you the best information to be a reference in gaming, so here you can find guides, tricks, secrets and tips so you can enjoy your games to the fullest. Are you ready to get all the achievements of that game that you resist so much? Enter now and enjoy your favorite video game to the fullest!
News + Community play, the new PvP ❯