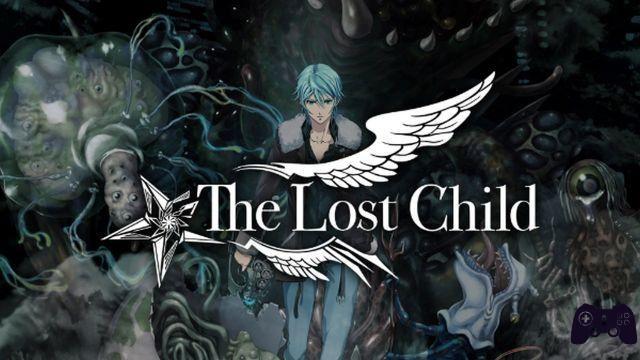 Last year a sequel to El Shaddai: Ascension of the Metatron. We are talking about The Lost Child which, thanks to NIS America, has also been distributed in the West on PlayStation 4 and Nintendo Switch for a few months now. After playing the title thoroughly on both platforms, we are finally ready to tell you ours.

Once again against the gods

The Lost Child is a sequel to El Shaddai

The Lost Child is in effect a sequel to El Shaddai, action RPG released in 2011 on PlayStation3 and Xbox 360. We are at a distance of ages from the events then narrated but it is possible to realize the connection from the first hours of the game, both from the point of view of content and from that of the narration. Young Hayato, a journalist at LOST, an occult magazine, is investigating a series of suicides that were taking place en masse at his hometown station. He himself risks falling victim to the strange events of those weeks, when he is saved by a mysterious girl who will provide him with a briefcase before disappearing. Lua will then appear, an angel girl who will accompany our protagonist and who will tell him how inside there was the Gangour, a divine weapon granted by God to the "Choosen One " to fulfill a mission of vital importance. For the duration of the game we will find ourselves dealing with cryptic characters of which it will be possible to find out more only as the story continues. The entire narrative thus recalls that of El Shaddai, with unclear elements and which continually tries to surprise the player with chain twists. The truth, however, is quite different and although everything is enjoyable and acquires meaning towards the end, we are faced with a production with many gaps and, in our opinion, also with some oversights.

We are facing a dungeon crawler with turn-based combat

The Lost Child is a dungeon crawler with classic turn-based combat. The exploration phase takes place inside called dungeons Layer divided into several floors at the end of which there will be the boss on duty to defeat. To continue, the resolution of one or more puzzles will be required, sometimes interesting, sometimes frustrating due to an unsuccessful adaptation into the English language (a discourse that we will deepen in more detail later). The fights, on the other hand, will see our two protagonists on the field flanked by 3 Astrals (plus a group of reserves) with which to counter enemies. These are demonic creatures, fallen and / or pure angels that we can capture with the Gangour. From this point of view, the call to the universe of Shin Megami Tensei seemed strong to us, despite the different way of proceeding with the acquisition of these allies of ours. Team building is also of vital importance given the need to vary the elements to fully exploit the weaknesses of the opponents.

While our protagonists will level up by acquiring experience points, to upgrade the "minions" you will have to spend karma points (acquired at the end of the battle). However, each of them will have a level cap that can be unlocked through the EVILve, an operation that will reset our ally. Among the various options that we will have available is that of analyzing mysterious objects in order to obtain increasingly stronger equipment or even that of moving skills from one demon to another (at the right price).


Not all choices are considered

Some game design choices make you turn up your nose

In the course of our experience, which lasted about thirty hours between main story and sub quest, we have often noticed some game design choices that made us turn up our noses. For example, any useful information relating to the continuation of the plot will be recorded in a special game menu, to allow the player to always recover previous events. However, the same will not happen for the secondary missions for which it will be necessary to literally have an iron memory to remember every detail (or have a pen and paper). Another choice that, in our opinion, was short-sighted, concerns the secondary effects of weapons and statistics. There are so many but there is no description that could actually be of help and, even after the game is over, our doubts remain. We found the worst of the worst, probably, in the skill learning system. During the fight, in a completely random way, the Fruit of Wisdom that, instead of having the selected character perform the action selected, will force him to use another one for free, unknown and random, and which will from that moment on always be available in his moveset.

The list of defects then continues with the aforementioned English adaptation which is not the best. In various situations it was difficult for us to understand how to solve the puzzles proposed in the Layers precisely because the description of the clue present there was devoid of any sense. Even the various backtracking sections required, whether to complete a side quest, or to obtain specific achievements, have often been tedious.


Ugly on the inside, beautiful on the outside?

In design, The Lost Child gives its best

From a style point of view, however, The Lost Child probably gives its best. The references to the universe of Shin Megami Tensei continue thanks to the appearance of the various Astrals that we will meet during our adventure. The variety is quite high as each has a unique design (which will only be revived and modified following an EVILve). With its appearance entirely in two dimensions, from the visual point of view The Lost Child therefore manages to be particularly enjoyable, with an unpretentious graphics but full of obvious strengths. In the Switch version, however, we noticed how the framerate drops particularly during some attacks full of special effects and, unfortunately, we were also the victim of some slowdowns while exploring the dungeons.

The same discourse does not apply, however, to the soundtrack. He does his duty to accompany with his arrangements, but he really leaves the time he finds. We therefore have music that can be easily forgotten and that have not managed to involve us in the least on any occasion. Playing with or without audio probably would have given an all too similar effect.

Verdict 6.5 / 10 To a certain thank goodness that it is over Comment The Lost Child was a playful experience that in the first hours of the game particularly intrigued and amused us. The gameplay, ally acquisition, growth and exploration mechanics gave us the idea of ​​having a lot of potential. Unfortunately, our expectations diminished as we proceeded towards the end, crucial moments in which the defects of the game became obvious and less and less bearable. The last few dungeons, especially the last one and the extra one, have made us reach levels of frustration that we never would have expected after the first few hours of play. The rating of "6.5" is clearly dictated by the problems we encountered on the Nintendo Switch compared to the PlayStation 4 version. Those who play it on the Sony console may consider it a slightly better rating. It is a purchase that we obviously recommend to those who appreciated El Shaddai because, despite the enormous diversity of contents, it expands and enriches its lore with some material that is not all to be thrown away. Pros and cons ✓ Successful and varied design
✓ Good longevity
✓ Good potential ... x ... but misused
x Some not very sensible concepts
x Inadequate adaptation
x Some problems on the Switch

Do you want to be a video game expert and know all the tricks, guides and reviews for your video games ? Holygamerz.com is a group of video game fanatics who want to inform you about the best tricks, guides and tips. We offer you the best information to be a reference in gaming, so here you can find guides, tricks, secrets and tips so you can enjoy your games to the fullest. Are you ready to get all the achievements of that game that you resist so much? Enter now and enjoy your favorite video game to the fullest!
Trine 3: The Artifacts of Power review ❯

Kirby and the Hero's Cloth Review

Add a comment from The Lost Child Review - An unexpected sequel