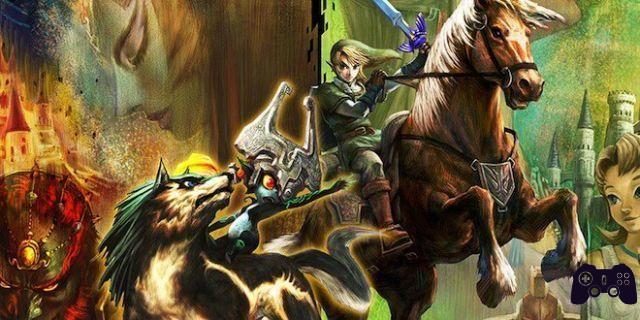 On February 21, 1986 on Japanese shelves, it was distributed The Legend of Zelda, the first chapter of what, thirty years later, is probably among the best known and most loved series in the videogame world. In December 2006, accompanying the launch of the Wii, there was Twilight princess, new episode of the saga that came out in a double cross-gen format also for the unfortunate Nintendo Game Cube. Ten years later, on March 4th Twilight Princess will return in a new remastered version for Wii U, similar to what has already happened with The Wind Waker HD two years ago. Last Friday, Nintendo guests in Milan, we began to retrace Link's adventures in the land of twilight, continuing them later comfortably on the sofa at home. Will the impact with 1080p have had the desired effect?

We will talk more about the dark plot of Twilight Princess in the review phase, just know that this chapter is set in the kingdom of Hyrule, not yet submerged by the cel-shaded sea of ​​The Wind Waker: plains, cities, mountains are at the complete disposal of Link and Epona, both in daylight and in the dark of night. Ten years ago the novelty brought to the series by Twilight Princess was the transformation into a wolf of Link, who in this four-legged form, could talk to animals and see the souls of the inhabitants of Hyrule. Accompanied by the inevitable shoulder and prompter of the series, personified in this chapter by Midna, a being from the dark realm, who hides a secret (Mystery that after ten years remains such only to those who have never played it and / or to those who did not come close to Hyrule Warriors). 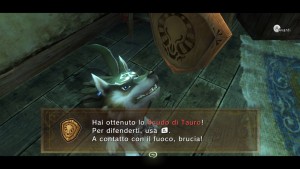 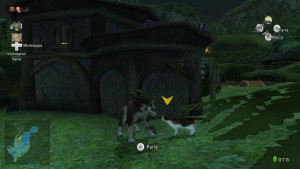 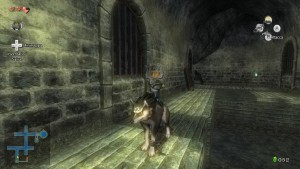 It happens that it happened

Twilight Princess HD is based on the Game Cube version of the title, resulting, for those who have played it on Wii, a mirrored experience, with a Link that returns left-handed (as in every other chapter of the series) and a gameplay completely based on the GamePad and Controller Pro keys.
In fact, the motion control is absent, which leaves the spotlights to be relegated only to the aiming system via the GamePad motion sensors (which can be deactivated at any time in case of problems by the player). Obviously, to benefit from the remastering is the visual sector, which goes from 480p of the original version to 1080p, with a stable frame rate at 30 (29,5 to be precise), moreover all the textures of the game have been practically redone from scratch, giving new life to polygonal models and play environments. The team in charge of the remastering has dedicated itself to the light and shadow system, improving it compared to the GameCube version and adding effects that were not possible ten years ago (for example, more light on the hairs of Link Lupo).

Fast and immediate, with some supporting amiibo

Twilight Princess HD also inherits the main feature of all The Legend of Zelda Remakes released in recent years: real-time inventory. At any time inside a dungeon or in the plain of Hyrule, a simple touch on the GamePad will be enough to change tools immediately, favoring the change of weapons or access to potions. A button has also been added that allows Link to quickly transform into Wolf and vice versa, obviously after reaching a certain point in the story. Furthermore, in the inventory menu, there is space for the amiibo function which, similarly to other titles for Wii U and 3DS, allows you to receive bonuses depending on the character scanned. 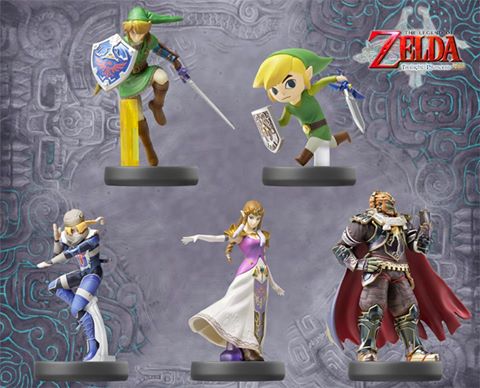 The two Links will each fill the quiver once a day, Sheik and Zelda will do the same with the supply of hearts, while Ganondorf will give a taste of Heroic mode, doubling the damage taken.


Obviously, the Link Wolf amiibo, which will be available from March 4th, will unlock something extra: an arena of challenges similar to the one that can be faced within the title by Link in human form, but this time on all fours. The Cave of Shadows will consist of 25 unlockable challenges continuing in the Twilight Princess storyline and, once completed successfully, will give away the richest pouch in the game (9999). A not essential extra but that makes the Link Lupo amiibo more than a mere ornament. 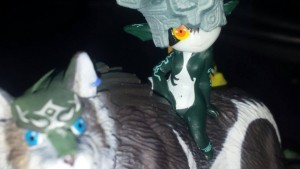 Comment The remastering work done with Twilight Princess HD is remarkable, and from the very first hours, the title is rejuvenated and we are sure it will be a joy for those who have never played it. It remains to be discovered if there are further gameplay changes beyond those already mentioned and how much this will affect the replayability of those who Twilight Princess already devoured it ten years ago. Pros and cons ✓ Real-time inventory
✓ More comfortable camera
✓ Heroic mode available immediately x In addition to the technical aspect, any improvements?
Do you want to be a video game expert and know all the tricks, guides and reviews for your video games ? Holygamerz.com is a group of video game fanatics who want to inform you about the best tricks, guides and tips. We offer you the best information to be a reference in gaming, so here you can find guides, tricks, secrets and tips so you can enjoy your games to the fullest. Are you ready to get all the achievements of that game that you resist so much? Enter now and enjoy your favorite video game to the fullest!
Guides Guide to Miyako Kaburagi - Persona 5 Strikers ❯

Add a comment from The Legend of Zelda: Twilight Princess HD preview