The Last of Us: Left Behind review 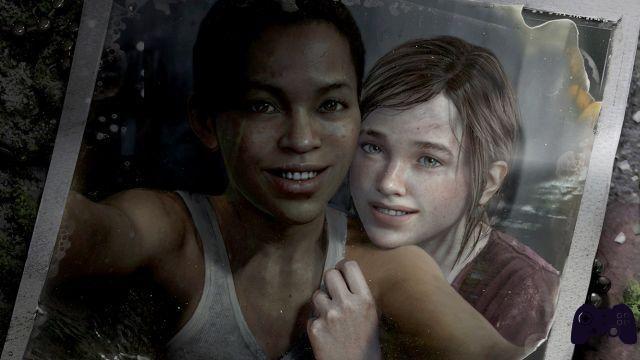 The arrival of The Last of Us on Ps3 gave, last year, a strong jolt to the entire videogame market. Title loved above all for its narrative component, accompanied by an almost new generation technical sector, the new effort by Naughty Dog has recently received its first DLC dedicated to the main campaign.
The Last of Us: Left Behind, unlike the main chapter, it will make us take on the role of Ellie, going to deepen the past and the psychology of one of the most loved videogame characters of recent years.

As expected, Left Behind's main feature is its narrative component. The boys of Naughty Dog have once again managed to create a small pearl of videogame storytelling which, despite the events being already known to those who have played the full title, manages to amaze, surprise and excite for the high quality of the script.
This happens thanks to the development of the action that alternates sequences from Ellie's past, where we find a more carefree and less dramatic character, with those of the present, within which we have a psychologically more mature protagonist due to the many events that have occurred. To the interesting method of narration must be added the dialogues that, simply, are at the highest levels of the original title, with characters characterized to perfection and as alive as real people could be.
One thing to note regarding the plot of this DLC is that, of course, it must be played after the end of the main game in order not to incur the “spoiler” threat. The only flaw of this new adventure of Ellie is to be found in its duration which, unfortunately, is around two and a half hours on "normal" difficulty and which could discourage those who are not willing to spend. 15 € for a few hours of play.

The gameplay of Left Behind is what we have come to love with the main title, but the interesting addition of being able to face infected and humans at the same time (throwing, with clever tricks, the former against the latter) manages to give a bit of panache. to the clashes. The continuous alternation of exploration sections, set in the past, with action sequences, set in the present, manages to give an excellent overall rhythm and keep the player glued from the beginning to the end of the story. The difficulty of the title is average, with a "normal" difficulty that can be easily completed, but with a "survivor" mode that will make even the most experienced players sweat. In general, the impression is that of being in the final sections of the main story, with several enemies ready to attack us from all sides. Enemies who, at the highest levels, are endowed with excellent artificial intelligence and, in the highest difficulties, ready to organize themselves to end the life of the much loved Ellie. Fortunately, being the girl alone in the action sequences, we will not have to reckon again with the poor artificial intelligence of our travel companions.

Who needs the Next Gen?

Once again, the technical side of TLOU is one of its strong points, with facial animations of devastating beauty and settings treated beyond belief. Then if you add a soundtrack, as Naughty Dog has always accustomed us, thrilling and a dubbing of the highest level, here we will have a job that has nothing to envy (indeed) to titles released on new generation consoles, still amazed that Left Behind is playable on Ps3. There is a negative note to do about the audio: unfortunately, during the intermission sequences, the dialogues are a bit too low and you have to resort to the use of subtitles to fully understand the story.

Verdict 8.5 / 10 Short, but intense like few other DLCs Comment Ultimately we are faced with an unmissable DLC for all those who want to explore more in depth the splendid characters created by the Naughty Dog team. Left Behind manages, despite the absence of great innovations in terms of gameplay and plot, to amaze, surprise and excite the gamer from start to finish, dealing with some themes, such as friendship, with grace and hardness at the same time . A small videogame pearl, unfortunately undermined by a longevity that is too calibrated downwards. In any case, if you are among those who believe that narration is the main feature of a video game, please raise the final grade by half a point without thinking twice. Pros and cons ✓ High-level storytelling
✓ Technical sector at the top for its generation
✓ Solid and proven gameplay x No particular innovation in terms of gameplay
x Limited duration
x Some audio defects during the cutscenes

Do you want to be a video game expert and know all the tricks, guides and reviews for your video games ? Holygamerz.com is a group of video game fanatics who want to inform you about the best tricks, guides and tips. We offer you the best information to be a reference in gaming, so here you can find guides, tricks, secrets and tips so you can enjoy your games to the fullest. Are you ready to get all the achievements of that game that you resist so much? Enter now and enjoy your favorite video game to the fullest!
Double Cross Review - The Dimensional Guardians by 13AM Games ❯

Add a comment from The Last of Us: Left Behind review