The differences between LED TV vs. OLED TV 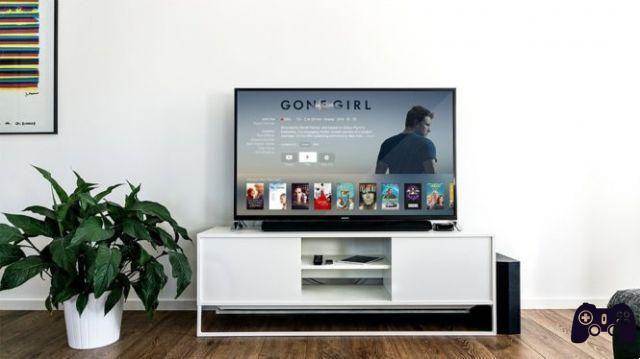 
QLED vs OLED what's the difference and why is it important ...

OLED TVs are said to have better picture quality, consume less power and have a much faster response time than LED TVs. But OLED technology is still relatively new, which means OLED TVs are more expensive and their lifespan has not yet been tested if we are to compare it to the 100.000-hour lifespan of LEDs.

While OLED TVs are thinner and weigh less, they are also smaller. Unlike LED TVs, which go up to 90 inches, the largest OLED to date is only 55 inches, although that may change very soon.

LED indicates the light emitting diode. These are small solid-state devices that emit light due to the movement of electrons through a semiconductor. LEDs are relatively small compared to incandescent and compact fluorescent bulbs, but they can get extremely bright. However, LEDs aren't small enough to be used like pixels on a TV. That's why LEDs are only used as a backlight for LED TVs. LED televisions work by using an LCD screen to control the luminous flux of the LEDs that act as a backlight.


OLED stands for organic light emitting diode. Quite simply, an OLED is made with organic compounds that glow when powered by electricity. OLEDs can be made to be extremely thin, small, and remarkably flexible. In an OLED TV, each pixel lights up independently of the others.

With sizes ranging from a few inches to 90 inches, LED displays have the advantage over other types of displays. LED displays can be quite thin and light, but they are thicker and weigh more than their OLED counterparts due to the larger size of the LED diodes that give the display backlight.

OLED displays currently reach 55 inches and don't have a huge range of sizes available for production. These TVs, however, are much thinner and lighter than their LED equivalents, as the size of the organic diodes is extremely small.

In terms of picture quality, OLED outperforms LED TV in almost all respects.

The best LEDs can have a decent apparent contrast ratio, although in general they are mediocre. Because OLED can turn off its pixels, it actually has an infinite contrast ratio, making OLED much better in this category.

The resolution for LED TVs has steadily increased over the years, and with some of the newer displays, the pixel count can go up to the 4000 range. OLED makers, on the other hand, have only developed 1080p models. .

LED TVs are extremely bright and therefore have a slight edge over OLEDs in this category. OLED displays can also be bright, but running OLED pixels at maximum brightness for extended periods not only shortens pixel life, but pixels also take some time to return to full black. However, LED TVs are only technically brighter overall on an all-white screen. If a viewer thinks of a small white rectangle within a larger black screen, the OLED may appear brighter.

Although LED has an excellent color gamut, the difference between diode technology and OLED allows the OLED display to create a significantly wider range of color space. This means that it can generate more colors with subtler shades than its counterpart.

LED TVs have been around for a long time and have proven that they can reliably last up to 100.000 hours of use.

OLED TVs do not yet know how much life they have due to their recent development and limited use in that time frame. Some colors within these types of displays may have different lifetimes. As one color degrades, it will affect the rest, which makes this a problem. The compound used to create the blue color in OLED TVs is known to have a shorter lifespan. Samsung appears to combat this by using a blue pixel that is twice the size of other colors and reducing the applied voltage. LG uses white subpixels and places a color filter on them to create the desired red, green and blue colors. These bandages may very well work, but only time and use can tell how OLED will hold up in the long run.

For starters, LED displays consume up to 20-30% less energy than other LCD displays. OLED displays are generally superior to LEDs in terms of power consumption, use less energy overall, and function more efficiently due to the ability of individual diodes to turn off without affecting other diodes.

LED TVs actually attempt to block light the way they are designed. Hence, due to the human eye's need to capture light to see the screen, these TVs have suboptimal viewing angles.

While OLED TVs offer perfect viewing angles, as they produce light instead of trying to block it, the only models available now are curved. Secondly, due to the curve, anti-reflective coatings tend to tint the image when viewed from extreme angles. Again, OLED technology is still superior in this respect in relation to LED.

Buying a TV? Here are 11 things you should know

The best alternatives to Chromecast in 2022 ❯

add a comment from The differences between LED TV vs. OLED TV